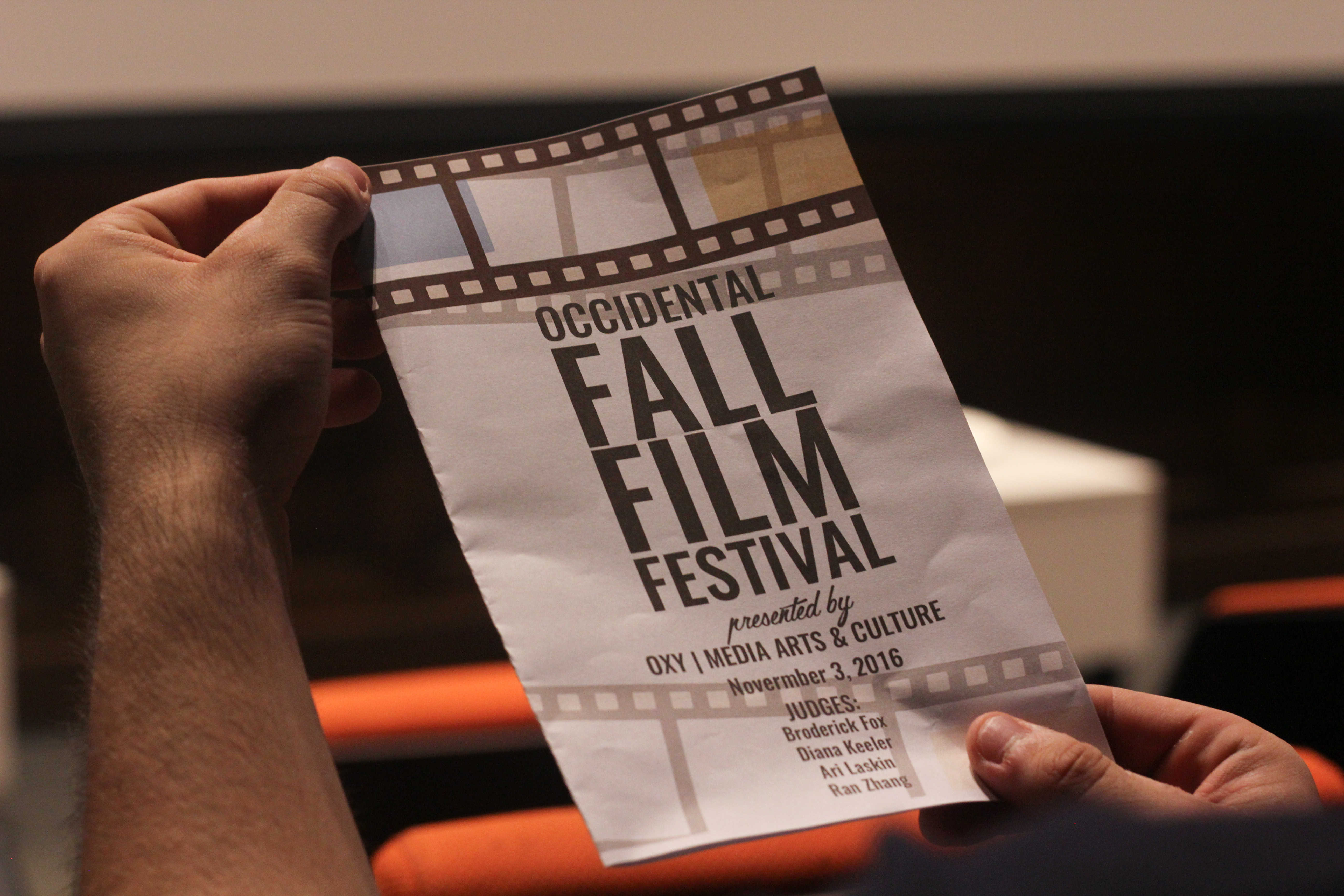 A professional break-up service, the consequences of drinking and driving and a failed drug bust were just a few of the premises explored at the 14th annual Occidental Fall Film Festival. 13 student films were showcased at 8 p.m. last Thursday in Choi Auditorium.

Each year the festival is sponsored by the Media Arts and Culture (MAC) department and organized by MAC students.

MAC Student Production Coordinator and past Film Festival winner Ran Zhang (junior), along with a group of student volunteers, organized this year’s event.

“The Festival has been an outlet for students to show their work and show where they are in their creative processes,” Zhang said.

Students of any major can submit to the festival a film about any subject, the only requirement being that an Occidental student play a principal role in the production process. According to MAC Chair and Professor Brody Fox, the loose requirements allow for a broad range of films. This year’s 13 films ranged in length from two minutes to 12. Films were shot at a variety of locations, such as Emily Henderson’s* (senior) “Textual Attraction” recorded outside of the Cooler and Cleo Charpantier (sophomore)’s “Grand Prouillac” filmed in southern France.

While the main focus of the festival is to celebrate student films outside of the spring showcase for MAC senior comps, there is also a competitive component to the event. Each year the organizers invite a mix of students, faculty and staff to judge the films before the festival. This year’s judges were Fox, Manager of Digital Production Diana Keeler, MAC Professor Ari Laskin and Zhang.

After opening remarks from Zhang and a musical performance by Micah Garriado (senior), the 13 films were screened, followed by the award ceremony.

“Photographing my blind grandfather over the past few years led me to think increasingly about the relationship between blindness and photography. This personal inquiry led me to think about the work of blind photographers and ultimately inspired me to reach out to Bruce Hall.” Martinez said. “We conducted a four hour interview focused on (Hall’s) work and from that I decided to illustrate everything from the audio interview afterwards.”

Mia Kellman’s (senior) “Figs” took second place. The film told the story of a recent college grad battling an existential crisis and reckless lifestyle. The third place winner was “Dinner Conversation,” a film animating the thoughts of two people at dinner with no verbal communication, by Hillia Aho (senior).

According to Fox, the festival began 14 years ago when MAC students showed interest in creating an additional showcase for students work and a public forum for students who are not seniors or are outside of the Media Arts and Culture department to show their films. Fox noted the range of students who participate in the festival has grown over his 13 years at Occidental due to the general expansion and advancement of media.

“So many more students have access to means of production and some degree of savvy on how to record, select and order a mix of images and sound to make some sort of claim — whether it’s fictional or documentary based — that matters to them,” Fox said. “I notice that there is a greater technical complexity to some of the work but also a broadening in terms of who is making them.”

Each of the 13 films showed the student producer’s individual style of work and talents. The festival featured a mix of lighthearted and serious pieces and kept viewers engaged while illustrating the broad range in student interests.