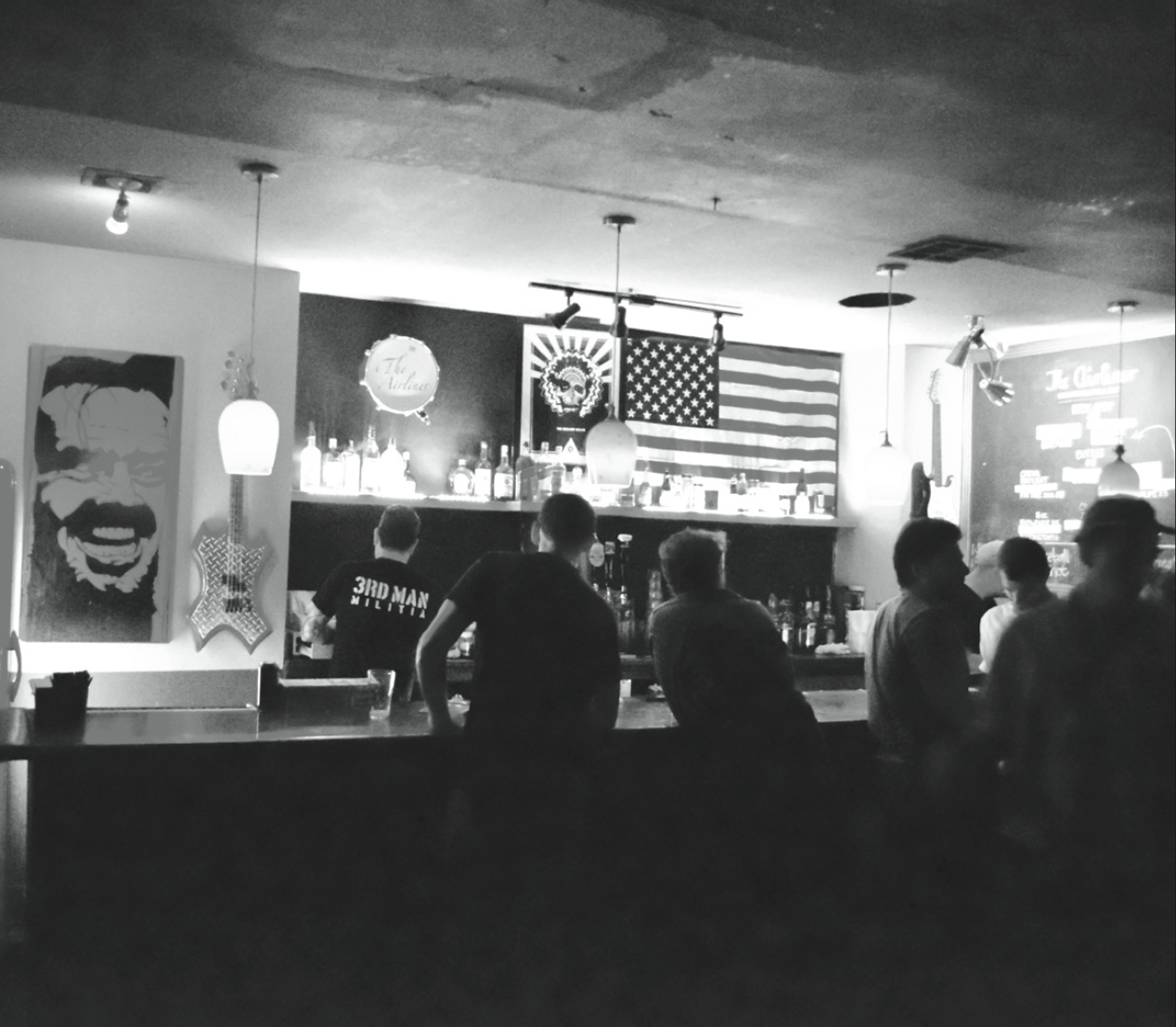 There’s a specific kind of “LA cool;” A septum-pierced, political-street-artist brand of cool. But the stereotypical, young LA transplants aren’t actually gifted in art (and wouldn’t have much to say if they were) and still rely on their body modification-opposed family to help cover expenses. So they opt to try the next best thing: LA’s Wednesday night music sensation Low End Theory.

A haven for experimental hip hop and electronica music lovers, Lincoln Height’s Low End Theory is a weekly club night held at the Airliner in Down Town LA. The weekly hip hop show provides visitors with an underground music experience and hosts anyone from established DJs to ones so fresh even the hipsters haven’t heard of them. On a given Wednesday night at the Airliner, a low-key bar and 18+ performance venue, listeners are treated to various combinations of dubstep, psychedelic, jazz, rap and hip hop. As the live music complement to Grammy-nominated music mixer Kevin Moo’s innovative label Alpha Pup Records, Low End truly is where the cool kids go.

I found out about Low End the most underground way possible: eavesdropping on other people talking about it. A few Google searches convinced me to make the next show even though I knew not a single artist on the lineup. The following Wednesday night, I found myself waltzing up to the Airliner’s neon-lit doors embarrassingly early after I read multiple Yelp reviews that insisted the line would wrap around the block (it does not). Apparently by “early” these Yelpers didn’t mean an overeager 9 p.m. Instead, if visitors want to beat the rush, getting there before the first act will do.

Free street parking, efficient security and an ATM at the front of the $10 cash-only venue make for a speedy check-in process built to handle huge crowds. In my case, of course, it just ensured that I could bee-line to the nearest of Low End’s two bars to slurp down my social awkwardness as quickly as possible before actual people began to arrive.

The Airliner’s two-floor multi-stage layout was a thing of people-watching beauty. The crowd ranged from drunk high schoolers who were excited a venue accepted their 1998 birth dates, to smirking white male 30-somethings wearing backwards baseball caps and clutching cans of PBR.

While I climbed the stairs to the second stage a woman with tattooed sleeves and a bleached blonde blunt cut leaned over and exhaled a cloud of smoke into my face. The act felt oddly deliberate, but I let it go. It’s a rite-of-passage in those parts.

Once I reached the top I looked through the patio’s cigarette haze to the outdoor stage. A DJ with curly long hair and a beard so thick I could hardly make out the small white window of his upper face began his set. Strange psychedelic sounds mixed with guttural noises emanated from his speakers, and though the music wasn’t particularly conducive to dancing, it certainly got its audience thinking.

As I watched, I noticed that the only physical movement the audience engaged in was a peculiar head bob that increased in intensity whenever the beat dropped. Yet one attractive side effect of the decidedly unattractive bob movement is a refreshing lack of come-ons and leers, which women and femmes are relentlessly subjected to at just about any other LA club.

A man in a shredded leather jacket mentioned to me that few people truly dance at Low End. Our conversation was abruptly cut short by a woman with sequins pasted to her cheeks who told us to get inside before the rest of the crowd. We entered the venue in preparation for Lealani, a 17-year-old Los Angeles based artist. She cut a small figure as she walked onstage, but I recognized her immediately as one of the other early arrivals that lingered and chatted before the show. The room became noticeably hotter as the crowd packed in and swelled with quiet anticipation.

Suddenly, a melodic voice emanated from the stage and I was stunned to realize it came from her. As her voice rose higher and higher the audience stared straight ahead, mesmerized, watching her wizardly fingers fly across an illuminated launchpad at otherworldly speed, producing a futuristic and original sound. Between her and the shifting galactic design show behind the stage, it felt as if we had been transported somewhere out of this world, and the audience bobbed its collective head in mass approval.

Then everything clicked into the place. The neck bob wasn’t an awkward dance move! It was a nod, a simple acknowledgement that listeners got what she was putting down and wanted to vigorously show their approval (or, at the very least, they pretend that’s what it was).

When Lealani stepped offstage, it was as if the room had just experienced a group catharsis. People exhaled softly and turned to one another, reflecting. But this was Low End, and in the time it takes a woman with a blonde blunt cut to light a cigarette the next act had taken the stage, gearing up to do it all over again.

Low End Theory truly is one of the week’s coolest ways to get over the hump.