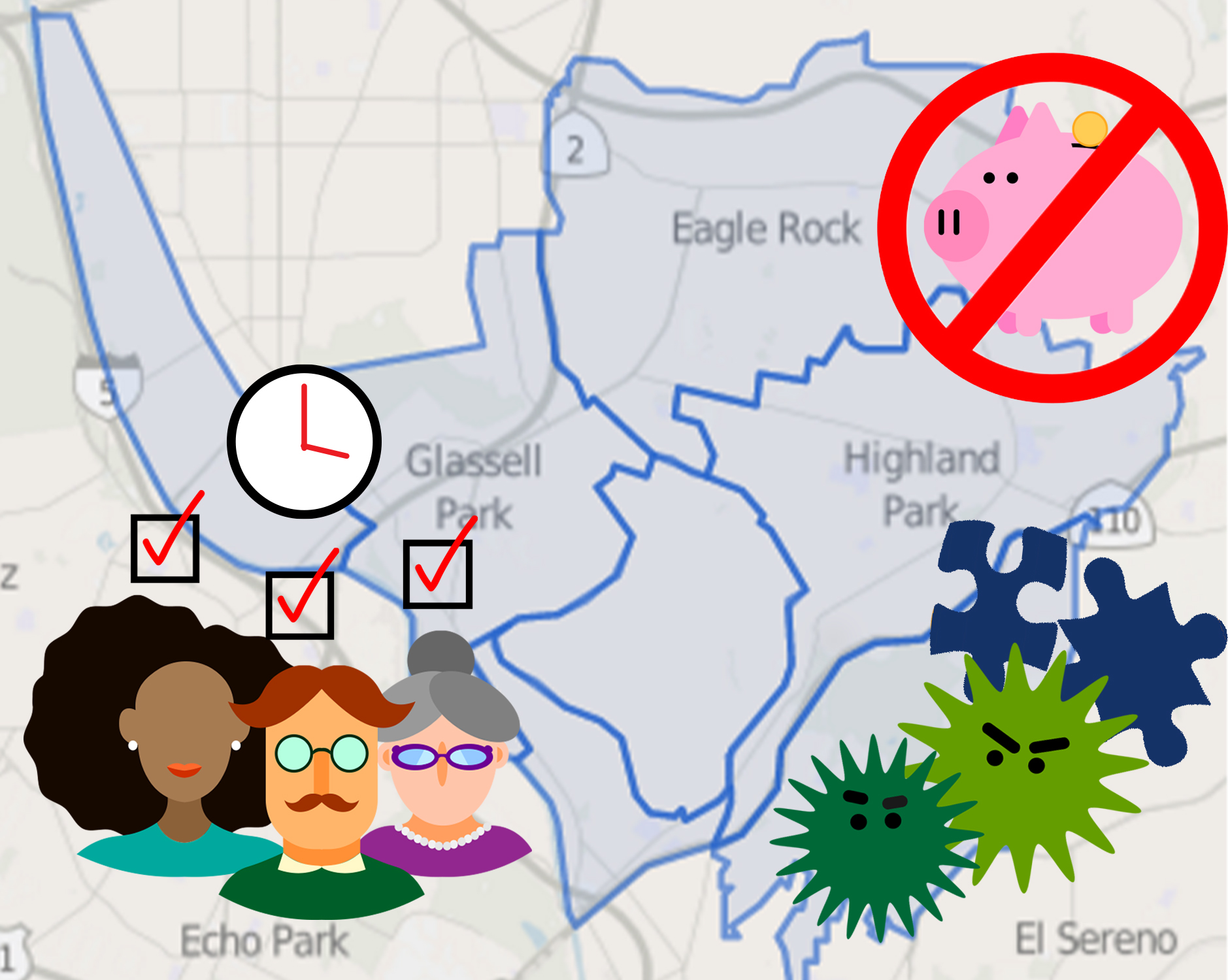 With a week left to respond to the 2020 U.S. Census, local and national census organizers point to the coronavirus pandemic and political interference with census operations as explanations for low response rates in areas like NELA. For every uncounted NELA resident, the state loses thousands in federal money for the area’s publicly-funded programs, resources and opportunities. Beyond the immediate local impacts, organizers said an undercount would leave hard-to-count communities without the data to advocate on their behalf for the next decade.

Census data is collected via two main phases, a self response phase and non-response follow up phase, according to the census website.

Self response describes when individuals — either online at the census website, through mailing in a paper questionnaire or calling the census bureau on the phone — take it upon themselves to respond to the census. According to Adán Chavez, the deputy director of the National Association of Latino Elected and Appointed Officials’ (NALEO) national census campaign, self response data is often more accurate than data collected during in-person follow-up efforts.

Census enumerators began to visit non-response households in late July and early August, according to the census website. Originally, non-response field operations were to being in May but had to be pushed due to operational changes required due to the coronavirus. This shift in plans has had a major impact on the census’ ability to obtain a complete count, according to Chavez.

“For households that were already considered hard-to-count — Latino, Black, native, immigrant, renter, senior citizen, rural residents, highly mobile residents — they heavily rely on this [non-response] operation to make sure that they’re enumerated through this process,” Chavez said. “So this has meant that an operation that was supposed to take months is now taking place in a matter of a couple of weeks.”

According to Patricia Ramos, the media specialist for the Los Angeles Regional U.S. Census Center, one of the most common questions they receive is regarding what personal information is shared with the U.S. government. This point became especially relevant to mix-status households given the Trump administration’s attempts in 2019 to place a citizenship question on the census. There are no questions about immigration status in the 2020 census.

At present the census will collect responses until Sept. 30, after which it will begin its review of the data, according to the census website, before delivering the data to Congress by the end of 2020. However, like many dates throughout the census operation, the September end date is subject to further change according to Chavez.

Federal courts will likely decide this week whether or not to order the Trump administration to continue counting the country’s residents until Oct. 31, as was previously planned. The constant political chaos surrounding this census has made it unlike any other he’s heard of before, said Chavez.

“It’s not normal at all, and even before there were so many challenges that came up as a result of COVID-19, our CEO was already saying…’This census is far more different than the most and this census is one that we have to keep an eye out,’” Chavez said.

Census data determines how much federal money is sent to a state for vital services such as health, education, affordable housing and nutrition. For every LA County resident that goes uncounted, the state loses $2,000 a year or $20,000 per person over the decade covered by the census. Specific to populations in NELA, Chavez said census data can also be an important tool in political advocacy and racial justice for Latinos.

“It’s important to have this very good data on different racial, ethnic and population groups because that’s how these resources come back. Not having this data would mean that we cannot effectively advocate on behalf of Latinos, and any issue that they’re facing,” Chavez said.

Given the census’ local importance, Director of Strategic Initiatives for the We Count LA campaign, Stephania Ramirez, said reaching out to family and personal connections can be one way to overcome language barriers and other obstacles for hard-to-count communities during this final week.

Matthew Reagan contributed to the reporting on this article.

Occidental students return to campus and to NELA local businesses