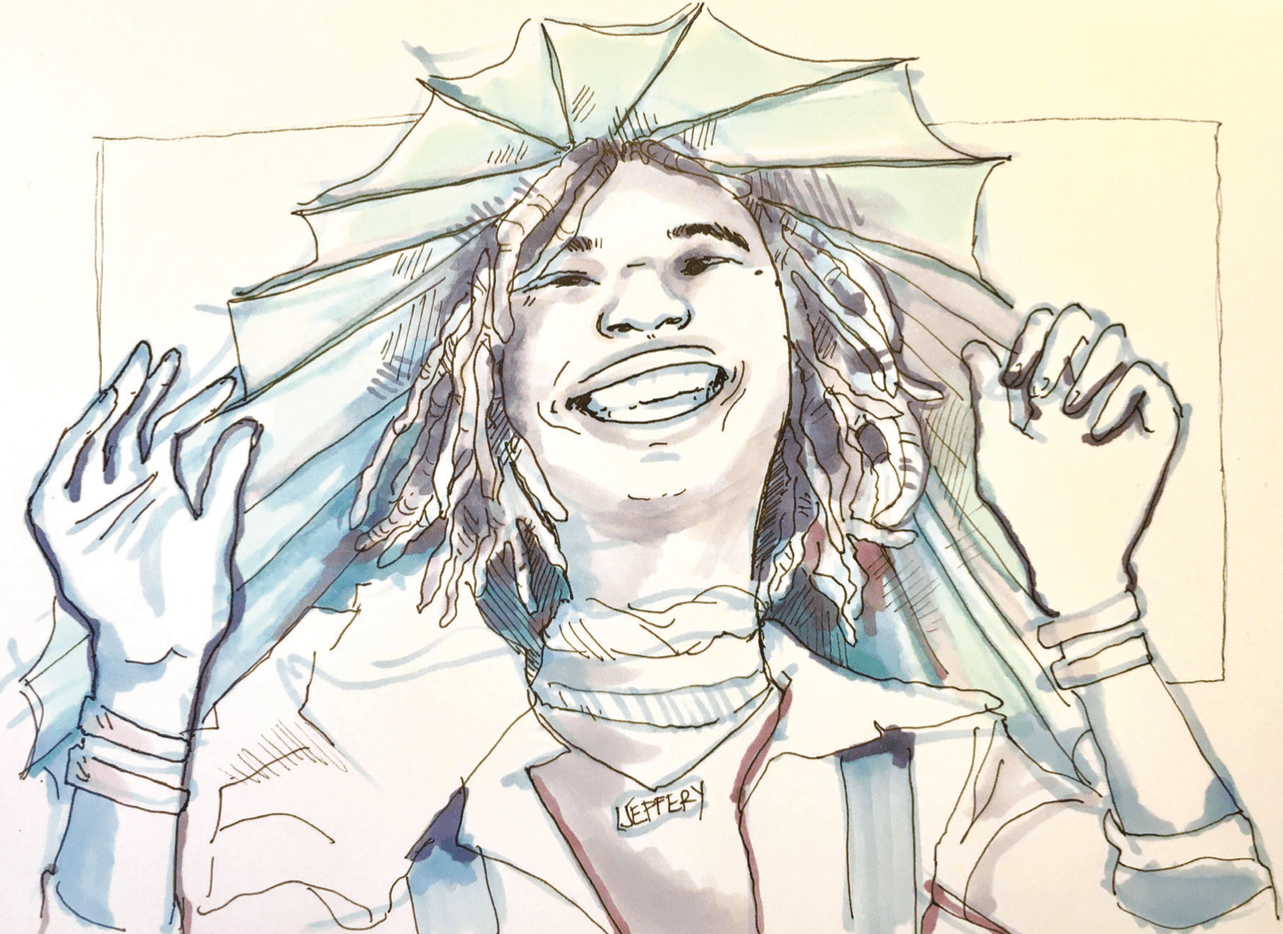 Young Thug may not yet be a household name, but for rap fans who spend any amount of time on the internet, he’s become impossible to ignore. When the artist dropped his latest mixtape, “No, My Name Is Jeffery” in August, the cover image of him rocking a ruffled periwinkle dress had the internet buzzing with rumors about his sexual orientation and gender identity.

Despite the best efforts of fans and critics alike, the 25-year-old Atlanta native remains unclassifiable. He raps about stereotypical hip hop themes (i.e. money, haters, women, drugs) in an idiosyncratic sing-song voice — while also wearing skin-tight women’s jeans and painted nails. He uses terminology like “hubbie” and “lover” to describe his friend Rich Homie Quan and states openly that he “feel[s] like there’s no such thing as gender.”

Young Thug defies gender stereotypes and agitates the way hip hop defines black masculinity. In doing so, he joins a small but growing group of artists on the forefront of hip hop, including Zebra Zatz, Mykki Blanco, Cakes da Killa and Le1f. The emergence of queer rappers in the past decade has spawned a much-needed identity crisis for hip hop, tempering the genre’s traditionally hypermasculine tone into something more sexually ambiguous.

An interesting discussion emerges about whether these rappers symbolize a burgeoning movement in hip hop, or if they are just a handful of incredibly disparate artists unwittingly (some unhappily) being grouped together for the sake of a convenient label. With that in mind, it seems an opportune moment in our cultural history to re-evaluate the ways in which music created by queer artists is consumed and discussed.

To the average listener, Zebra Kats’s breakout single “Ima Read” may come off as a twisted pro-education anthem, but ultimately it’s a nod to New York City’s ballroom culture and the experiences shared by the queer blacks and Latinos immersed in it — experiences that they translate into their music. With the lines, “Ima read that b***h / Ima teach that b***h / Ima read, Ima read, Ima read,” Katz makes reference to the vogue slang “reading,” i.e., verbally insulting an opponent on the dance floor.

“When I first found out about voguing as a teenager, it was an eye-opening experience because it felt like an innate way of moving … it’s the cultural side — the experience of being at a ball — that’s affected what I rap about. The fact that there’s a scene that’s existed for so long with such a rich history … is really nice,” rapper Le1f stated in a 2012 Pitchfork interview.

While more and more openly queer hip hop artists are unabashedly proud of their sexual identity and the culture that surrounds it, many resist letting it define their careers. Music critics and fans alike have often used the term “homo hop” or “queer hip hop” as a classification for LGBTQ artists. Yet these same artists have struggled with and against their categorization. Rapper Zebra Katz has spoken out in opposition to the classification.

“I’ve been against the whole coinage [of the term queer hip-hop] since it happened…I’ve been trying to work my way outside of that,” said rapper Zebra Katz in an interview with radio station Hot 97.

Other artists express concern that forcing a handful of incredibly disparate artists to share a common classification will only further marginalize their work, reducing their disparate musical styles and personal narratives into a single arbitrary label. Artists Le1f and Mykki Blanco have rightfully and repeatedly complained about undue comparisons to other queer rappers, calling out the homophobia of that shorthand.

“I’m not trying to be competing with my friends based on their race and sexuality. The whole “room for one” mentality is homophobic. If the world is ready for a gay rapper, then they’re ready for multiple gay rappers. If we were straight, no one would be comparing us,” Le1f asserted in his Pitchfork interview.

Resistance to and suspicion of the label is understandable, considering the ways in which non-white queer culture has been appropriated and transformed by straight white culture for decades. From Madonna’s wholesale lifting of vogue to present-day battles over the adoption of vernacular like “shade”— the non-white queer community is seemingly always on the verge of a breakthrough — that is, until something more accessible and Macklemorian comes along.

The best solution to the question of classification, and the responsibility now of hip hop fans is to stop thinking about identity labels and start listening more carefully to the (often outstanding) quality of the music being produced. From Le1f’s rambunctious party anthem “Wut” to the cartoonish beats of Mykki Blanco’s “Angggry Byrdz” (who some may remember from their 2015 KOXY show) to the vulgar hilarity of Cakes da Killa’s “Da Good Book,” these artists are producing complex, intriguing and often deeply personal work. The future of hip hop is here. It’s queer. And it’s not going away.