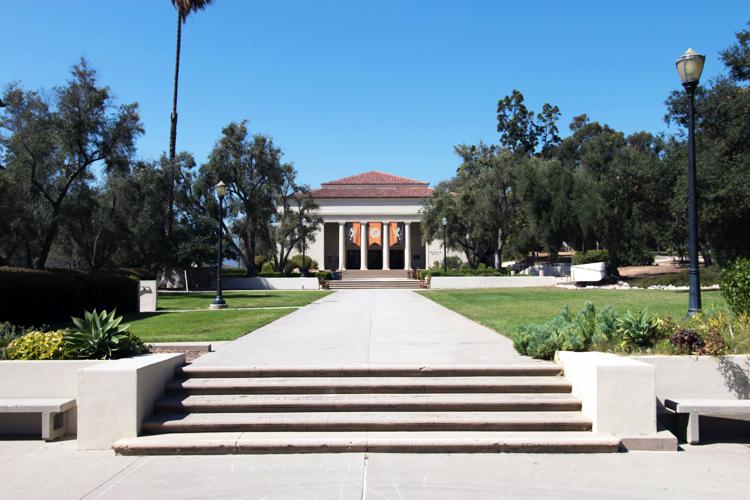 Occidental College graduates a number of athletes every year, and while the transition from DIII to professional sports is not unprecedented, the Weekly caught up with a handful of former Occidental athletes who have continued their athletic involvement beyond the gates of the college.

Occidental alumnus Jesse Kreger ’15 loves tennis almost as much as he loves math. This is not to say that he is not passionate about academics, but that tennis was and still is an outlet for him. Even though tennis is not as much a part of his everyday life as it once was, Kreger was not deterred from joining UC Irvine’s club tennis team. According to Kreger, the talent is not quite at the SCIAC level, but the team is still very competitive and just as much fun. Kreger said he approaches his studies in a similar fashion to a tennis match.

“They really get me amped up, I get in a certain mindset when I’m doing math, and it’s a very similar mindset I get when I play tennis,” Kreger said. “I’m sort of in the zone.”

As a first-year at University of California, Irvine graduate school getting his Ph.D. in math, Kreger no longer plays tennis at the same level he did throughout high school and his time at Occidental. At the postgraduate level, he has to deal with qualifying exams and difficult classes.

While Kreger was certain he wanted to study mathematics, it wasn’t until later on in college that he even became aware of job opportunities with a Ph.D. in the subject.

What Kreger remembers most is not the wins or losses or the SCIAC competition. Though tennis is often more of an individual sport, Kreger appreciated how close the Occidental team was during his four years.

“The best thing about playing at Occidental was definitely my teammates,” Kreger said. “At the end of the day … I remember my teammates and I’m still really good friends with those guys today.”

Though he has an intense graduate school schedule, he still makes time for the sport to which he has devoted much of his life.

Tayler Renshaw ’14 cannot seem to let go of soccer. After graduating two years ago, she still finds time to help coach the Occidental women’s soccer team. Her desire to coach after graduating was in part inspired by a serious injury she sustained while playing goalie during one of her seasons.

“One year I got a pretty serious injury, and we had basically an open training session where we tried to convert one of the field players,” Renshaw said. “I found myself pretty involved in wanting to help that training process, so I can see that it was always in the back of my mind.”

Just as she wanted to continue her involvement in soccer after graduating from Occidental, Renshaw intended to pursue a higher education. She decided to attend the Keck Graduate Institute in Claremont and obtained a masters in bio-science specializing in clinical and regulatory affairs.

In the fall of 2014, she accepted an assistant coaching job under women’s soccer head coach Colm McFeely. Renshaw balanced this new position with her two-year master’s program in Claremont. She was fortunate to get a job at the City of Hope and their Regulatory Affairs Department soon after graduating from the Keck Graduate Institute.

According to Renshaw, choosing Occidental as both a place to play soccer and study allowed her to pursue a major in biology as well as study abroad.

“I was interested in the sciences,” Renshaw said. “I was a bio major, a kinesiology minor, I was able to do research for three years and I traveled to Costa Rica for a research project, so I got to do a lot academically too.”

Even with her busy schedule at her new job, Renshaw refuses to let soccer fall by the wayside. While she may never play at the same competitive level she did during her time on campus, she knows soccer will be a part of her life for the foreseeable future.

“It’s something I see myself continuing to help out in some capacity for a long time,” Renshaw said.

For Nanea Fujiyama ’13, water polo came more naturally than swimming. Fujiyama began playing in middle school and never stopped, realizing in high school that she wanted to continue playing at the collegiate level. She eventually chose Occidental — despite a scholarship offer to Division I Bucknell University — which, for her, was a perfect mesh of school and sports.

“I ended up at Oxy since I didn’t want water polo to be a job in college” Fujiyama said. “DIII was the way for me.”

After graduation, Fujiyama ended up doing Teach for America and moved back to her native Hawaii for two years. When these two years of teaching were up, she decided it was time for another change, moving to LA again to figure out what she wanted to do. This is when water polo would re-enter her life, this time, in the form of coaching.

“It kind of just fell into my lap, for lack of a better term,” Fujiyama said. “I moved back to LA right when Chris [Lee] started coaching and he reached out and asked if I wanted to be involved in the program.”

Fujiyama started helping the men and women’s water polo teams at the end of the men’s season in November of 2015. But Fujiyama had never really considered coaching the sport she grew up playing.

“I always knew I would come back and help out here and there, but in terms of a formal, regular assistant coaching job, I never really thought about it until Chris asked me,” Fujiyama said. “Luckily, my job now allows me, schedule-wise, to [coach], so it kind of was a perfect storm.”

Fujiyama finds herself busy with both assistant coaching water polo at Occidental and managing retirement plays at a financial company in Pasadena. Even though she had never envisioned herself as a coach, Fujiyama has words of wisdom for current Occidental students.

“Don’t be afraid to lean on the networks that you created while you were at Oxy, whether it be friends from classes, or your teammates,” Fujiyama said. “The network I created during my time at Oxy is kind of incredible, and the friends, yeah, you can’t really go wrong. People think, ‘once I leave Oxy I’m done with it,’ but you’re not.”