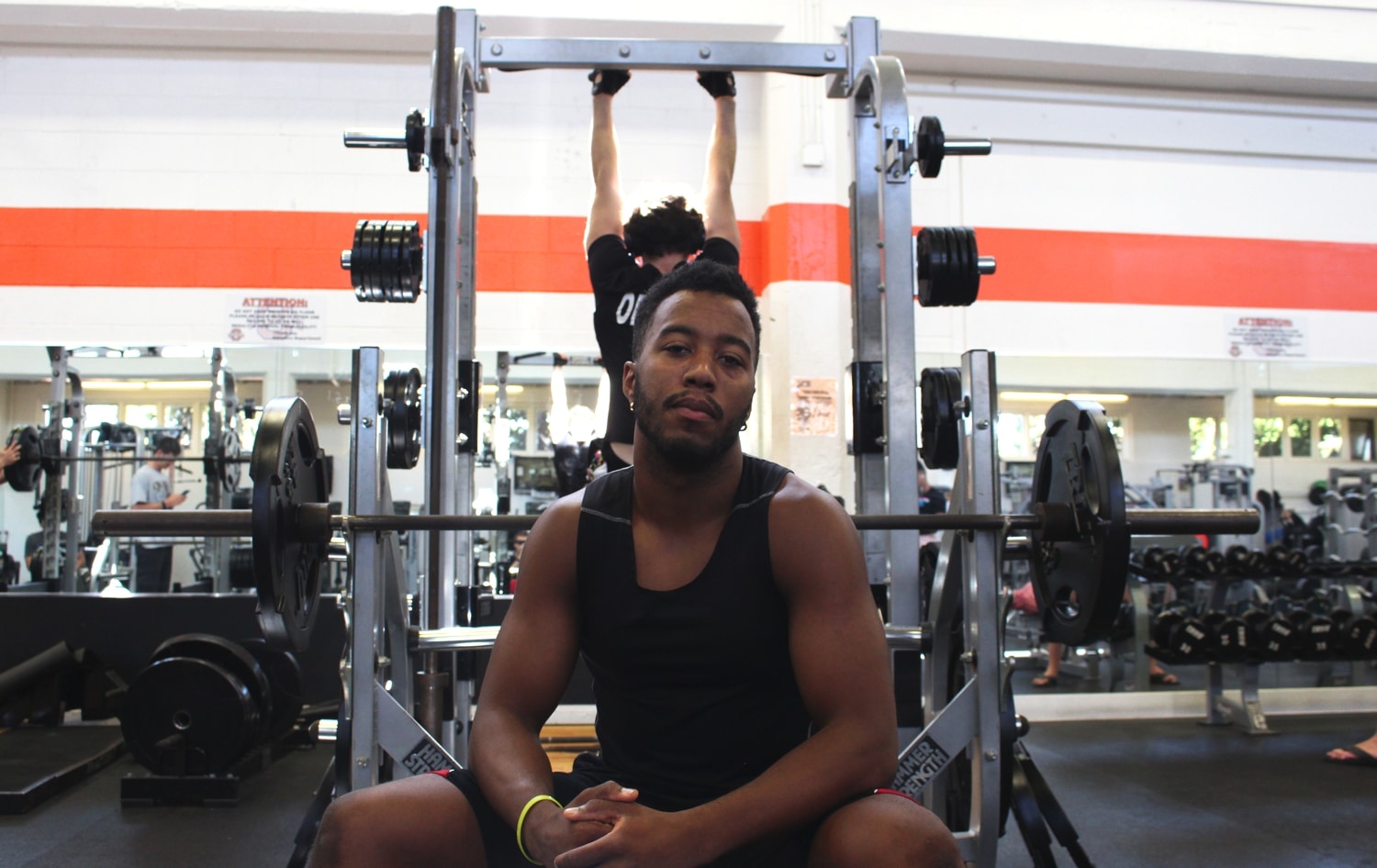 Occidental’s Alumni gymnasium consistently hosts students hoping to get fit, gain muscle or simply get some exercise. A couple of Occidental students, namely Julian Diamond (sophomore) and Marcus McDuffie (senior), have offered their services as trainers to fellow students who are seeking guidance and clear direction while hitting the gym.

Diamond, a former Occidental football player, began offering training on campus last year. He said he started training athletes and non-athletes in high school and made it his senior capstone project to create off-season workout programs for various teams and individuals.

“When I came to Oxy, a couple of my non-athlete friends who had no training experience asked if I would prescribe them programs, so I did. I do it because it made such a difference in my athletic career and life in general, and I’m happy to try to instill that passion in others,” Diamond said.

McDuffie also helps out students seeking to make improvements in the gym or on the field. Initially, he trained by himself; then, he began helping with the weight room at his high school and discovered a passion for training others. McDuffie was on the football team at Occidental until his junior year, and after leaving the team he decided to continue with athletics in a different form.

McDuffie’s clientele, which started with a close friend, is gradually expanding from friends to friends-of-friends to student athletes on the football and lacrosse teams.

“I’ve been working out with [McDuffie] for a few years now [since] before he started as a fitness trainer. So, when he told me was going to start training people, I asked him to make a program for me, since I already knew that he knows his stuff,” Robert Twyman (junior) said.

According to Twyman, having a fellow student in charge of one’s training has its perks.

“If [McDuffie] wasn’t a student I wouldn’t have a trainer at all right now. As a student, [McDuffie] knows that time is limited and he does a good job of taking that into account when he makes his plans,” Twyman said.

While both trainers have charged for their services, Diamond acknowledges that money is not the driving factor behind his work.

“It’s certainly not for the money, as I’ve only had two people and a middle school football coach offer very small amounts of money to create programs for them,” Diamond said.

McDuffie shared a similar sentiment regarding the profitability of training people at Occidental.

“Right now, since it’s still small, I don’t really charge people that much, especially if they go to Oxy,” McDuffie said. “I know [if] you’re a college student you don’t have cash like that.”

Regarding future goals, Diamond does not see training as something he would like to pursue professionally, even though it was his aim at one point. While he has not been training this semester, Diamond remains happy to help others.

“I think no matter what your profession, having a space that pushes you physically is crucial for self-esteem and can help you cope with other challenges in life,” Diamond said.

McDuffie, on the other hand, has much higher goals regarding where his training may take him.

“What I’m trying to do is actually go into strength and conditioning for Division I or professional athletes,” McDuffie said.

While acknowledging the meager profits McDuffie garners from his small business, the main purpose of his work is to build his resume while helping out his peers at the same time.

McDuffie has a fitness account on Instagram, @marcus2fit, where he posts different training exercises and progress photos from some of the clients he trains. He said he hopes this will increase exposure to his training and potentially broaden his clientele.

For training inquiries, McDuffie can be reached at leemcduffie@oxy.edu. Diamond is not currently training students.