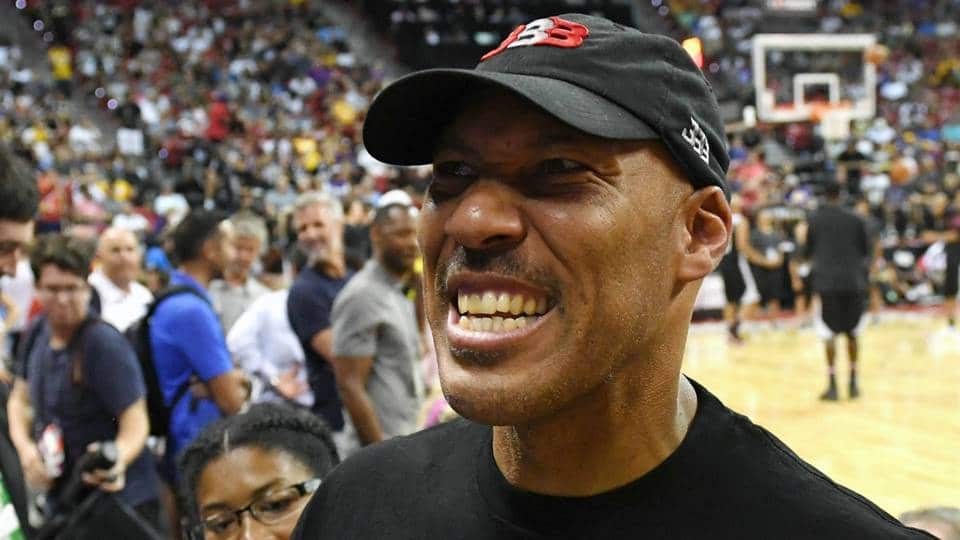 Television viewers today have so many options for entertainment, be it from Netflix, Hulu or another service. Amidst all these choices, my recommendation for where to get a good laugh may strike others as odd: watch infamous basketball dad, LaVar Ball, on ESPN’s live talk show, “First Take” (watch). Even non-sports fans will enjoy the boisterous bickering between the loud and tenacious Ball and the talk show’s hosts, especially the stubborn and emphatic Stephen A. Smith. My particular favorite of this shtick is Smith spitting out the word “blasphemy” whenever Ball makes what seems to be an overtly false claim. These interviews built an initial reputation for Ball as being a loud-mouthed clown who will say anything to get the views. In light of Ball’s latest involvement in dealings with President Donald Trump, I thought I would look more into Ball’s antics and figure out whether or not I agree with this reputation, though it’s hard not to at this point.

Having played college football and basketball and with a short professional stint overseas, Ball holds a familiarity with the sports world, though his fame came only with the emergence of his three sons. The eldest, Lonzo, is a guard for the Los Angeles Lakers while the youngest, Lamelo, still attends high school, although LaVar started homeschooling him this past year, a story that made headlines.

Just recently, Ball’s middle son, Liangelo, was the one that brought him into the national spotlight. Liangelo, a current first year at University of California Los Angeles, was arrested with two of his teammates in China for shoplifting. This national story grew with the intervention of Trump and Liangelo’s father. Monday, Ball pulled his son out of UCLA, saying he could better prepare his son for the NBA than the university.

Trump tweeted after the three players returned to the U.S., taking the credit for their safe return and taking shots at Ball for being ungrateful. This prompted Ball to downplay Trump’s role in the process, giving Ball more attention than he has ever had in the sporting world, as his actions bridged over into the realm of politics and world affairs. All that being said, I do not think we should keep giving him the attention. Whether it is good or bad publicity, Ball just wants to be in the news and on the headlines as seen by his constant involvement in newsworthy stories.

He is everywhere. Since May of 2017, Ball has been in the news for promoting his “Big Baller Brand” shoes (a pair of which he sent to Trump as a peace offering); advertising his Facebook television series, “Ball in the Family;” criticizing the Los Angeles Lakers’ coaching staff; bashing Lonzo’s teammates; being criticized for comments he made about women; or claiming he can beat Michael Jordan in a game of one-on-one basketball. It seems that ever since his emergence in the spring of 2017, Ball has had something to say or has been trying to sell a product and needs to be in the news.

Part of me thinks Ball might be pulling a nuanced business move and purposely plays himself up as a ridiculous character to get his name out there and inadvertently promote himself, his sons and his brand. The other part of me thinks he is a crazy dad who clearly loves his sons but does not know how to conduct his love for them in a socially acceptable way.

Whatever his intentions, I can personally say I am tired of seeing him in the news. If he is a clown, then I definitely want him out of the news cycle and if he is an over-affectionate father/aggressive businessman, I hope he can learn to do those things behind the scenes and let his sons create their own spotlight, without dragging them into the eye of the public because of their association to the CEO of the “Big Baller Brand” who can apparently beat M.J. in a game of pickup.