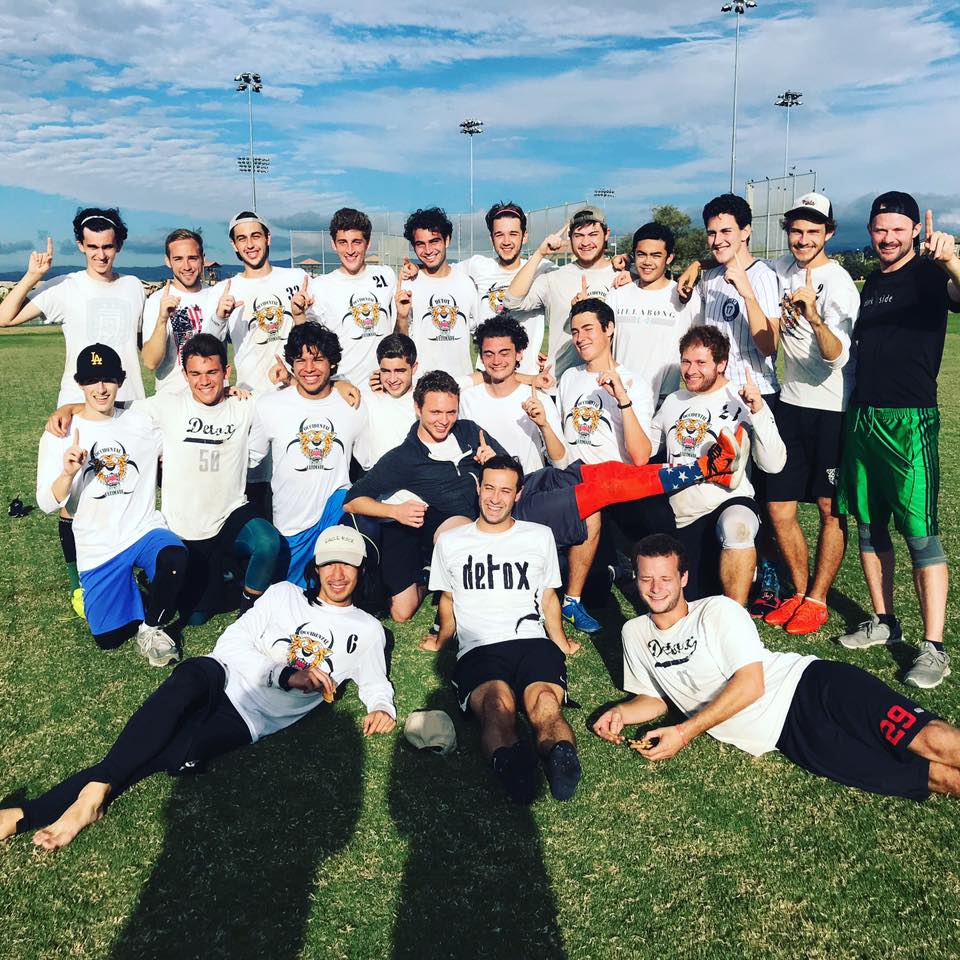 The men’s ultimate frisbee team, Detox, took on the University of Southern California’s (USC) Lockdown Monday, Dec. 4, on Patterson Field, ultimately falling 13–15 in a first-to-15 contest. While Detox held the lead at the half, Lockdown was able to rally early in the second half to pull away for the victory. For Detox, the defeat comes after an undefeated run at the University of California, Irvine Huckfest Tournament Nov. 4 and Nov. 5.

The team’s effort pleased Detox head coach Nathan Warden, but he felt that struggles early in the second half cost the team in the end.

“I would say that in the first half we came out very focused on the offensive side; our defensive adjustments were good,” Warden said. “Coming out of half, they scored three in a row and that was just a defensive lack of focus.”

Lockdown is currently ranked 24th in Division I and was just one victory away from securing a spot in the Division I tournament in Mason, Ohio from May 26–May 29 this past season, according to Warden.

“They have a couple guys who have played on the National Under-20 Ultimate Team, they have some really good studs so it says a lot that we could hang,” Warden said.

The natural elements had a large influence on the players from both sides, according to Silas Scott (first year). The National Weather Service issued a high wind advisory for the Los Angeles area shortly after the game started. Winds in the area created difficult conditions to effectively and accurately pass the disc between players, according to Scott.

“Wind makes throws harder all around, it really forces you to change up the strategy because longer throws will get caught up in the wind so you have to try and rely on shorter throws to move the disc,” Scott said.

The wind’s effect was apparent even in warmups as the difficulty of connecting passes had some Detox players concerned about the game, according to Walter Huron (sophomore).

“In warmups, we were throwing the disc all over the place, and we were kind of worried that we would not be able to complete any [passes],” Huron said. “It did die down a little bit at the end which helped both teams.”

Detox was able to use the wind to their advantage for one point when captain Kade Cheatham (senior) scored a Callahan, which occurs when an opposing team’s pass is intercepted in their end zone resulting in a point for the intercepting team.

Despite the loss, the level of play on the field coupled with early success at the Huckfest Tournament are promising signs for the younger squad, according to Warden.

“We have a very young team,” Warden said. “That being said, it’s really impressive that we were able to hold on and that we were making plays.”