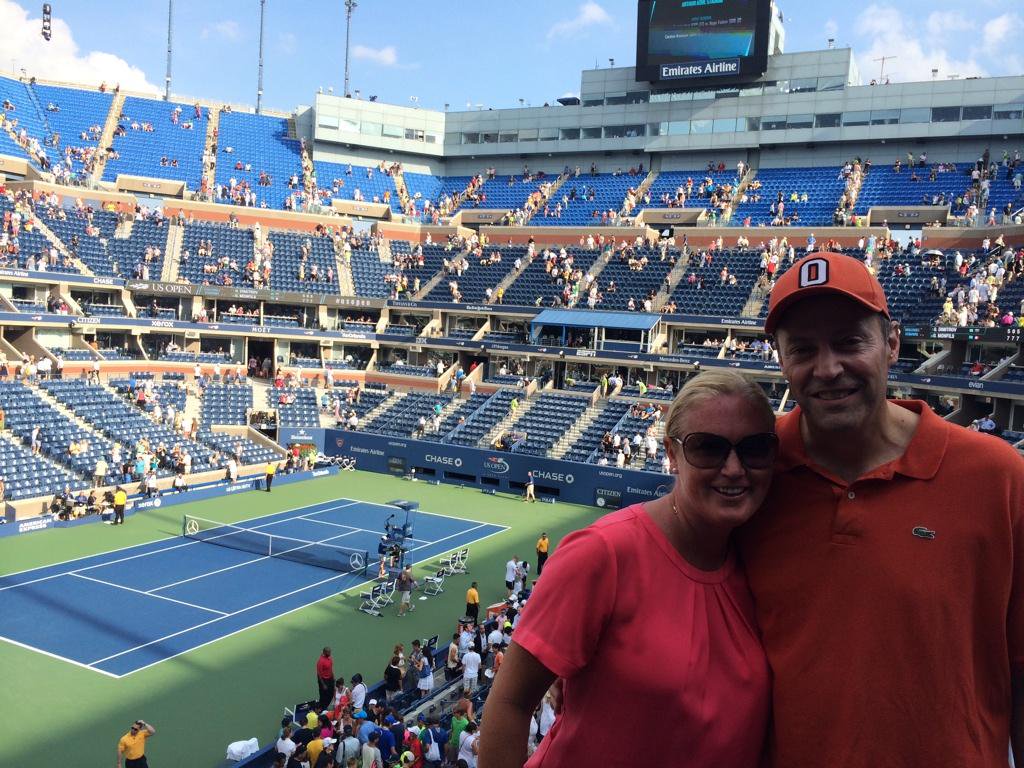 Athletic Director Jaime Hoffman has gone from being an athlete, to leading athletes as a coach, to leading a team of coaches. Since June 2007, Hoffman has been the head of the athletics department at Occidental, hoping to build a program where every decision positively impacts the student-athlete experience. Since Hoffman was appointed Occidental’s athletic director, she has overseen the upgrade of Rush Gymnasium, entered a sponsorship deal with Adidas, enhanced athletic opportunities with the addition of more fitness classes and, most recently, broke ground on the long-awaited new competition pool and new tennis courts, just to name a few.

Hoffman was born into a family of athletes. Hoffman’s mother was a tennis player and all of her brothers went on to play Division I baseball. Each member of her family pushed her to excel in a variety of athletics, but it was her father who encouraged her to get out and practice basketball on her own.

“My father was always the one driving us to practice,” Hoffman said. “He was a businessman, so he was determined to get us on the practice field. He would call home from a business trip and ask me, ‘Did you shoot today?’ When he would come home from work he would constantly rebound balls for me.”

Although Hoffman cited her father as instrumental to her developmental success as an athlete, she sees her mother was one of her role models as well. Hoffman grew up in a house of full of boys and seeing her mother as another athlete inspired her growth as a young female athlete.

“I always admired my mom’s athleticism,” Hoffman said. “I was always proud of my mom when she would show up to one of my games wearing one of her fancy tennis sweatsuits. She was someone I aspired to be like.”

Hoffman has carried her competitive mindset into every project that she has been a part of. In college, Hoffman played basketball at the Catholic University, where she was a four-year letter winner and two-year captain.

Although she stopped playing basketball after graduation, she never stopped competing. After college, Hoffman developed an ability to turn losing teams into winning ones. She led Montclair State basketball from a .500 record to a 20-win season. She then turned the program at Regis University around in just one season, increasing their points per game average from 47 to 65 as well as posting a three-win improvement. When she arrived at Occidental as the head basketball coach, she led the Tigers to a 13-12 record and third place finish in the SCIAC in her first year, followed by a 16-9 record her second year and then a SCIAC championship-winning 21-6 season during her final two years in charge. Following the 2007 season, Hoffman was offered the athletic director position after just two years with the school.

“What I miss most about coaching is the interaction with student-athletes,” Hoffman said. “Working with athletes used to be built into my day, but now I don’t have that group of players I can count on to see every day. I miss talking nonsense with my athletes, so I can see what the institution is like through their eyes.”

“[Hoffman] provides a great example of strong, motivated and intelligent woman working in a very male-dominated sphere as an athletic director,” Cruz said. “At an individual level, [Jaime] has really helped me step out of my comfort zone to learn and grow as much as possible by encouraging me to apply for various NCAA conferences. These conferences have opened many doors for me and I can’t thank her enough for that.”

Hoffman’s responsibilities have broadened since becoming the athletic director. Instead of just directing student-athletes, she is responsible for the athletic institution, prospective students, the coaches, alumni and trainers. No two days look the same for Hoffman. There are times when Hoffman is off campus trying to raise money for new facilities in the morning, back in the office working with a coach in the afternoon and catching a men’s soccer game in the evening.

According to SAAC co-chair Walker Marks (senior), Hoffman is always looking to engage  with her athletes.

“Jaime is always not only willing to help, but looking for ways to engage with the athletic community,” Marks said. “She is always enthusiastic and supportive to no end, and I believe that energy spreads to others in athletics.”

Hoffman has made instrumental changes since being the athletic director. Her continued goal is to “deliver plus one,” meaning that the athletics department should try to go the extra mile. Hoffman has tried to work on the little things such as boosting the social media presence of Oxy Athletics, and develop an upgraded strength and conditioning program led by Chris Harms. Many people in the athletics department have worked closely with Jaime Hoffman, head athletic trainer Joe Gonzalez has felt her impact greatly.

“Since the day I got here, I have felt like I am supported 100 percent by my athletic director,” Gonzalez said. “Specifically as a head athletic trainer, it means the world to know that you have the administration in the athletic department backing up what you do.”

“Athletic director Hoffman has helped to foster this ‘we’ and ‘team’ environment with a variety of large and small events that bring coaches together at different times of the year. Some are focused learning opportunities and others are very much let’s relax and have fun type,” McFeely said. “Working alongside Hoffman, I get to experience the decision-maker, the leader, the ‘not now’ moments, the person who trusts you, your judgment and supports you in the getting the job done.”

Hoffman is looking to continue building an institution that is never done developing and adapting. There are more students competing at the intercollegiate, club and intramural levels since Hoffman has been at Occidental than ever before, putting Occidental on pace to continue performing at a high level in the SCIAC.