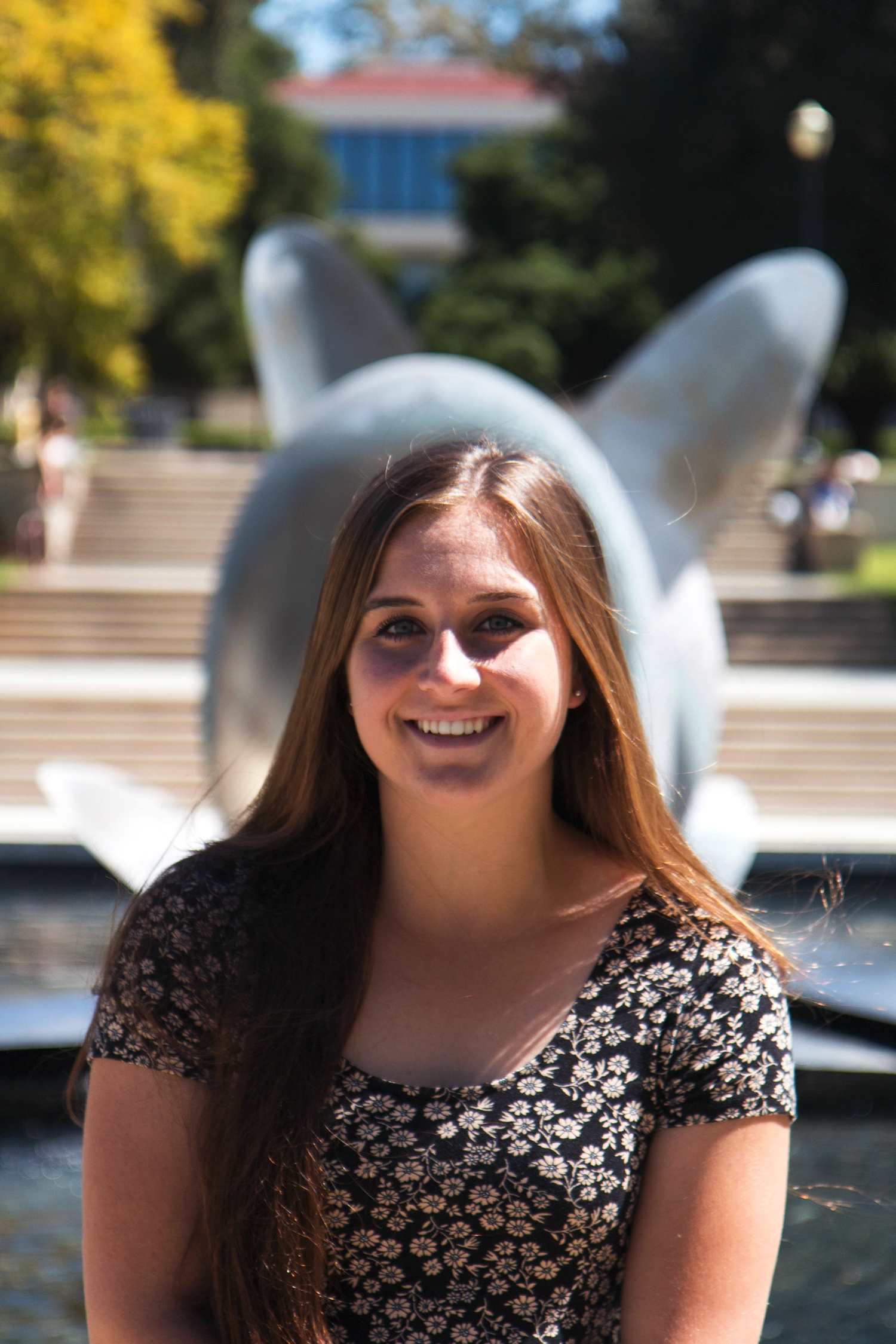 Sabrina Degnan (sophomore) threw a nationwide-best 135 feet and 7 inches in the javelin event at the Redlands Invite March 17. Not only was Degnan’s toss the best in country this year, but she also became the third all-time farthest javelin thrower in Occidental history. Degnan is only 11 feet behind current record holder Kelly Young ’11 and, in addition to her recent javelin success, she is fifth all-time at Occidental in both the discus and hammer events.

Success is nothing new to Degnan, who racked up multiple athletic achievements in high school. As her high school’s athlete of the year, she came to Occidental already a strong player in volleyball, basketball and track and field.

“I actually just came to Occidental to play volleyball,” Degnan said. “I had no intention to play another sport. However, when volleyball season was over, I just really missed being at the track.”

Men’s and women’s track and field head coach Rob Bartlett was happy to have Degnan, and so was the rest of the team.

“Rob, as well as the entire team, was extremely supportive of me and I immediately felt at home on the track team,” Degnan said.

Bartlett knows what kind of athlete Degnan is and is happy to help her reach her goals. He is confident in Degnan’s ability to progress.

“Sabrina is a talented, hard-working athlete that brings enthusiasm to every practice,” Bartlett said. “As such I’m not surprised by her accomplishments. She fully deserves the positive results she’s had in recent weeks.”

Former thrower Noah Winnick ’16 was on the track and field team with Degnan her first year and now coaches throwers at Occidental a few days a week.

“Sabrina’s ceiling is winning a national championship. That may not happen this year or next year, but she’s only a sophomore,” Winnick said. “I may sound a bit like Lavar Ball here, but I expect her to blow Young’s [javelin] record out of the water by the end of her career.”

Degnan, after throwing her nationwide-best toss, is optimistic about the future, but still believes she needs to keep her nose to the grindstone.

“Before I threw my personal best, [my coaches] still had very high hopes for my javelin as well as my other throws … now that I know what I am capable of, I hope to be able to win the SCIAC in javelin,” Degnan said. “But, for right now, my expectations for myself are to just keep putting in the same effort that I have been.”

For all of her hard work and physical talent, Degnan attributes the core of her success to her parents. Coached by her father in high school, Degnan elaborated on her parents’ athletic influence.

“I would not be the person or the thrower that I am today without [my parents],” Degnan said. “They were both throwers at Cal State East Bay, they both encouraged me to try out throwing. Without [them], I never would have tried.”

Degnan is almost guaranteed a spot at the NCAA Division III National Track and Field Meet beginning May 25 in Geneva, OH.