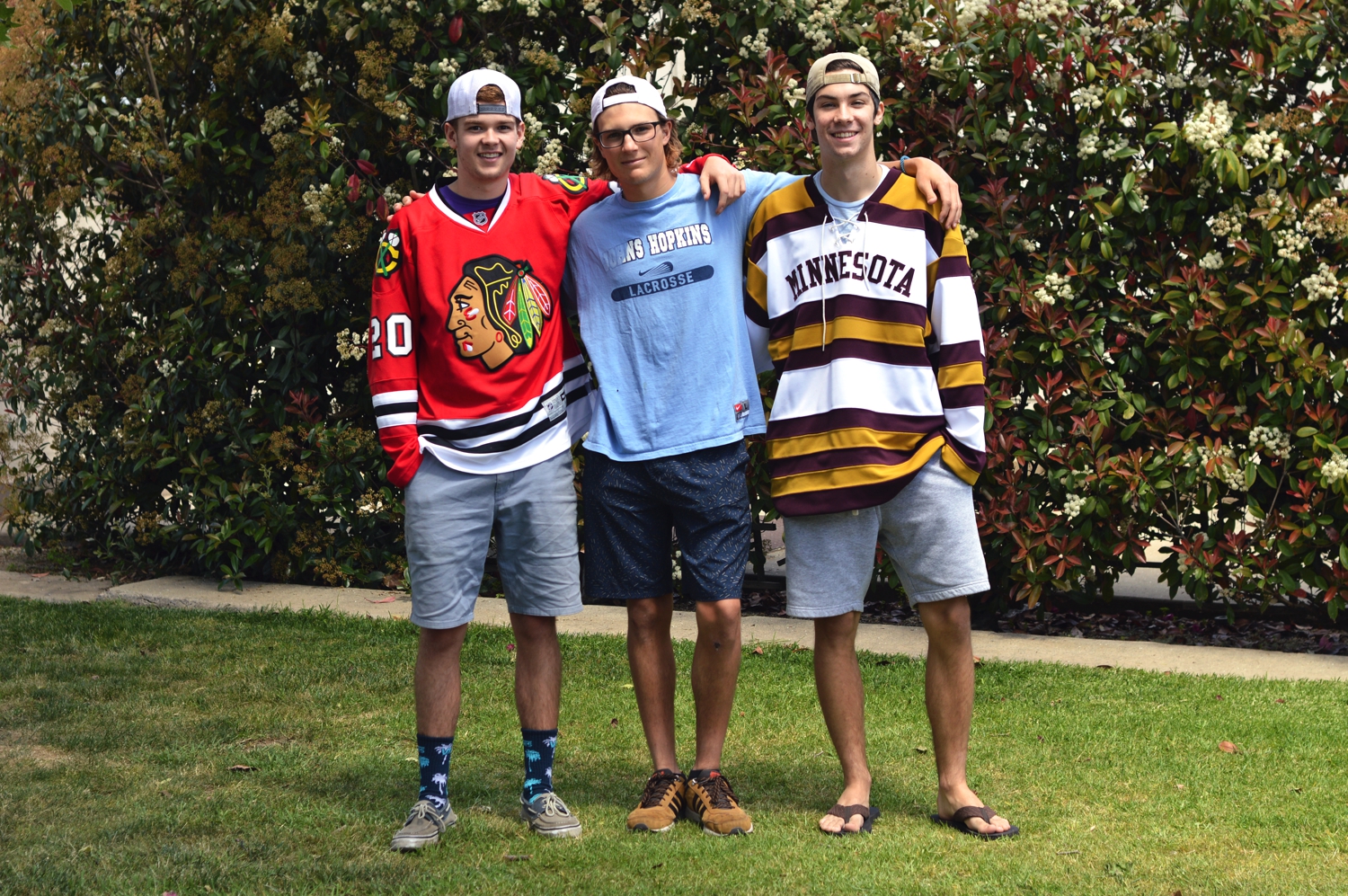 Spencer Raub (first year) was rifling through some old issues of The Occidental Weekly (known then as The Occidental) for his job at the Academic Commons’ Special Collections and College Archives, when he came across an unusual sports story from a couple decades ago about the former Occidental College ice hockey team.

If that sounds strange, it should. Occidental hasn’t had a hockey team since its club team in the 1970s and 1980s, which was disbanded due to belligerent spectator behavior. Even though they were regularly covered in The Occidental and ostensibly popular with students in the 1970s, not many on campus today can remember a time when there were Tigers on ice.

But when Raub saw that old article, he was inspired. Hockey is part of who he is, and he had even planned to play junior hockey in the British Columbia Hockey League (BCHL) before joining a college team. Raub, however, suffered a series of concussions and went straight into college instead.

“I didn’t play for a year or so before I went to college, and I’ve just been missing it a lot,” Raub said. “Then I stumbled across it one day that we had a hockey team, and I thought we could make this happen. We could play hockey and it’d be really fun.”

The prospect of a college hockey team in Los Angeles might seem as laughable as that of a Jamaican bobsled team, but if all goes according to plan, the Occidental Men’s Ice Hockey team will soon be just as legitimate. The team registered with the American Collegiate Hockey Association (ACHA) in late May, has secured a coach and a faculty adviser — David Harrison (senior) and Vice President for Institutional Advancement Charlie Cardillo, respectively — and most importantly, assembled a 12-man roster.

“Hockey is something that, once you get into it, you can’t stop,” Sam Clark (first year), a member of the incipient hockey team, said. “Growing up in Minnesota, you’re always around it, playing it. Being away from it is like a withdrawal.”

For their last outstanding task, the team still needs to reach an agreement with an ice rink so they can practice and play games. They are actively pursuing an agreement with Pasadena Ice Skating Center and, according to Raub, are likely to reach one.

Once that agreement is finalized, Occidental College will officially have a club ice hockey team, and as a club team competing at a Division II level, they’ll be playing some big schools like USC and UCLA. Despite a much smaller pool of potential players, Raub and prospective head coach Harrison are confident the Occidental hockey team can build a legitimate program. Occidental has a substantial population of hockey-loving students, according to Raub, from places like the Northeast and Minnesota, some of which will be on the hockey team next year.

“When you think Southern California, you don’t think ice hockey,” Harrison said. “Hockey is one of those sports that is such an amazing spectator sport. I know so many people who had never watched a hockey game in their life, then they go to one game and they’re just hooked … I think we can get people interested around campus, and we can expose more people to the game of hockey.”

The hockey team had its first informational meeting last Monday and they will have more before the semester ends. Any students interested in playing hockey or keeping up with the team can go to the Occidental Men’s Ice Hockey Facebook page for more information.