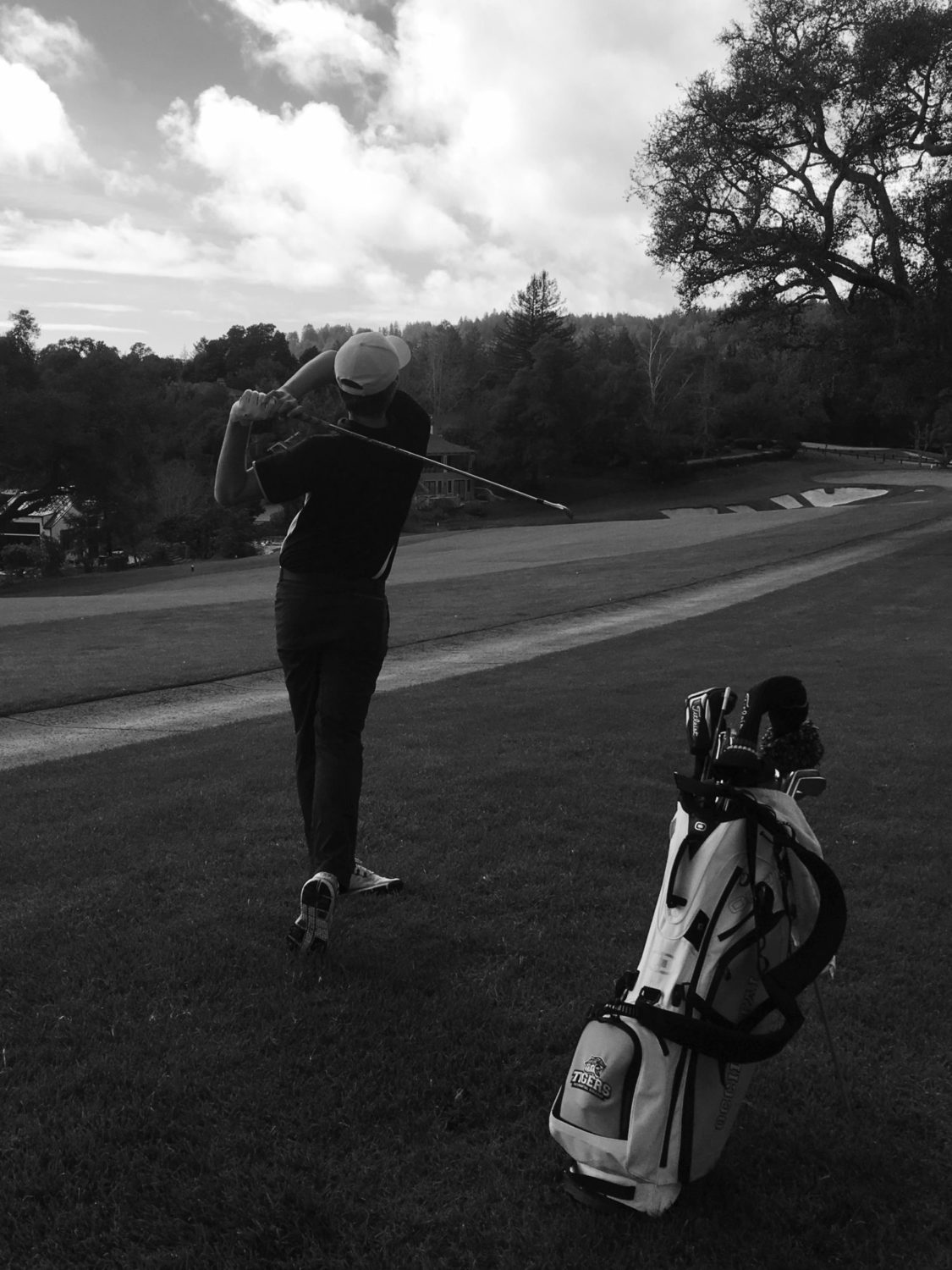 The Occidental men’s golf team set a program record for lowest score in a single round in their last match, a win over Macalester College. Four players shot even-par or one under; Dylan Jirsa (junior) and Jack Pedan (sophomore) both shot 1-under-71s, and Sam Miller (sophomore) and Clark Pietromonaco (sophomore) shot even-par-72s, for a total score of 286. This beats the previous record of 287 set in 2014. With only three Macalester players to score against, the official final score was a 215-233 victory for the Tigers.

The record-setting win might seem surprising since the team is so young — with only three juniors and one graduating senior. But last season, under recently hired Head Coach William Morris, Occidental finished fourth in the SCIAC, continually improving over the course of the season. Even more impressive, according to Morris, the SCIAC is the one of the best golf conferences in Division III.

Now, in Morris’ second season as head coach, the Tigers have continued to build on last season’s promising finish. The team has yet to lose a match this season and has had the SCIAC Player of the Week for two consecutive weeks — Jirsa this past week and Miller the week before. Pedan recognized that the scoring record the team set against Macalester was the logical extension of this success.

“We all played at a level I think we were always capable of playing, but we hadn’t reached that level until this point,” Pedan said. “We’re getting better as the season’s going on.”

The Tigers have done much of this without the aid of their co-captain and only senior, Colton Bares, who has been sidelined with a lower-back injury.

“Being a second-semester senior, that is frustrating as hell,” Bares said. “I hate it.”

Despite his injury, Bares has remained active on the team; he continues to attend practices and has taken on a more mentor-like role. In fact, at the West Cup tournament March 27, he served as the team’s in-game coach because of his familiarity with the course.

“[Bares] has been a great role model and leader for the team,” Morris said. “I’d rather have him playing for us, but given that he can’t play, I’m glad he has stayed involved … We’re hoping to get him back at some point.”

Many players, including co-captain Jirsa, credit their recent successes to the team’s camaraderie.

“The team chemistry is really strong,” Jirsa said. “Part of that is an ability to really push each other … We have this cutthroat I-want-to-do-the-best mentality, but we’re all still great friends and we’re really happy for each other. At the tournament where we set the record, [Pedan] shot the same score as me, and I was just as happy for him as I was for myself.”

The Tigers’ youth is looking like more of an asset than a liability in this regard. Jirsa said that, since the team’s core group will stay together for the next few years, they will carry forward and build on that chemistry.

“If this group stays together and continues to do what we’re doing, there’s no way I see us staying where we’re at,” Jirsa said. “We have to go up.”

The men’s golf team will now look toward April 8, when they play in the SCIAC #2 tournament at Oak Ridge, the site of their record-breaking round.