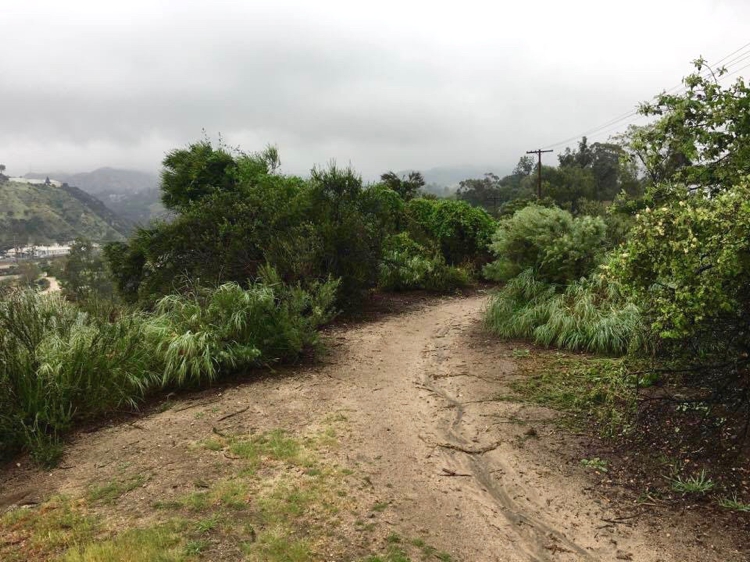 If you are sick of watching Guy Fieri pound juicy burgers or looping coverage of the National Hockey League as you run for seemingly endless minutes on treadmills in the Alumni Gymnasium, take solace in the fact that here in Northeast Los Angeles, there are numerous trails, hills, stadiums and steps for you to explore. Time to break out those running shoes.

A long and hilly street located about two blocks south of campus, Meridian Street is entirely residential, yet lightly-trafficked. It is often possible to run down the middle of the road, with the only disturbance stemming from the fact that somehow every resident on this street owns a very loud chihuahua. The road is frequented by Linnea Propp-Pearson (senior), president of Occidental’s Running Club.

“I really like running down Meridian because it is a pretty street with lots of cute houses and gardens,” Propp-Pearson said.

She added that if you keep on running past the street’s intersection with Figueroa, you’ll find yourself in Garvanza Skatepark.

Months past the revelry of the Rose Bowl Game, runners replace vehement football fans clad in cardinal and gold at this Pasadena landmark. Daniel Essayan (sophomore), a Los Angeles-native and member of the track and cross country teams, has been circling Southern California’s trails for years.

“Typically the epicenter of running close to campus is the Rose Bowl,” Essayan said. “There’s a good mix of grass, dirt and concrete there. From the Rose Bowl, there’s trails that go north from there and trails that go south and you can start as far south as San Pasqual Park or as far north as JPL [NASA’s Jet Propulsion Laboratory].”

JPL is nestled in the hills north of Pasadena, about 15 minutes away from Eagle Rock. Although the actual facility of the research institute is not necessarily ideal for logging in miles due to its security gates and multiple parking lots, the 20-mile long Arroyo Seco Trail north of JPL is a runner’s dream. It boasts soft, windy trails devoid of people and bikers, and those southern California views of mountains and Spanish tiled roofs.

“North of JPL, there’s a trailhead that takes you up into the mountains a little bit into the Angeles Forest,” Essayan said. “That’s my favorite place to run that’s within a reasonable distance from campus. The main reason I like running here is that it’s, in the words of one of my teammates, Tristan Santos (sophomore), very ‘Lord of the Rings-esque,’ and makes you feel like you’re not close to a major city like LA.”

Oliver Artiga (sophomore), a native of Northeast Los Angeles and member of the track and cross country teams, is also well-acquainted with the Arroyo Seco Trail.

“It has everything: views, nature and a waterfall,” Artiga said. One of the trails follows the Arroyo Stream should runners decide that they are in dire need of a dip during their run.

For those without cars who still wish to avoid the Rush Gymnasium, there are still nearby options available. Hill drive — an Eagle Rock oasis — is located two miles away from campus and off Colorado Boulevard.

“Honestly, running almost anywhere in Eagle Rock is a drag,” Mel Devoney* (senior), a member of the track and cross country teams, said. “The only option is running on pavement and cement in all directions from campus and there are few scenic neighborhoods … The only exception I’ve found is Hill Drive.”

The sidewalks lining this windy road are shaded with trees, making for a serene run.

“It has probably one of the best views of sunrise and sunset in Eagle Rock, and I feel safe running there even after dark,” Devoney said.

Per Devoney, since the way there is uphill, you can feel like you’re flying on the way back down.

Eldred Street sits across York Boulevard and ventures up into the picturesque neighborhood of Mount Washington. As runners make their way up the 33 percent grade incline, they’ll pass pastel-painted houses and extravagant gardens. At the top of the hill is a staircase going into a wooded area.

“It is extremely difficult to run all the way up the hill and the staircase above it but you can always walk part or all of the way up and there is a great view at the top,” Propp-Pearson said.

Eldred is the steepest street in all of Los Angeles — run up at your own risk.