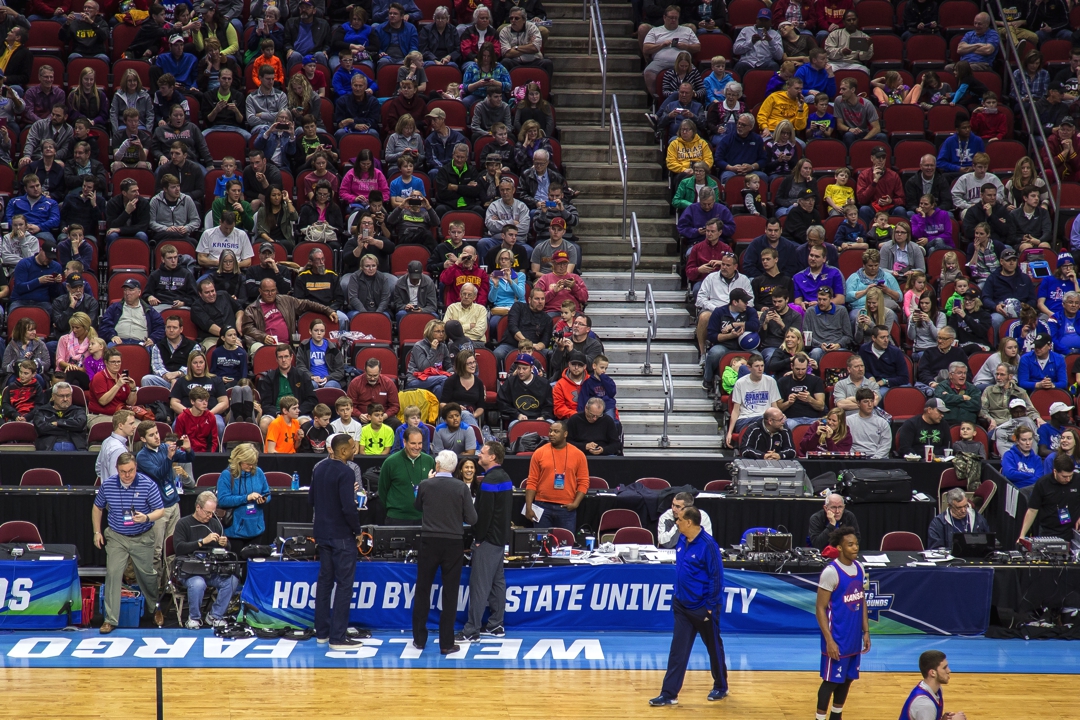 Picks and analysis by Sam Hajduk and Brendan Galbreath.

The NCAA men’s basketball tournament is here, and with it comes the difficult task of predicting the outcomes. Nobody in history has recorded a perfect bracket — yet. March Madness is here!

After doing some research, analyzing matchups and eventually flipping some coins, we compiled a solid prediction of this year’s tournament. While we are confident in our decisions, it is called March Madness for a reason — anything can happen.

The East Region is full of upsets, with two big games in the first round. Watch for Virginia Tech to defeat Wisconsin. Virginia Tech just lost the Big 10 conference championship to unranked Michigan, and that game will definitely be on their minds. Next up is Marquette vs. South Carolina, and we’re going with Marquette. They lead the nation in three-point percentage, and South Carolina has derailed ever since losing at home to Alabama in quadruple overtime.

In the Round of 32, defensive juggernauts Florida and Virginia come up against each other, and look for Virginia to take the upset win. Florida is missing their starting center, John Egbunu, who averages 1.5 blocks per game and is an integral part of the Gator defense. Possibly the most surprising upset in the East will be Southern Methodist over Baylor. The Bears have been fading all season and lost their Big 12 tournament opener to Kansas State.

Villanova will win the East region. Only two teams pose a threat to them — Duke and Virginia. While Virginia plays excellent defense, they don’t score enough per game to beat Villanova. Duke, on the other hand, is not as sharp defensively — that game will be a scoring frenzy. We believe that as long as ‘Nova shoots well from three-point range, there’s no chance Duke outscores the Wildcats.

The Midwest will have far fewer upsets. Expect University of Rhode Island (URI) to beat Creighton. URI is coming off a conference tournament win, and Creighton has several players with injuries. Next up is Iowa State vs. Purdue, and while Purdue should win their first round game, they simply do not have the firepower to beat Iowa State.

Moving onto the Sweet 16, Iowa State comes up again — don’t count them out against Kansas. The Jayhawks lost to Iowa State at home and to Kansas State in the Big 12 tournament. Iowa State went on to win that tournament, and will be the biggest upset we’ve picked — we suggest you pick it, too. Unfortunately, Iowa State’s luck will run out, as they come up against perennial powerhouse Louisville. Rick Pitino is one of the best coaches in the nation, and while they lost early in the ACC tournament, expect the Cardinals to win the Midwest Region.

The West Region is one to watch with keen eyes. The first-round battle between Northwestern — making their first-ever appearance in the tournament — and no. 9 seed Vanderbilt should be a close game. Vanderbilt has the upper-hand against top-25 teams (4-4) and three of their last six wins came against ranked opponents. The first upset in this region comes from the Princeton Tigers. Lookout for them to overtake Notre Dame solely based on their ability to win games. Princeton is 12-0 in their last 12 and went 14-0 in conference play. Their strength of schedule is weaker, but the Tigers showed they know how to pull out a win.

Another underdog to watch out for in the West is the Xavier Musketeers. A strong no. 11 seed, Xavier should be able to overcome Maryland and Florida State due to their presence in the paint. Xavier has one of the tallest teams in the country and is in the top 30 nationally for both offensive and defensive rebound percentage. In high adrenaline games such as these, dependable size helps keep control of the ball and grind out wins.

There could be some unexpected teams in the Round of 32 or even Sweet 16 but the team coming out of this region should be the Gonzaga Bulldogs. Only one loss all year with no losses to top-25 teams this season (6-0), the Bulldogs’ defense should be able to stifle any opponent, including no. 2 seed Arizona. Gonzaga only gives up 61 points per game and their star center, Przemek Karnowski, has a frame of 7’1” and 300 lbs. Expect him to lead the Bulldogs to the Final Four in Glendale, Ariz.

The South Region features a similarly close matchup between Arkansas and Seton Hall. While Arkansas has a dominant offense, Seton Hall has been playing well lately, going 8-3 in their last 11. They should be able to take this one. In the South, keep an eye on Wichita State. They are hot as a firecracker, winning their last 14 games, 13 of which by 15 points or more. Look for their deep bench and high shooting ability to make a run at the Elite Eight. While Wichita State seems to always play well in the tournament and Kentucky has a talented squad, Butler will win this region. They hold several big wins against tournament opponents like Villanova, Arizona, Cincinnati, Xavier, Seton Hall and Northwestern.

Now comes the fun part: filling out your bracket! We’ve created a group on ESPN named The Oxy Weekly Challenge so you can join in on the action. Good luck and enjoy the madness!