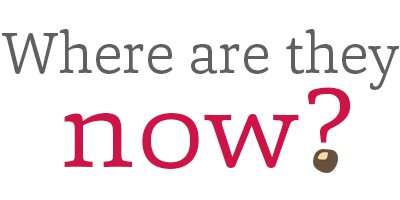 Kwame Do ’16 was ready to quit football his first year at Occidental. If it was not for a conversation with his mother who persuaded him to continue playing, his heralded career may have stopped short. During his time at Occidental, Do proved himself to be possibly the greatest running back to ever set foot on Patterson field. By the end of his final season, he was Occidental’s all-time career rushing yards leader, had broken the single-season rushing yards record with 1,325 yards in 2013 and also collected numerous awards including 2015 SCIAC offensive player of the year.

After graduating in the spring, Do was hired by financial services firm Goldman Sachs in Pasadena and stopped playing football.

“I think it was about time to hang up the jersey,” Do said. “I mean, playing running back especially, having as many carries as I had when I was playing, you take a beating.”

Though his position at Goldman Sachs keeps him busy, Do says learning the nuances of his job is no different than learning a new system in football.

“It seems like there’s a lot of information being thrown at you and it’s kind of like learning a new offense,” Do said. “There’s a lot of things going on really fast and you just have to take it in, and adapt to it as quickly as possible and try and master it.”

At Occidental, Do majored in economics and minored in math. Looking back at his workload, he maintains that his success on the field and in the classroom definitely prepared him for his current job.

Unlike the majority of people at small liberal arts colleges,
Andrew Larkin ’12, had to decide between pursuing professional golf or professional soccer after college. Larkin eventually chose golf and has since been hired as the assistant men’s golf coach at UCLA.

Following graduation in 2012, he began playing on the professional golf circuit and accepted the head coaching position for the men’s and women’s golf teams at Occidental. During his three years bolstering Occidental’s golf program, he developed an affinity for coaching that he has built upon ever since.

Larkin loved playing golf professionally but saw a career in coaching. Playing both golf and soccer in college, he came to appreciate the character that both sports taught and, as a result, he hopes to instill the same values as a coach.

“What my time as a student-athlete did for me individually really established where I am now,” Larkin said. “It’s something that I want to continue to give kids in the future, and there’s nothing like being a part of something bigger than yourself.”

Larkin’s success as a professional athlete and collegiate coach did not happen overnight. Larkin secured these achievements through his regimented approach as a student-athlete.

“I’ve been someone who’s been super strict … as far as time management goes,” Larkin said. “I kind of believed that free time and that time to mess around should be like a prize if I’d achieved everything I had to do in a day, so I never really ever left anything to the end.”

By the time Scott Hong ’14 began playing for Occidental’s baseball team, he had already played a number of positions at University of California Irvine, Orange Coast College and Glendale Community College. A seasoned college athlete, Hong was instrumental to the Tigers’ success as a team, leading the SCIAC in saves, stolen bases and walks. He alone stole 31 bases and ranked 15 in the nation.

Hong now coaches the Wilshire Warriors, a youth travel organization based out of Larchmont. He also coached the LA Clash and the LA Baseball Academy, two other youth baseball programs.

“For me, I think that age group is really influential in deciding whether they should continue on with baseball, or if they don’t,” Hong said. “I wanted that kind of instruction when I was younger so it’s like a full circle for me.”

Hong found that Occidental’s baseball coaching staff’s hands-on approach was particularly impactful on his career. Their techniques not only made him a better player, but also inspired Hong’s own coaching philosophy.

“Wherever you are in life, you pick up new things from different people, and for me, the Occidental baseball coaches and the players I was around were amazing,” Hong said. “How I coach and how I interact with the kids, I mean a lot of that stems from just picking up the mannerisms and the attitudes that these coaches had on me.”

Hong also used his experience as a baseball recruit to start a highlight video company called Highlight Sports Productions with his friend John Schwer. The business specializes in creating high school and college recruitment videos. According to Hong, Occidental’s patronage has been instrumental in the opening stages of the business.

“Our production company has benefitted from Occidental tremendously,” Hong said. “They allowed us to film a couple promotional videos for [the] Occidental baseball, and track [teams].”

At Occidental, Do, Larkin and Hong excelled both academically and athletically. The student-first emphasis of an NCAA Division III school allowed them to succeed in their sport while maintaining the academic excellence that Occidental advertises to every incoming class of prospective students.