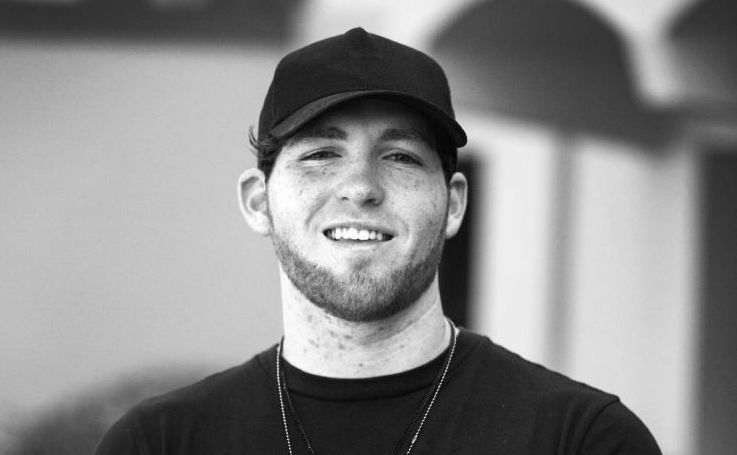 On Saturday, Oct. 15 in a 57-56 loss to University of La Verne, Occidental quarterback Bryan Scott ’17 became the all-time career passing leader for both Occidental and the SCIAC. Scott completed 30 of 43 passes, for 390 yards, with two touchdowns and no interceptions.

The big game brought Scott’s career passing total to 7,835 yards, surpassing Occidental football legend Andy Collins who ended his career with 7,731 passing yards, and former SCIAC all-time leader Tom Bonds of Cal Lutheran who finished his career with 7,773 yards. Andy Collins played football for three seasons at Occidental, from 2005–2007, leading the team to three consecutive SCIAC championships. Collins, who passed away at age 27 in 2011, is the only person to be awarded SCIAC offensive player of the year three times.

“Andy Collins is one of those legends at Oxy and he will always carry a special place in the hearts of all that knew him. To have achieved this honor and to say I feel humbled and honored would be an understatement.” Scott said.

For the 2016 Occidental football team, the offense continues to be the bright spot of a tough season. Through five games this season, Scott currently leads the SCIAC in touchdown passes with 14, and with 364 yards per game passing, leads the league by nearly 100 yards.

“Although I am extremely proud of our team for the past four years, our team goal has always been to win the SCIAC championship.” Scott said “My teammates and I work as hard as anyone in the conference but we came up short in our ultimate championship goal.”

The struggles of this current Tigers football team are difficult to pin on Scott, whose performance improved each of his four years at Occidental. This year, in an attempt to fill the offensive void left by reigning SCIAC offensive player of the year Kwame Do ’16, Scott was asked to shoulder a larger burden of offensive production. Through five games, he attempted more than 45 passes per game. Despite the increased workload, Scott managed to become more efficient, completing a career high 66.8 percent of his passes, and only throwing one interception.

Asked about getting the chance to play with Scott for four years, wide receiver Cordell Harris (senior) was quick to praise his quarterback.

“To have a guy who puts in the time and effort that he has to improve himself as a player pushed me to work harder. He is the best QB statistically to ever play in our conference and it has been a tremendous opportunity to play by his side,” Harris said.

Scott attributed much of his success to his coaching staff and his teammates.

“My offensive coordinator/QB coach Darnell Arceneaux has played a huge role in my life. Not only making me the best player I can be but also the best leader and man I can be off the field. Without him the passing record would never have happened,” Scott said.

Scott has undeniably flourished under the tutelage of Arceneaux, developing from a promising first-year talent into the most elite quarterback in the SCIAC. Each year, Scott’s interception per attempt ratio has declined, despite being asked to do more within the offense each year.

When asked about Scott, Arceneaux highlighted Scott’s personal growth over the his four years on the team.

“Bryan believes in himself and his teammates so strongly that they believe in themselves by extension, and it makes everyone around him better,” Arceneaux said.

While he will be recognized in the SCIAC record books for his outstanding performance, Scott realizes that being an Occidental student athlete means more than the results on the field.

“My hope is that all of Oxy student athletes recognize how special they are and to cherish their time here,” Scott said. “Oxy has been so great for my teammates, my family and myself. It truly has shaped me into the person I am today and I am forever grateful for what Oxy has brought to my life.”