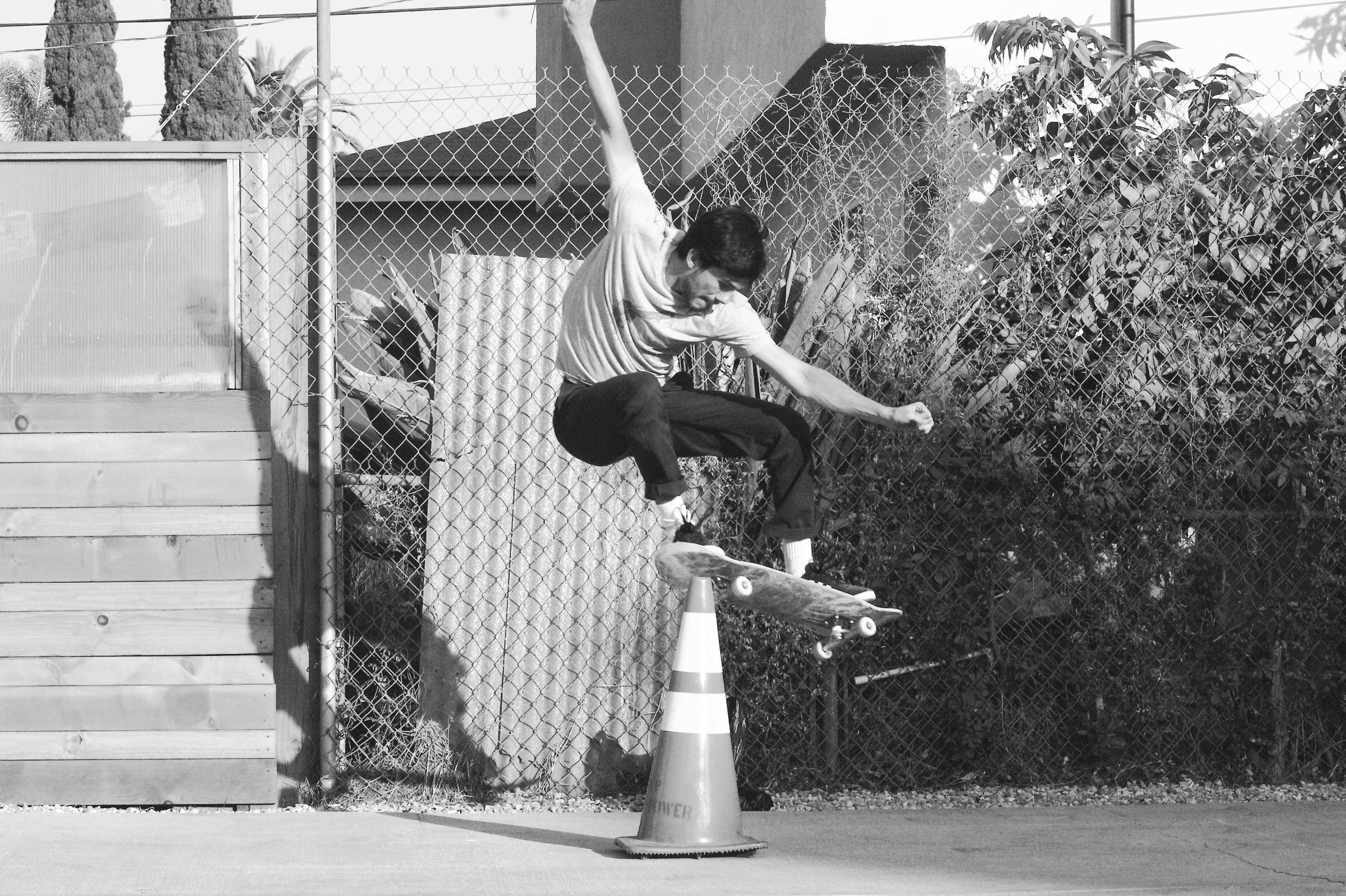 While walking around campus, you’ve likely heard wheels rumbling on the pavement, or maybe you’ve witnessed someone practicing tricks or jumping over the stairs alongside the quad. Occidental’s skateboard culture is intimate, but has expanded over the past couple of years. The sport entered the lives of local skateboarders through different channels at different times, but pulled them together through their shared passion.

Khloe Swanson (junior) said that her dad owned a skate shop when she was younger. She said that she had skated on and off while growing up, but that after her bike was stolen this summer, she turned back to skateboarding as a means of transportation. Meanwhile, friends of Ben Knobel (senior) gave him a skateboard for his birthday and he got into skating while studying abroad in Cuba last spring, where he made friends based on the common interest. Several others also mentioned forming relationships at Occidental because of skateboarding.

An important aspect of Occidental’s skate culture is the Skate House, which is home to several upperclassmen who share a dedication to skateboarding. Fittingly, the front of the house is adorned with skateboard decks, and the paved backyard is a convenient place for the residents to practice.

Traditionally, those unaffiliated with skateboarding often see skateboarders as reckless, destructive and resentful of rules and authorityWhile these stereotypes might hold true for some, those interviewed stated that most skaters don’t conform to that particular image.

“I feel like there does exist in the culture, a part of the culture, like a sect, that’s kind of unruly, but I don’t think that represents all skateboarders,” Knobel said.

Zander Silverman (senior) explained that the absence of communication between skateboarders and authority figures helps to perpetuate the negative stereotypes. Griffin Morita (junior) added that the lack of communication creates false ideas of self endangerment.

“I don’t think that skateboarding is an act that will lead you to not respect authority,” Morita said. “I think that skateboarders have definitely gotten a bad rap for that. If you’re jumping down a set of stairs, there’s definitely some level of recklessness to it, but you don’t do it with the mindset of ‘I’m gonna do this to be reckless’.”

Max Harrison-Caldwell (junior) added that skateboarding culture as a whole is very inclusive. He also mentioned that, despite changes throughout the years, the spirit of nonconformity that has inspired the culture still remains.

All of the local skateboarders brought up the positive elements of the culture that are sometimes overlooked. Knobel likened the skateboarding community to a family, and said that one positive aspect is the support that skateboarders offer each other. Others highlighted the creativity that comes with the sport.

“I think Max had a point, in talking about how skateboarding has always been a counterculture […] It’s this idea that it’s not going to be confined to what the rest of society is doing. Which is something that I’ve always liked; it’s being creative in the same way as a lot of music, or art, and stuff like that,” Wilkinson said.

In addition to serving as a creative outlet, skateboarding can also be a way to unwind, and to focus on something besides academics. Despite the falls, scrapes and bruises, local skateboarders find skating relaxing and even cathartic.

“Thank God for skateboarding. I think I would go mad if I didn’t have it,” Logan Justice (senior) said.