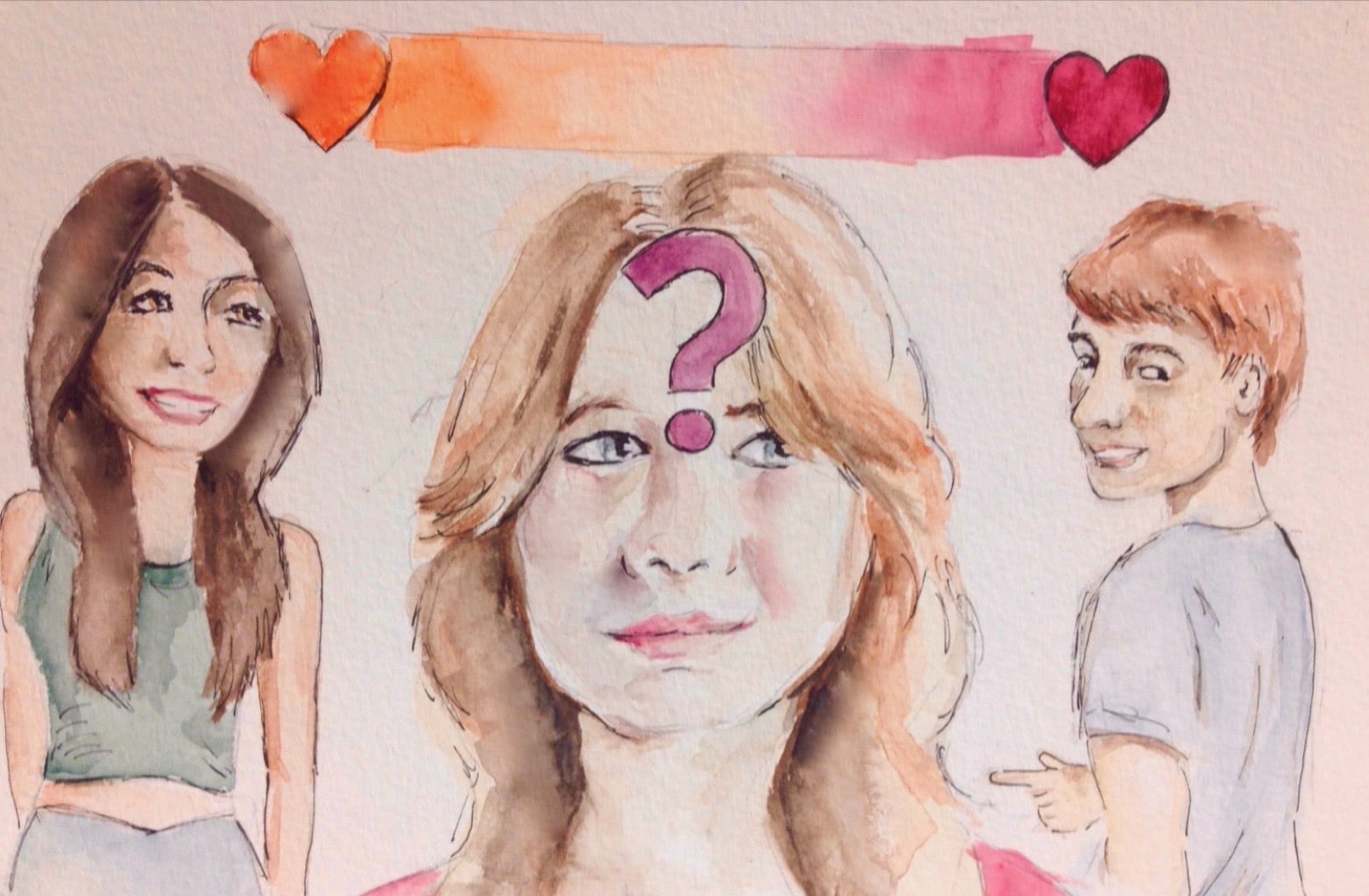 I was at a party this summer having a conversation with a male friend. At the time, he was dating a female friend of mine but was telling me about how he was also fairly attracted to men.

“We’re millennials,” I said. “We don’t have sexualities.”

“Exactly. We have iPhones and fidget spinners.”

This conversation reveals something about the way we treat bisexuality. My friend told me that he was attracted to two different genders — literally the definition of bisexuality — and I chose to interpret that as a lack of concrete sexuality, despite being bisexual myself.

On the one hand, this view can be freeing; it’s easy to languish in the free-love millennial void without having to worry about labels. (Or are we Gen Z’s? Or the iGeneration? No wonder labels stress us out.) On the other, it can be a massive relief to put names to different facets of your identity and engage with communities of others like you. If we refuse to acknowledge bisexuality as a valid sexuality — by calling it simply “fluidity,” by saying bisexual people are “confused” and will eventually “pick a side” or by not saying anything about it at all — we deny bisexual people valuable opportunities for community, visibility and acceptance. The erasure of bisexuality is, of course, exasperating, but our refusal to use the word usually stems from ignorance, not malice.

Bisexual activist Robin Ochs defines the bisexual experience as being “attracted — romantically and/or sexually — to people of more than one sex and/or gender, not necessarily at the same time, not necessarily in the same way, and not necessarily to the same degree.” While some may consider bisexuality to be an outdated term that fails to acknowledge the existence of genders besides male and female — favoring the term “pansexuality” instead — that’s not actually the case. A bisexual person’s level of attraction to each gender doesn’t have to be equal; you can, for example, typically feel more sexually attracted to one gender and more romantically attracted to another. To clarify, I am not suggesting that people shouldn’t identify as pansexual if they prefer that term; bisexual people may also be attracted to some genders but not others, so there is a slight distinction between the two. What matters to me is that we acknowledge attraction to multiple genders as a valid sexuality at all.

Representation in the media could certainly clear up some misconceptions and help shape people’s views on bisexuality, but so far, that area’s been lacking. The TV show “Orange is the New Black,” for example, features a protagonist who has romantic relationships with both men and women, and yet the word “bisexual” is never spoken by any character on the show. In fact, the Gay & Lesbian Alliance Against Defamation (GLAAD) reports that only 1.7 percent of characters on TV in 2017 were bisexual, with four times as many bisexual women depicted compared to bisexual men.

The issue persists even within the LGBT community. One study on a group of bisexual women from the University of the West of England reports that they didn’t feel at home in either LGBT communities or society as a whole. This was because people both inside and outside of the LGBT community assumed bisexuality to be a phase and characterized bisexuals as immature and promiscuous.

Now let’s return to that sweet, sweet millennial ambiguity. Within today’s hookup culture, people (and women in particular) face less stigma against casually kissing friends of the same gender. It’s a double-edged sword; on the one hand, we have more freedom to explore our sexualities, but on the other, we are frequently dismissed as “bi-curious” or “attention-seekers” no matter our reasons for doing it. In fact, because of this pervasive bisexual erasure, we often don’t quite understand it ourselves.

Here’s my suggestion: If someone you know tells you they’re bisexual — listen, and be vocal about your support. If you think you may be bisexual — say so. Try it out for a day. See if it fits. Hey, if you even say the word, you’re already doing better than “Orange is the New Black.” Our representation starts with us; it’s time to claim bisexuality loud and clear.