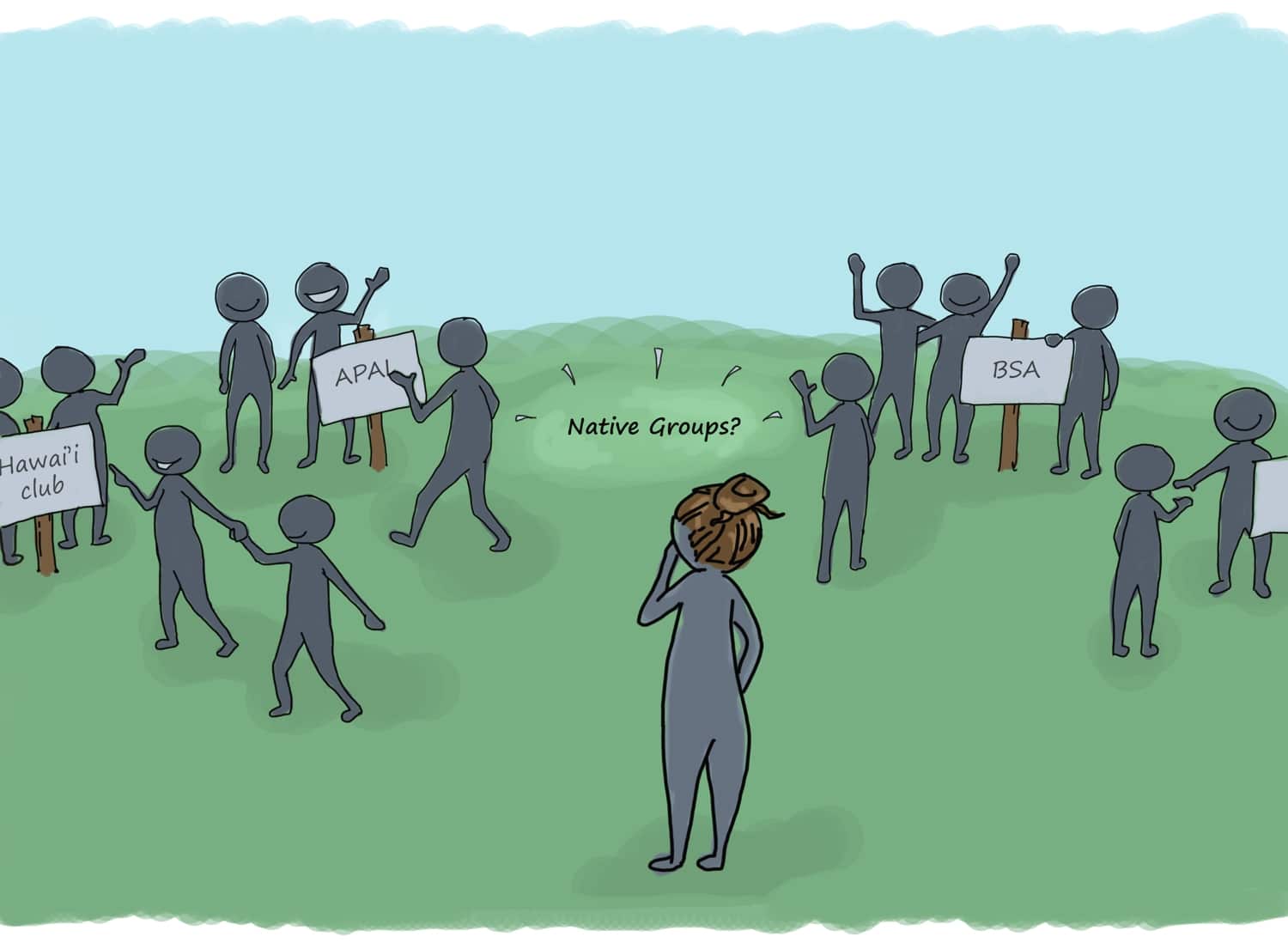 Occidental doesn’t have a single Native student club or organization. According to the 2021 Class Profile published by the Occidental admissions office, only two percent of the first-year students are Native American/Native Hawaiian. With 565 first years, that translates to 11 Native American/Native Hawaiian students. I found similar statistics for the Class of 2020, which has approximately ten Native students. I couldn’t find statistics published by Occidental for the classes of 2019 or 2018, but the conclusion I came to based on these numbers was that because Occidental’s population of Native students is so low, nobody has ever called for a platform for them.

Well, I’m here to signal that call. Now, more than ever, we need to fight for Native rights. It shouldn’t matter if there are five, 15 or 500 Native students — numbers shouldn’t determine access to validation and support. Native students deserve community.

My personal interest in the Native community stems from my Native identity. In sixth grade, I proudly told my friends that I was Native American. No one believed me. Even though I am a card-carrying Wyandotte tribe member, they concluded that I was lying to get attention simply because of my blonde hair and white skin. From then on, I questioned my validity as a Native person and prefaced statements about my heritage with underlying cracks at how “I know I don’t look it.” I internalized a message that my heritage was not valid.

I have since had years to mature and understand my identity, and I am now proud and comfortable with my culture. I have grown used to the surprise I still meet regarding my appearance in connection to my Native identity, but I have also found a sense of community through my tribal affiliation.

My senior year of high school, I was invited to attend the Multicultural Visit Program (MVP) at Occidental. Occidental was one of my top choice schools, and the prospects of the trip excited me. When I arrived, the other attendees and I were offered opportunities to learn about the groups and spaces on campus for multicultural students. There was a mixer night where we heard about the many cultural clubs on campus and got the chance to network with club leaders.

As clubs gave their presentations, I kept waiting to hear about a Native club or any Native presence on campus. I never did. So, after the presentations ended, I hesitantly raised my hand to ask about the Native community at Occidental. I was curious: Were there clubs or other platforms for Native students?

My question was met with a few moments of uncomfortable silence, and a disheartening final response: no.

Feelings of invalidation from middle school came rushing back, and I felt defeated; I watched as my fellow MVP peers connected with clubs and found a piece of community. In the place I least expected, I was once again left on the outskirts due to my cultural identity.

I came from a high school in Seattle with annual Native Cultural Assemblies and intentional focuses on supporting Native students. My school worked hard to encourage both Native and non-Native students to participate in learning about Native culture, and this greater focus encouraged my deeper involvement within these communities. In high school, I was involved with a Native club that planned events and collaborated with the administration to provide support and opportunities surrounding Native culture and rights to the student body.

I knew coming to Occidental that there was a lack of Native groups, but I didn’t expect the degree to which this was true. As a result of this, I have been less involved in the Native community, although not of my own volition.

The narrative of Native lives is not limited to history textbooks. Widespread support through events on campus and an intentional focus on Native students would kickstart interest in creating a space dedicated to Native culture. I want to encourage students, faculty and staff to remain mindful of this presence on campus and to look for opportunities to support Native students in larger capacities, particularly since many multicultural students experience feelings of invalidation and exclusion.

In light of National Native American Indian Heritage month in November, I hope that a space or club on campus can soon be dedicated to Native students.

Stella Ramos is an undeclared first year. She can be reached at sramos@oxy.edu.