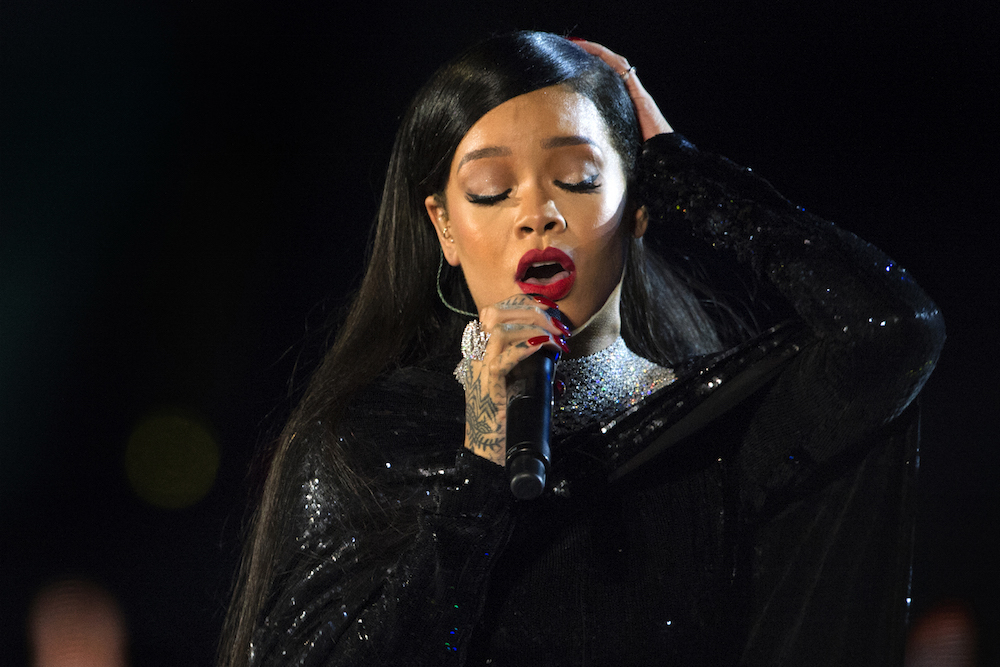 I remember buying my first bottle of foundation because my theater department didn’t carry any stage makeup dark enough for my tan Filipina skin. Despite the aisles of various foundation brands, the white sales lady had trouble finding anything for me among the alabaster, ivory and nude; I settled for the second darkest shade in the small brand she found tucked away in the corner. But I got the message: There wasn’t room for me — or any other women of color — to participate in the beauty industry.

Today, the definition of beauty is expanding to include people who have never had the opportunity to feel beautiful before, and if makeup brands want to remain relevant, they’ll have to accept that the future is inclusive.

Makeup is so non-inclusive that even Rihanna — Barbadian singer, songwriter, actress, designer and now beauty mogul — has had to endure the same problems as her fellow women of color. The majority of on-trend “looks” were ones only lighter-skinned women could emulate. Instead of waiting for other brands to realize that white is not the default skin tone, Rihanna launched her own inclusive makeup line, Fenty Beauty, Sept. 8 in 1,600 Sephora stores across 17 countries. The star of the line is her foundation, with an unprecedented range of 40 shades that accommodate everyone — from albino to very deep. The majority of mainstream foundation brands on the market today rarely go beyond 20 shades, and even that’s generous.

Rihanna’s shades go beyond the predictable cool, warm and neutral undertones of most brands to include red, olive, peach, yellow, pink and red undertones.

“Fenty Beauty was created for everyone: for women of all shades, personalities, attitudes, cultures and races,” Rihanna wrote on the product line’s website. “I wanted everyone to feel included — that’s the real reason I made this line.”

White consumers are projected to become the minority in the United States by 2040, yet many major beauty conglomerates fail to acknowledge the spending power of women of color. Many brands have not wanted to add deeper shades of foundation on the basis that it is not profitable, even though minorities already make up 38 percent of consumers. African-American women spend a collective $7.5 billion each year on beauty products and spend 80 percent more on cosmetics than other consumers. What’s more is that — as of Sept. 18 — 15 of Rihanna’s foundation shades were sold out on the Sephora website, eight of which come from the deeper end of the spectrum. The brand is constantly restocking to ensure everyone has a chance to try it. I personally wear shade 330, which had initially sold out on Sephora’s website.

Many makeup brands still divide themselves into categories of “general” or “ethnic.” Other brands have tried touting how “multicultural” their range is at the expense of signaling out people of color as “different” or “other.” I want the same quality products my friends with paler skins can use, and I want to emulate the same beauty looks they can. I didn’t know doing that was such a radical statement.

According to one survey, a third of women won’t leave the house without wearing foundation and, likewise, ranked foundation as the no. 1 one confidence booster among makeup products. But if you can’t find your shade, it can be demoralizing. Every foundation sample I receive is always too light and often foundations fail to match my skin’s yellow undertones. But clicking through the slideshow of models wearing Rihanna’s foundation line, she really left no one out. I was stunned to see Asian models with skin like mine, whom I never see in major makeup brands, alongside other traditionally beautiful women as equals. All their skin is equally beautiful, and it was an affirmation that mine is, too.

Prior to the makeup launch release, Rihanna marketed her brand as the “future of makeup.” Following the brand’s overwhelming success, other brands are scrambling to compete. Three days after the Fenty Beauty launch, Estée Lauder, one of the leading foundation sellers, posted a photo on Instagram boasting of the range of shades in their iconic foundation (which still paled in comparison to that of Fenty Beauty). Now the beauty world is starting to pay attention to what their consumers really want. Rihanna started a new trend: diversity.

Kristine White is an undeclared sophomore. She can be reached at kwhite2@oxy.edu