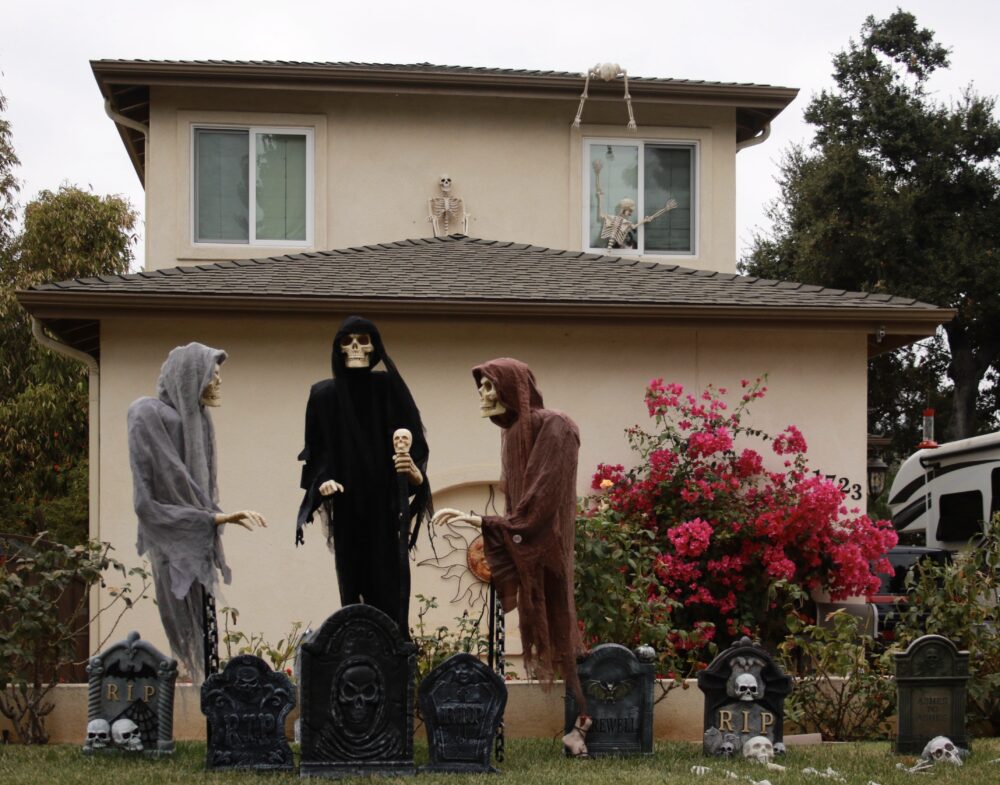 The LA Department of Public Health released guidance for Halloween celebrations Oct. 18, stating carnivals, festivals, haunted houses and trick-or-treating will not be permitted. New variations such as “truck or treating” are also not recommended. With the Centers for Disease Control and Prevention (CDC) deeming many traditional Halloween activities high risk for the spread of COVID-19, many families and businesses in NELA have adapted their events to continue celebrating the holiday.

These restrictions on the holiday have not discouraged people like Escott O. Norton, a Downtown LA resident who grew up in Eagle Rock and Halloween enthusiast, from celebrating.

Norton said he plans to celebrate the holiday with his family, especially with his grandchildren, by getting creative. Instead of trick-or-treating, Norton suggested families celebrate with a Halloween-themed Easter hunt in their own homes, watching Halloween or horror movies as a family or by creating their own costumes, which is an activity Norton said is the most memorable every Halloween.

“[COVID-19] just cancelled some elements of Halloween, and we have to work a little harder to make some good memories,” Norton said. “It’s going to be different, and it’s going to be as fun as the parents make it.”

According to Norton, safety concerns over common Halloween activities are nothing new. In the past, trick-or-treaters receiving apples with razor blades inside or poisoned candy have sparked national concern. Norton said, although trick-or-treating is a major aspect of the holiday, it does not define the holiday as a whole.

“For me Halloween is about imagination, is about pretend, is about healthy scares,” Norton said.

According to Hannah Christensen (first year), Associated Students of Occidental College (ASOC) first-year senator, people have substituted the traditional costume party by making it virtual. Christensen said a virtual Halloween party would be a way to help first years at Occidental connect with one another and create a sense of community.

“[The ASOC First-Year Senators] wanted to create an opportunity for people to start talking to one another, and what better way to do that than for a holiday like Halloween,” Christensen said.

Many businesses in NELA are hosting events to give back to their community. Natalia Aldacour, owner of Muddy Paw Coffee LA in Eagle Rock and Silverlake, said she feels it is necessary to try to bring a sense of normalcy to her customers and their children.

“For everyone [COVID-19] has been very hard, but for kids it’s even harder to understand everything that has been taken away from them,” Aldacour said. “So I thought if we are already seeing our customers with their kids daily, why not do something to celebrate that.”

According to Aldacour, both Muddy Paw Coffee LA locations will be offering full-size candy bars to kids who are in costumes on Halloween. Aldacour said they will also be hosting a raffle for people’s Halloween costume posts who tag Muddy Paw LA on social media to help their customers and kids show off their costumes and for a chance to win a $50 gift card.

“We’re in a pandemic right now, and the kids cannot go trick-or-treating, and wear their costumes. We know this is an underserved community, and there is a lot of need for food and a lot of shortages,” Gallegos said. “So we decided we were going to take it upon ourselves to do this, for the kids in the neighborhood.”

According to Gallegos, the giveaway will take place at Avenue 50 Studio and will require people to wear a mask and stand socially distanced in a line while waiting for their pumpkin and candy. Gallegos said rooms will have monitors to ensure people follow the health guidelines. After collecting their pumpkin and candy, people will have the opportunity to show off their costumes and have their picture taken under a fall festival-themed archway.

Norton said the largest obstacle this year’s Halloween faces is the collective mindset that Halloween is ruined. Norton said if parents believe Halloween can still be a fun and festive holiday, so will their children.

“This is an opportunity to do something unique and memorable. We can choose to make this fantastic holiday and stay safe,” Norton said.