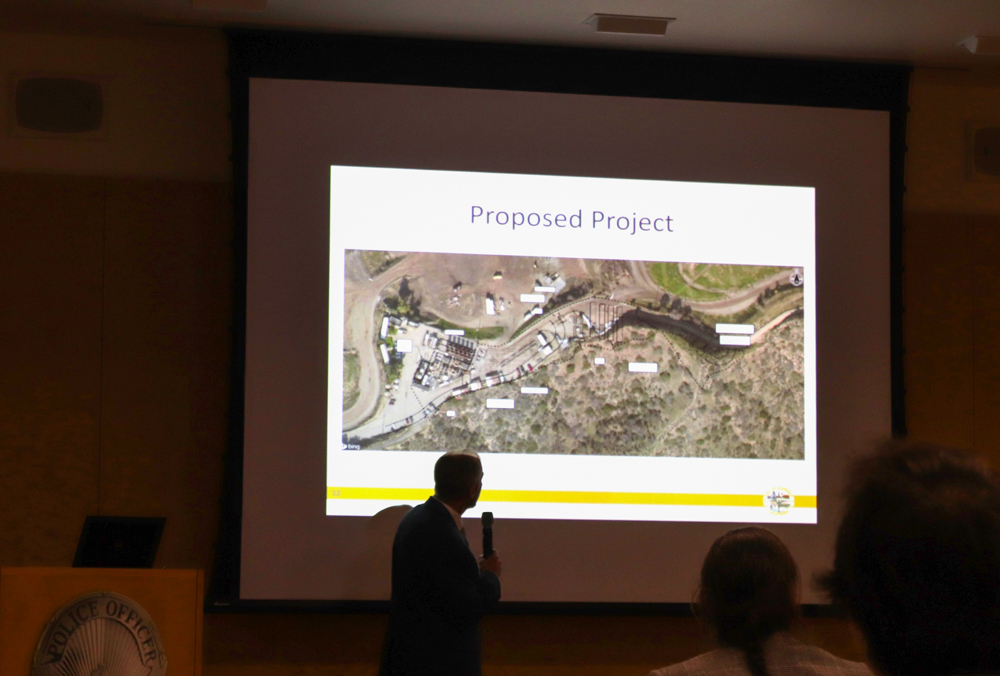 The period for public comment on the Draft Environmental Impact Report (DEIR) for the City of Glendale’s proposed biogas facility at Scholl Canyon Landfill closes at 5:00 p.m., Sept. 30.

While Glendale, NELA and Pasadena residents will write the majority of comments, a July 3, 2019 Los Angeles city council motion required letters from the city as well. Council District 14 (CD-14) and LA Sanitation and Environment (LASAN) have already submitted letters in response. CD-14 Councilmember-elect Kevin de León, who will take office Oct. 15, has also submitted a letter in coordination with the other comments, according to Sarah Flaherty, a member of his transition team.

At issue is how to cope with landfill gas, including methane, from decaying garbage at Scholl Canyon. The garbage emits a constant flow of gas. Between 1994 and 2018, Glendale Water & Power (GWP) piped the methane to the Grayson Power Plant, where it was burned to generate power.

GWP stopped piping the gas April 1, 2018, and started flaring it, an operation that continues presently, GWP officials confirmed. Although GWP did not release a statement or notify the public of the shift to flaring, the DEIR explains the shift as a result of emissions from combusting landfill gas at Grayson creating unhealthy levels of air pollution.

To use the methane for energy again, GWP has proposed a plant that will use four combustion engines at Scholl Canyon to generate energy.

CD-14, which represents Eagle Rock in NELA, has been without an elected leader since June, when Councilman Jose Huizar was arrested by the FBI for allegedly taking at least $1.5 million in bribes. CD-14’s caretaker, Chief Legislative Analyst Sharon Tso, signed the CD-14 letter.

The CD-14 letter is informed by its residents’ reaction to a general lack of communication from GWP and is critical of the DEIR for being inadequate in some areas. The LASAN letter provides a list of 14 technical concerns, with a full analysis and suggested resolution of four primary inadequacies in the DEIR.

LASAN submitted their letter Sept. 25, according to LASAN Public Information Director Elena Stern. LASAN Assistant Director Mas Dojiri said that while the City of LA does support Glendale in beneficially using the landfill gas, the comments address the adequacy of the DEIR.

“The City of Los Angeles will continue to advocate on behalf of those residents living within the Eagle Rock area who may be adversely affected by the environmental effects of the Project,” Dojiri said via email.

Members of local environmental organizations are concerned both by the continued use of outdated flares and by health threats they believe the biogas facility would bring.

Two members of the Coalition for Scholl Landfill Alternatives (CSLA), an activist group founded in 2014 from Glendale, Pasadena and Eagle Rock, signed a public comment letter Sept. 22 stating their most pressing concerns about the proposed facility after reading the DEIR.

“Any discussion of the future of the landfill, due to its location in a designated very high fire zone, must have fire prevention and safety at the forefront,” the letter reads. “These neighborhoods have mostly narrow, single-access roads. The wildfire plan minimizes the danger and carelessly assumes that an on-site water tank and a fire department more than five miles away are sufficient.”

Nelson and Hatrick also wrote that GWP must give more information about alternatives to the proposed biogas plant at Scholl Canyon and how the project would fit with Glendale’s future energy plans.

The need for a comprehensive analysis of Glendale’s energy plan was also underscored by Kate Unger, a leader in the Glendale Environmental Coalition (GEC), an advocacy group.

“The city [Glendale] and community need more information about alternatives to allow side-by-side comparison of environmental and health impacts of alternatives beyond the proposed project,” Unger said. “Glendale needs to do comprehensive energy planning that prioritizes environmental and public health, that maximizes carbon-free energy for Glendale, and that considers plans for the Grayson Power Plant and any project at Scholl Canyon together rather than as separate projects.”

CSLA member Jackie Gish, who holds a Ph.D. in chemical physics from Caltech, said she believes the methods used in the DEIR to calculate air quality impacts are misleading.

“They say the engines are worse than the flares for many of these pollutants, but then they assume they will get priority reserve credits, which eliminates them on paper (of course this does not actually eliminate them),” Gish said via email.

She added that GWP will have too much gas to process by the four engines they are proposing, meaning that continued flaring is likely. Gish pointed to GWP’s use of 2016 estimates on the landfill’s rate of gas emission that are far lower than current flow rates.

GWP Environmental Program Administrator Maurice Oillataguerre said that all public comments will be answered in the final EIR. He added the final EIR may be completed early in 2021.

“We want to get as much community engagement as possible. If you noticed, instead of a 45-day public comment period, we put a 90-day public comment period — we doubled it,” Oillataguerre said. “As far as what we’d like to do with the gas, we’d like to do the most efficient, the most beneficial use of that gas, that has the minimum or least amount of pollution, and is a reasonable cost that’s not going to quadruple our residents’ energy bill.”

GWP stated in its 2019 Integrated Resource Plan that its proposed portfolio will establish it as a national clean energy leader. Gish disagreed with that assertion.

Public comments on the DEIR should be addressed to Erik Krause, Deputy Director of Community Development, City of Glendale, Community Development Department, 633 East Broadway, Room 103, Glendale, California 91026-4386; fax (818) 240-0392 or email ekrause@glendaleca.gov. Comments must be received prior to the close of the 90-day public review period at 5:00 p.m., Sept. 30.