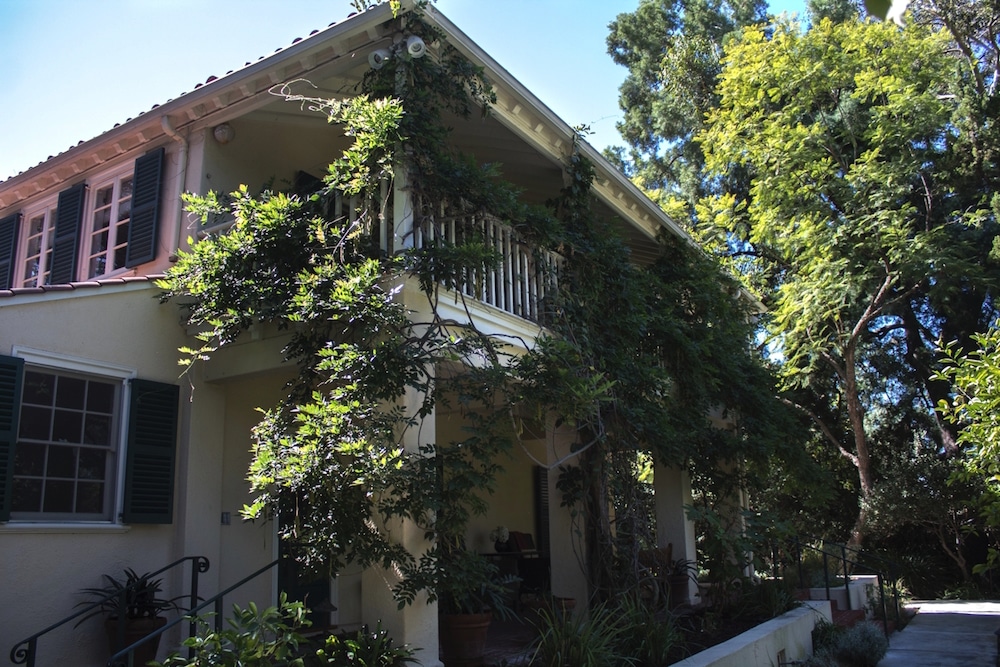 After 8 years of residence at the Wallis Annenberg President’s House on campus, President Jonathan Veitch and his family have moved to an off-campus residence. In an email sent to the campus Aug. 31, Veitch addressed many broad campus-wide changes, such as the hiring of new deans and the construction of a new aquatic athletics center, and stated that he and his family will be leaving campus.

“Sarah and I will be moving off campus, about 15 minutes away,” Veitch said via campus-wide email. “After living on campus for 8 years, and with a demanding comprehensive [fundraising] campaign on the horizon, Sarah and I want to reserve a place for family life.”

Veitch has resided in the Wallis Annenberg President’s House since July 2009, when he became the 15th president of the college. According to his campus-wide email, Veitch briefed faculty about his move during the first faculty council meeting in August.

“Sarah and I felt that it was time to try and work toward a better work-life balance,” Veitch said via email.

Jean Paule, who was first employed as the secretary to President Arthur G. Coons ’20 in 1950, also served as Occidental’s first college archivist from 1996 to 2011. Paule collated a thorough description of campus housing from 1887 to 2005. In her research, Paule stated that a president’s decision to live in the Annenberg house was generally a unifying development.

“[On-campus residence] was essential to a personal relationship with the students of the college,” Paule wrote in her research.

Paule’s research demonstrated that the first president of the college — Samuel H. Weller — lived with his family on campus, but that there is no strict tradition of presidents living on campus throughout the college’s history. John Slaughter, the college’s president from 1988 to 1999, did not live on campus at all.

Dale Stieber, special collections librarian and college archivist, referred to Remsen Bird, the eighth president of the college, as another example of a president living on campus. Bird declined to accept the position until he and his wife could be assured that a home would be built for them on campus.

“Bird’s residence was the first administrative home built on the Eagle Rock campus grounds,” Stieber said. “It was paid for by the college.”

Stieber said that each president since 1887 has prized their availability to campus and the accessibility of the president’s administrative office. Veitch said that his move will not negatively impact his relationship with the student body.

“My commitment to be present on campus remains as strong as ever,” Veitch said via campus-wide email. “I’ll be on campus every day that I’m not traveling for college business.”

Veitch said the appointments of Dean of the College Wendy Sternberg and Dean of Students Rob Flot are examples of how the personal relationship between the administration and students will continue.

“Oxy is fortunate to have two dynamic new deans, Rob Flot and Wendy Sternberg, who have already established a strong presence on campus and live across the street from campus,” Veitch said via email.

The Annenberg House has historically been used to host a variety of events and guests, such as civil rights leader Martin Luther King Jr., Russian Premier Alexander Kerensky and poet Maya Angelou. Apart from receiving the college’s guests, the property is also a venue for enticing potential college benefactors. In 2005, the college renamed the president’s house as the “Wallis Annenberg President’s House” following a two-million-dollar gift from the Annenberg Foundation. Jim Tranquada, director of communications and community relations, said that the gift’s only effect on the Annenberg House itself was its renaming.

“The purpose of the Annenberg gift was to support ongoing programs at the college,” Tranquada said. “The president’s house was named in recognition of the gift, but the funds were not intended to improve the house.”

Veitch said that his move will be a help, not a hindrance, to the use of the Annenberg House.

“If anything, my move will allow us to use the Annenberg House more intensively. We’re using this opportunity to take care of some needed maintenance work, but in the meantime, we’ve already had five events at the house this semester, including matriculation,” Veitch said via email. “There’s a long list of ideas of how to use the house in future that we’re still sorting through.”