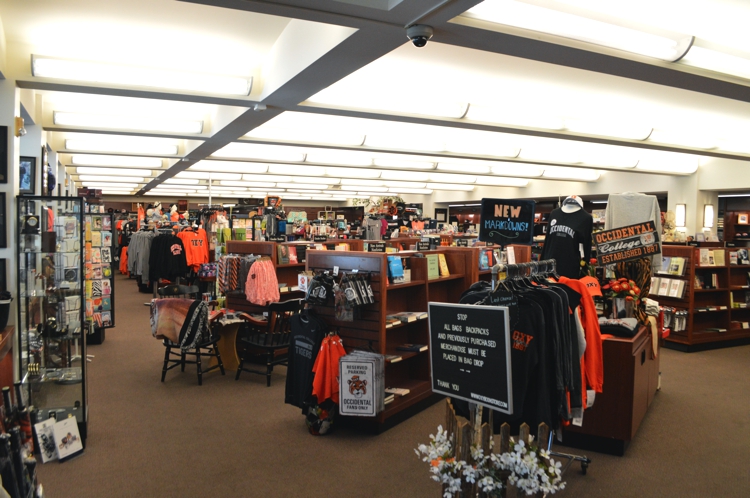 The Occidental College bookstore — as stated on its website — believes that where its clothes are sourced from matters. The bookstore’s policy, in alignment with Occidental’s mission, prohibits doing business with companies that utilize sweatshops. Products produced by Alta Garcia Apparel (AG) — the first apparel factory that pays livable wages to its employees in the developing world — are available for purchase at the bookstore. Founded in 2010 and based in the Dominican Republic, AG pays factory workers more than three times the minimum wage compared to similar workers within the country, according to the website. Recently, the reliance on consumers has become an issue for AG at Occidental. According to bookstore manager Donna Huebner, the demand for AG products at the Occidental bookstore is currently down.

The apparel line operates by selling their merchandise to college bookstores and relies on the business of such institutions. Occidental College is one of about 400 partners of AG and has been working with them for over five years, according to Huebner.

The partnership began several years ago after the Student Labor Action Coalition (SLAC), headed by Caitlin Ruppel ’13, organized a campaign in 2013 that pushed for AG products and encouraged students to purchase clothing produced by the manufacturer, according to Urban and Environmental Policy (UEP) Department Head Peter Dreier, who has written his own article on the history and functionality of AG. Purchasing of AG products allows for workers to have better access to food, water, clothing, healthcare and education due to their comparatively higher salaries.

“The campaign [was to] educate students about why they should care about the conditions under which their clothing is made, and why they should purchase the AG items,” Dreier said via email.

In 2012, Alexandria Brown ’12 and Helen Wright ’12 traveled to the Dominican Republic to conduct research for their UEP senior comprehensive projects on AG. Their purpose was to tell the story of how workers fought for and attained basic human rights using AG as a case study. Through their research, they found that clothing apparel can and should be produced at a livable wage because there are no negative economic consequences, according to their comps report.

“Apparel can be produced at a living wage with only a minuscule impact on the final cost as long as concerted forces work to keep the demand for the product high,” Brown and Wright said in their report.

The report highlights how much AG relies on the demand of consumers at college bookstores, including Occidental’s, to maintain their operations.

“I haven’t done much with [AG] in the last year or so because students haven’t been purchasing as much clothing as in the past and haven’t asked about Alta Gracia,” Huebner said.

Dreier attributed this possible disconnect between AG purchases and Occidental students to a lack of awareness.

“[The campaign for AG products at Occidental] lasted a year, so most of our students today don’t understand the issue,” Dreier said.

Delaney Nolin (senior) recognizes the benefits of sourcing apparel through a company that respects workers’ rights, such as AG.

“I am much more likely, and much happier, to pay a higher price for clothing if I know it is made sustainably and with humanitarian methods, and it is of good quality,” Nolin said.

Current students at Occidental have the opportunity to show that they support projects like AG by purchasing their products at the bookstore.