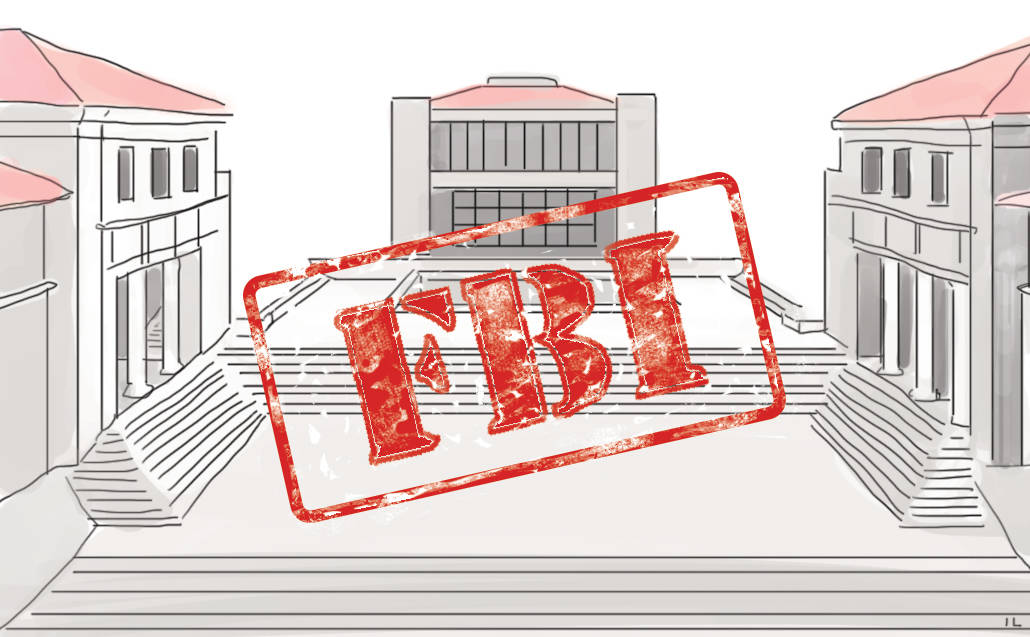 The Federal Bureau of Investigation (FBI) approached Occidental College — along with other educational institutions across the nation — this year regarding recommended preventative measures against opioid use on campuses, in light of the growing national epidemic of opioid and heroin abuse. In coordination with the U.S. Drug Enforcement Administration (DEA), the FBI has created an initiative to have the documentary film, “Chasing the Dragon,” screened on college and high school campuses.

The 50-minute film, first released in February, makes a sentimental claim against opiate use and features the direct testimonies of survivors and users, in addition to FBI and DEA members discussing the consequences of drug use. The DEA and FBI created the anti-drug PSA — at the request of FBI Director James Comey — with a clear goal in mind: Stopping the threat of opiate prescription abuse, a mission the Occidental administration welcomes with open arms.

Georgetown University was the first institution to screen the film, holding an event Sept. 23. The program quickly spread to schools across the nation.

With this new initiative, colleges are recommended to fit opioid safety into preexisting anti-drug initiatives.

Opiate use is a growing issue in the United States. According to DEA Administrator Chuck Rosenberg, there are 589 new heroin users every day in the United States and 80 percent of them started with pills. Sara Semal, senior director of Emmons Wellness Center on campus, emphasizes the importance of using prescribed pills safely. She said Occidental is trying to find new ways to address opioid use on campus, including using the FBI’s documentary as an educational resource. Occidental’s Alcohol and Other Drugs (AOD) Policy Committee is integrating this initiative into their drug education, she said.

“We want to make students aware of the risks associated with using medications prescribed to others,” Semal said.

According to Semal, the purpose of showing the film is to explain the risks of opioid use and the outcomes that may arise from long-term dependency. As a Licensed Professional Personal Counselor (LPCC), Semal urges students to take prescription drugs only to treat the conditions for which they are prescribed.

“We want to encourage individuals to speak to their doctor to discuss the drugs they are using and — if they are using the drug to treat a condition — to explore all treatment options to ensure they are getting the safest treatment possible,” Semal said.

Prescription opiate and heroin use disproportionately affects college-aged individuals. According to a national survey conducted by the Substance Abuse and Mental Health Services Administration (SAMHSA), the increase in heroin use among those aged 18–25 years, between 2002 and 2014, was higher than any other age category.

According to Dean Erica O’Neal Howard, Occidental has already put in place efforts to stop the specter of opiate abuse (statistics for Occidental’s drug use were requested but no response was received). Kinesiology Professor Marci Raney gave a talk to first-year, transfer and exchange students during the new student orientation that included information on opioid safety, Howard said.

Residential Advisors (RAs) — at least one per residence hall — are required to screen “Chasing the Dragon” and facilitate a discussion on the issue, RA Lani Cupo (junior) said. According to RA Haarika Reddy (senior), RAs were only recently given news of the FBI’s documentary, with the request to screen it coming just after their fall training. RAs are only required to provide educational information to residents, Reddy said.

While Cupo has yet to receive specific opioid prevention training, she said that RAs receive some routine training regarding drug use, which, unlike alcohol use, RAs are immediately required to report to campus safety. Otherwise, according to Cupo, providing students with a support system is the main role of an RA.

“I think many RAs consider student support a bigger portion of our work,” Cupo said. “Should a student require support with any drug-related issues, we provide resources and a point of contact for them.”

The FBI initiative, therefore, falls on the shoulders of RAs, who must balance executing administrative requests with supporting student interests.