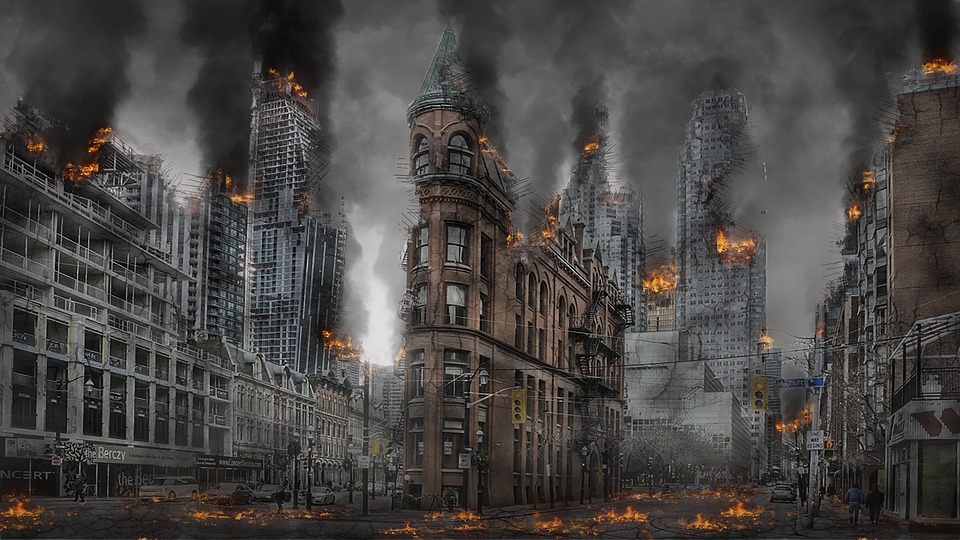 The world has been ending on and off since the Mayans predicted our worldly demise in 2012, yet I’m still here. The latest death prediction came from self-described “specialist in research and investigations” David Meade, who claimed the apocalypse would begin Sept. 23 when the planet Niburu would pass by Earth, causing catastrophic volcanic eruptions and tsunamis. In case you weren’t paying attention, it’s October 4th, so … this did not happen.

But something strange is going on here at Occidental College regardless, and I know I’m not the only one who has noticed. As your typical critically thinking and analytical student, I’ve been spending countless hours in the stacks, pouring over detail after detail, and the signs are all here that the end of days is upon us.

It all started in 1979 when a small-town student named Barack Obama began his first year here. He was the first to start to put the pieces together. Sadly, he had to leave campus before he got in too deep, but luckily I’m here to finish what he started.

My research began when I heard of the new Barack Obama Scholars Program reminding the nation that Occidental College, or “LA college,” as the New York Times has deigned to call us, exists. Why was the scholarship announced this year specifically? The difference between 1979 and 2017 is 38, but if you add 27 for the number of times I sent Obama a letter asking him for a letter of recommendation to get into Occidental, you get 65. This was my first clue.

The other day, while I was casually gossiping with the campus squirrels, President Jonathan Veitch rolled by in his tiny green Fiat. I heard students whispering about the news.

“Did you hear Veitch is moving out of his house?” one said.

Coincidence? Obviously not. He, too, probably knows that the end of the world is coming and is escaping while he still can. The number of jokes I’ve heard since then about his tiny green Fiat? 65. I made 60 of them, but that doesn’t matter. It’s the math that counts.

Not all of the apocalypse signs are as benign. I don’t make the rules that there has to be some destruction and mayhem along the way. It’s not called the end of the world because everything will be all fun and sunshine. First, there was the Great Occidental Power Outage of 2017, that dark and sweaty night that instilled terror in the hearts of many students. Then, like a Biblical plague, came the warning of West Nile Virus in the area. That’s when I knew something terrible was slowly descending onto our campus.

Strangely enough, for the first time since the 1970s, the Mary Clapp Norton Academic Commons received a fresh makeover including an updated Writing Center and new floors. The worst part is that they removed many of the old, comfy couches that were falling apart. Now I have to actually sleep in my dorm room. They were clearly trying to stop my research process with all these so-called “renovations,” but while I was hiding in the back of the stacks from the renovation crew, I spotted 64 pieces of dried chewing gum under some of the desks. I then added my own, making it … 65! If my English classes have taught me anything, it’s that blatant repetition always means something! Everything!

When will all this come to pass? How much longer do we have to enjoy the pasta bar before everything goes up in flames?

Today is Oct. 4 and 65 days from today is Dec. 8. According to my intense research, this is the day that the world will end and our campus will descend into a sinkhole of fire and despair. You know now that I think about it, that seems to coincide with the beginning of finals week … OH WAIT.