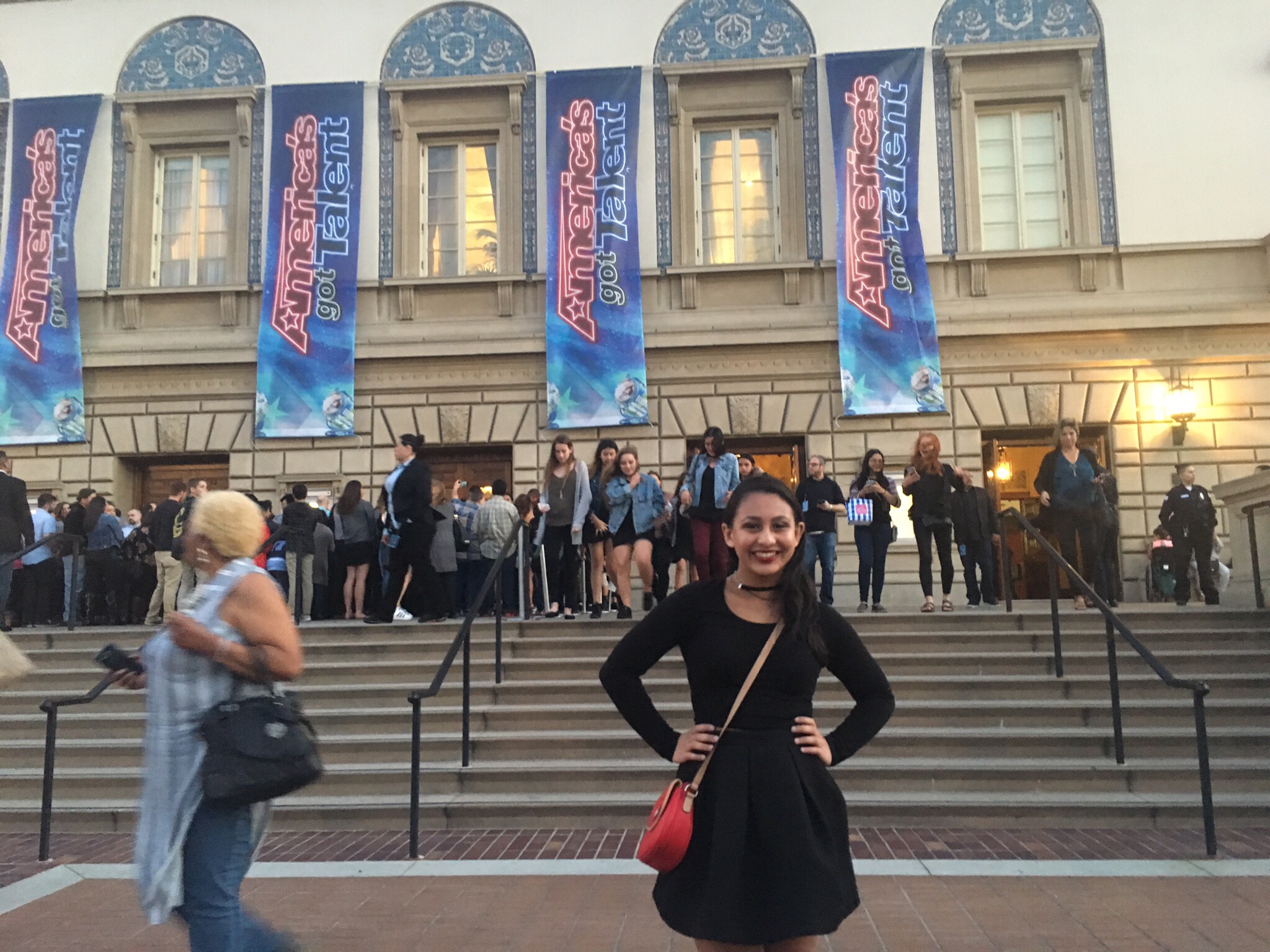 AGT shouldn’t only stand for America’s Got Talent, but also Audience’s Got Talent. This gig was not for the weak.

Attending a filming of auditions for the 12th season of America’s Got Talent as an audience member, my seat was only a few rows behind the judges’ panel. From my vantage I had a perfect view of Simon Cowell’s magnificent throne. Once seated, a staff member appeared before the audience and, like a general sending his troops off to war, laid down the rules of battle.

“You cannot leave your seats for the next three hours. You will be seen on camera, so DO NOT stop smiling. You will react to everything the judges say. EVERYTHING,” he said.

Bring it on, I thought. My years of high school theater experience would finally be put to good use.

Then appeared Chuck, with his peppy smile and upbeat demeanor, whose job was to oversee audience activity in between shoots. I can only assume that the show found him from a Craigslist ad seeking professional sadists.

Now, I’m a broke student. There’s little I wouldn’t do for $25. Chuck explained that the judges would be arriving in 10 minutes and they needed to film audience reaction footage. First, he needed laughing shots. He told us to pretend that something hilarious happened on stage. On the count of three, all 3,000 audience members began to hesitantly chuckle. He stopped us after a minute, but I saw a mischievous glint in his eyes. This was only the beginning. He signaled for us to start laughing again.

I slapped my knee and snorted. People around me were laughing deeply from their bellies. This was still not enough to appease Chuck.

People were slumped back in their seats, painfully laughing. Some had actually fallen out of their seats. Discordant claps and knee slaps played an ominous rhythm. Tears rolled down my cheek. My mascara was not waterproof. I clutched my aching abs as I looked pleadingly at Chuck for the sweet release of death. Was this method acting?

Time became illusion. I was light-headed and oxygen-deprived, and all I could think about was the hilarity of an empty stage. After what felt like eons, Chuck nodded his head. Our performance had pleased him. He lowered his hand and bade us to stop.

“Great! It looks like we still have about 10 minutes before the judges arrive, so let’s do some more laughing while waiting,” he said.

The cycle continued as we reacted to imaginary daredevil acts that had me jumping in my seat, adorable little girls singing about bunnies and breathtaking pieces that pulled us to our feet. With $25 on the line, I gave the greatest performance of my acting career. It felt like the performance that would grant me my Screen Actors Guild card. Maybe I could drop out of Occidental like Ben Affleck did. After all, my performance was going to be seen by 15 million people nationwide.

I was lucky enough to be seated on the right side next to the aisle and got to high five the judges as they walked in (fist-bump, in Howie Mandel’s case). The legendary Simon Cowell slowly made his way to his seat and shook my (very) sweaty hand.

“HI SIMON, I AM A BIG FAN OF YOUR WORK AND BY WORK I MEAN ONE DIRECTION,” I screamed in his face.

He nodded and smiled. I was just another crazed fan and this was another day at the office. I was very convincing in my role.

The NBC disclaimer I signed does not allow me to discuss the acts I saw until the show airs May 30, 2017. I walked away from the live filming satisfied by my performance, even though I did not win the $25. Resident sadist Chuck rewarded it to a very small girl with pigtails sitting in the front row. But that, I suppose, is showbiz.