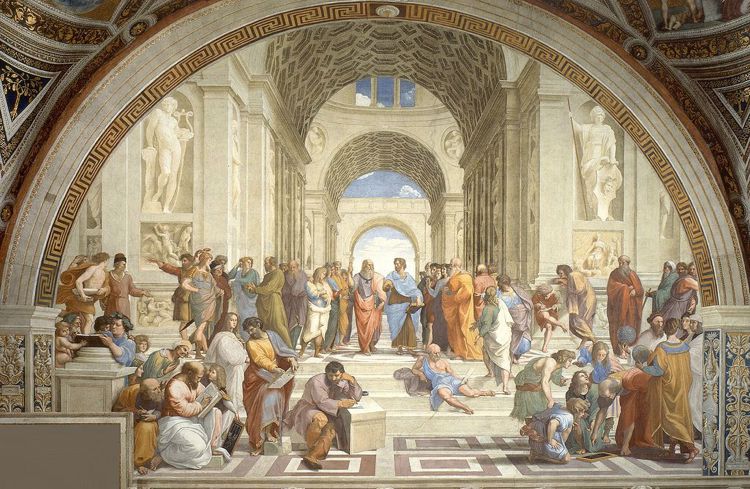 PLATO: Hello Socrates, the wisest and justest tenured professor I have ever known.

SOCRATES: Plato, my prized student of Philosophy 101, what have you come to inquire about? I apologize for my haste, I just got off the phone with the Athenians. They want me to come to another academic conference, but I do object to their lack of concern for the welfare of their souls.

PLATO: Uh, totally. I have arrived at your office hours to ask you to clarify your views on the morality of oratory. And to get an extension.

SOCRATES: I see. But I would much rather ask you, are other professors giving you extensions?

PLATO: Gorgias, sir, has offered me an extension before.

SOCRATES: And tell me, does Gorgias refer to himself as a professor?

PLATO: Yes, he does. Not only at this college, but in all settings.

PLATO: I believe so.

SOCRATES: And is “adjunct” the same as “full-time,” and can a real professor be both things?

SOCRATES: And if an adjunct is not a real professor, are they entitled to giving extensions?

SOCRATES: And if this is true, should they be allowed to take coffee from the faculty lounge?

SOCRATES: But we cannot know definitively. Tell me, what courses are you thinking of taking next semester?

PLATO: Logic 101, Truth 220 and Topics in Biology to fulfill my Math/Science Core requirement. I’m probably going to declare my Interdisciplinary Writing minor soon. Will you be teaching anything in the spring?

SOCRATES: I’m not sure. I’ve been rather busy lately.

PLATO: What have you been working on?

SOCRATES: Mainly guest lecturing, normal lecturing, preserving the oral tradition … commuting also takes a long time. I live an hour and a half away and have to come in three days a week.

PLATO: Socrates, if you don’t mind me asking, how did you get tenure if you haven’t actually published anything?

SOCRATES: Is the mark of a great professor being published?

PLATO: Well, I don’t know, but a lot of my other prof-

SOCRATES: And if we aren’t certain that being published makes a professor great, is there reason to believe that there a false knowledge as well as true knowledge?

SOCRATES: But now that you mention it, would you be interested in being my TA?