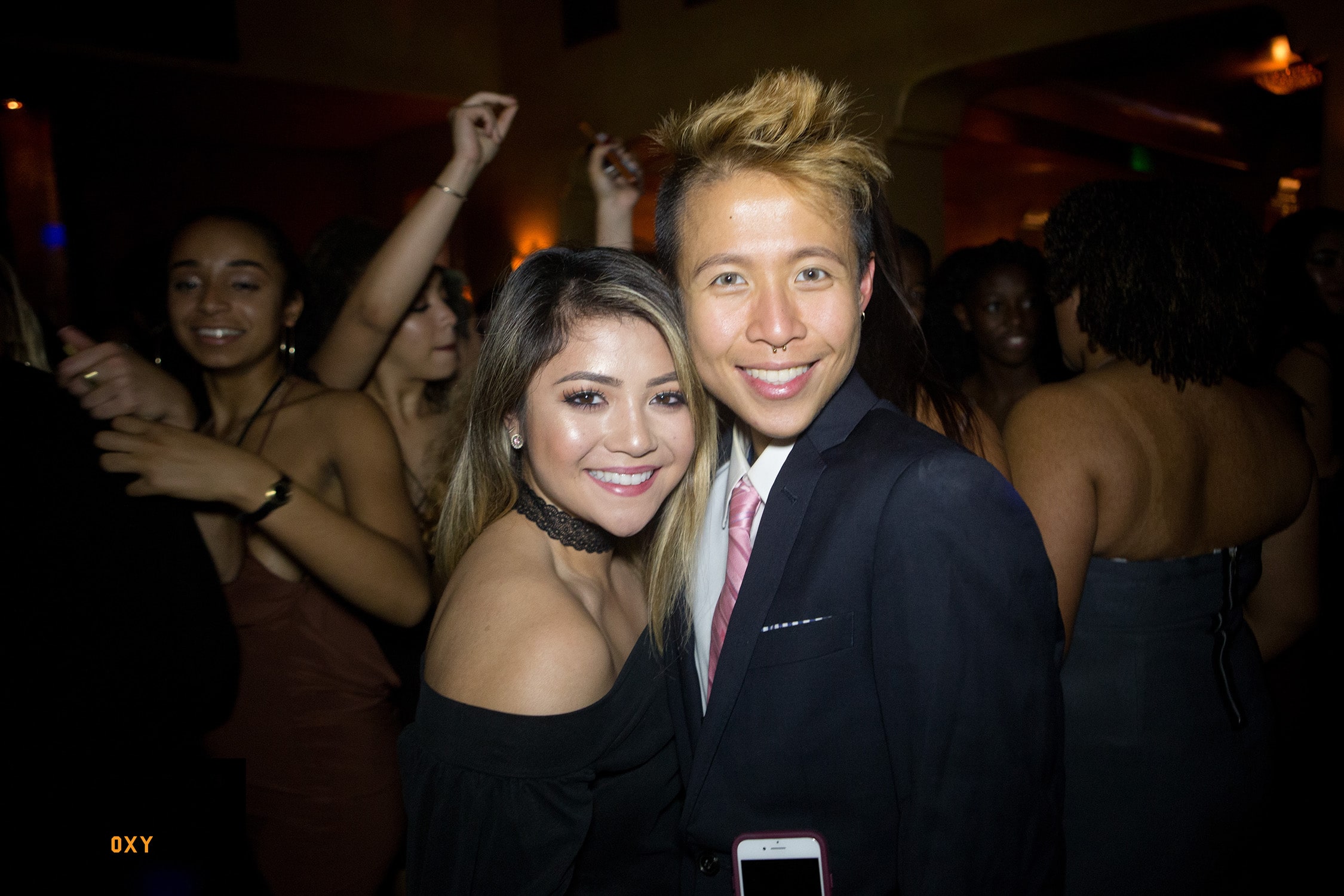 On the night of Nov. 11, 400 students danced together at the second People of Color (POC) Formal at the Avalon Bardot. According to POC Formal committee members Eushrah Hossain (senior), Chris Thaxton (senior) and Rahul Menon (senior), the success and popularity of the first POC Formal last spring inspired them to bring the event back for its second rendition. Other committee members included Demi Duenes* (senior) and Elias Magana (senior). Hossain said that the purpose of the event was to have fun and heal after a tense year of political unrest for students of color at Occidental. Each invited student had permission to bring a plus one — either an Occidental student or non-Occidental guest — of any race or ethnicity.

Hossain said that the event was accessible to the entire Occidental community. According to Hossain, the committee began compiling a list of students of color in August for the purpose of invitations. The committee compiled this list with the help of cultural clubs on campus and the guest list from the previous POC formal. To ensure that anyone who wanted to attend had an invitation, Thaxton said the committee members sent out emails, posted on class Facebook pages and tabled on the Academic Quad.

According to Hossain, students of color who felt excluded from Greek organizations’ formals motivated the committee to hold a second POC formal.

“The point of sending the invites to only students of color initially is to change the narrative of who’s getting invited to these events,” Hossain said.

Although the venue only allowed those who were over the age of 18 with government-issued identification to enter, Menon said that it was not their intention to be exclusionary. In addition to financial restrictions related to the price of the Belasco Lounge — the venue where the former committee held the POC Formal last spring — Thaxton said the committee wanted to hold the formal at a new venue so that the Belasco Lounge would not become the designated venue for years to come.

“We [the committee] wanted to mix it up, especially for us since we’re all seniors and we’re heading out,” Thaxton said. “We had it at the Belasco last spring so we didn’t want it to be a known place like ‘oh, this is where POC Formal is, this is what we do every year, it’s gotta be at this venue every time, every year’ because that’s not the point.”

Menon added that the committee felt it was important to move the venue in order to make it a completely new experience for Occidental students.

Hossain said that funding for the formal came from the Associated Students of Occidental College (ASOC), the Diversity and Equity Board (DEB), the South Asian Students Association (SASA), Multi, the Black Student Alliance (BSA) and a $5 entry fee. Thaxton said that Vice President of Student Affairs and Dean of Students Rob Flot’s financial support for the event impressed him.

“To have an administrator [Flot] come out be like, ‘oh, I’ll show you financially that I support this,’ means a lot,” Thaxton said. “We can tell 400 people that this person shows that they support you and that means a lot.”

Flot said that events like the POC Formal are necessary at Occidental.

“I think it’s important to strive to have social programs that support the cultural preferences and needs of all students,” Flot said via email.

As with the last POC Formal, Hossain said that the committee appealed to Vice President of Equity and Inclusion and Chief Diversity Officer Rhonda Brown for support. She declined to grant them funding. Brown said she understood the importance and necessity of the POC Formal, but felt that the event was too exclusive to fund.

“I’m concerned that the majority of students might say things like, ‘how come my money is spent on something I can’t even attend?’ I think that’s problematic,” Brown said.

Menon said he was disappointed by the perceived disconnect between the administration and students.

“Diversity and equity are principles of the college, we’re fulfilling those principles by creating and striving to create these spaces. It’s frustrating that the Office of Diversity is not committed to the same principles,” Menon said.

Menon said it was coincidental that the POC Formal fell around the anniversary of the 2016 election. According to him, spaces like the POC formal have become more necessary since then. Hossain said that cultural clubs provide room for discussion about issues that students of color face, but it may be hard for students to open up in these on-campus spaces. She said that POC Formal allowed students to heal together without being vulnerable.

Thaxton said that in such a divisive time, he has seen more people of color rallying together in more collaborative and inclusive ways.

*Duenes is a copy editor for The Weekly.