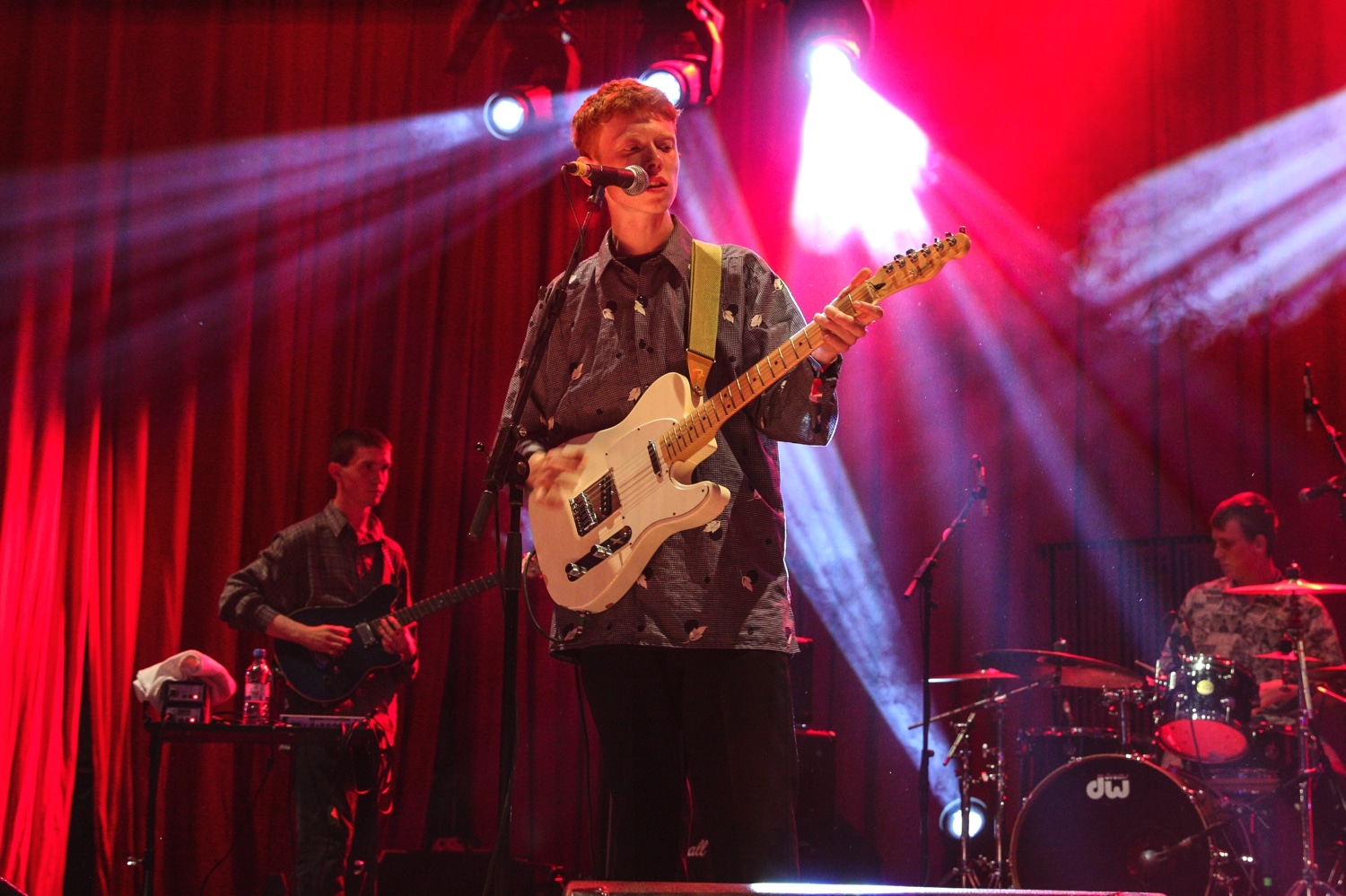 British boy wonder Archy Marshall is a man of many talents. Nov. 8, he dazzled the Teragram Ballroom during his first solo show in Los Angeles since 2013. He released his debut record, “6 Feet Beneath the Moon,” in 2014 under his most famous moniker, King Krule. In 2015, he released the electronically produced album “A New Place To Drown” under his legal name. A book of poems, drawings and photographs put together by Marshall and his brother Jack accompanied that record. He goes by Edgar The Beatmaker when rapping over low-fi production with his crew Sub Luna City. Oct.13, King Krule released his highly anticipated sophomore record “The Ooz.” Marshall built a cult-like following after “6 Feet Beneath the Moon” and his multiple artistic identities create a main character full of mystery.

“The Ooz” is a well-constructed synthesis of Marshall’s separate artistic sensibilities. He channels vocal tics from the blues and fuses punk phrasing into his playing. In a recent interview with Pitchfork Magazine, Marshall cited fellow British and experimental artist Dean Blunt as an influence on his evolving sound. Blunt’s dark and chiseled grooves provide the perfect template for Marshall to repurpose and incorporate into his playing. Blunt is another artist whose sound doesn’t fit the confines of a single genre. Marshall’s library of niche references creates a stylish and original mix of musical ideas. From start to finish, “The Ooz” is like going on a 3 a.m. walk with Marshall’s heaviest thoughts. He makes deep cries for respect and personal justice but admits this quest has worn him down. He poses answerless questions that darken his mood and destroy a sense of faith.

Angelenos crave Marshall — tickets sold out in under a week. The Teragram Ballroom is designed like a futuristic theater, and the stage is enclosed by slick and worn out metal. From the opening chord, Marshall transformed the venue into an ecstatic dance hall. He slinked to the stage with the stoic swagger of ‘70s era David Bowie. Three band members provided backup to Marshall’s rousing guitar playing.

He began with “Has This Hit?” from his debut record. The twinkling guitar chords confine Marshall’s words of frustration and apathy. His poignant writing conveys stories and feelings of conflict which slowly burn Marshall’s heart.

“I’m dreaming. My aspirations got a ceiling. And now I’m constantly cleaning the scars of your dealing,” Marshall said.

Marshall took control of the room’s energy early in his set with the frenetic “Dum Surfer.” It was the second single released in a series of atmospheric music videos promoting “The Ooz.” The song capitalizes on a chaotic mood. The composition is layered with demented voices echoing behind Marshall’s playing. The crowd reacted by opening up a mosh pit that quickly defused into a dance circle. That formation allowed enthusiastic fans to flood to the front. It was like a midnight prom where punk related angst replaced the high toned attitude of high school’s most underwhelming night. Fans belted Marshall’s charismatic lyrics of discontent while loosely swaying shoulders. His explosive performance created a sound of triumph and perseverance.

“If we were commuting, this train would surely crash. Now my brain’s diluting with blame and guilt and hash. Getting lashed, getting lashed by all of the gods,” Marshall said.

Marshall took advantage of the crowd’s newfound energy by transitioning into the funky ballad “A Lizard State.” The song’s tight guitar chords aggressively dart and dip before a fiery saxophone crashes onto the soundscape. Once again the floor shook and arms flew towards the sky. Marshall began dancing and dramatically approached the mic with great intensity. He showed his versatility when transitioning to the slow-burning parts of his catalog. Marshall’s performance of “Midnight 01” calmed the crowd and allowed him to reflect. He hinted through his lyrics how his mental highway is clearest in the early hours of the morning, and said he’s fascinated with that contemplative power.

He closed his set with a rambunctious performance of “Easy Easy“ and returned moments later to indulge in the crowd’s desperate request for an encore. Marshall’s performance was dynamic and sincere. I left with my understanding of “The Ooz” replaced by new questions. Great artists evolve to investigate new areas and pockets of space that are up for interpretation. His alluring mystique continues to grow towards a legacy.