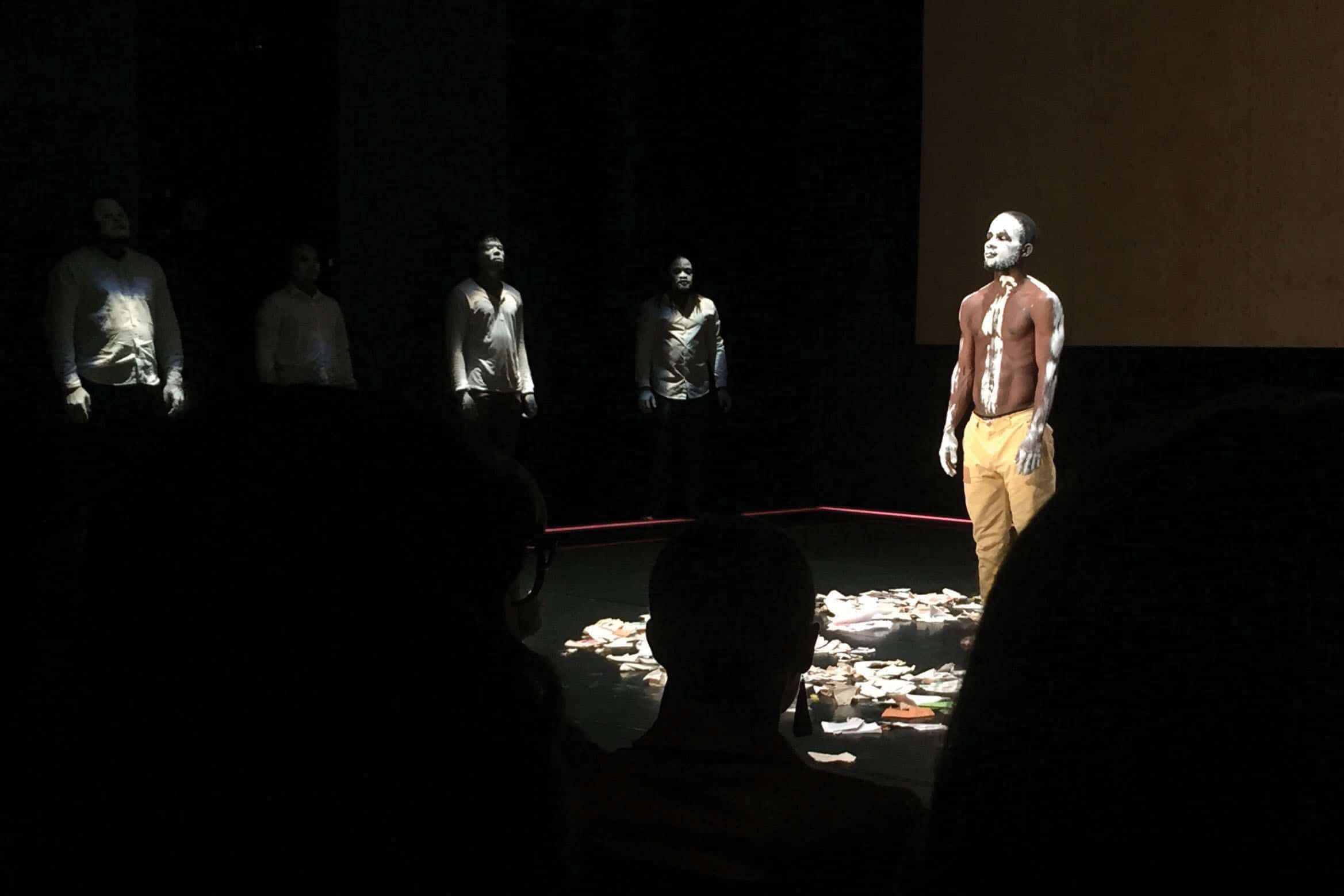 “Sur les traces de Dinozord,” a spoken tale about Congolese artist Faustin Linyekula’s home country’s struggle to find peace, took place at the Roy and Edna Disney/CalArts Theater (REDCAT) in downtown Los Angeles from Sept. 28–30, selling out all three nights. Linyekula has performed at REDCAT twice before, but this most recent performance in L.A. marked the West Coast debut of “Dinozord,” according to REDCAT.

Originally from Kisangani — a city of 1.6 million nestled in the northeastern part of the Democratic Republic of the Congo — Linyekula moved to Kenya in 1993 and founded the country’s first contemporary dance company, Studios Kabako. “Sur les traces de Dinozord,” Linyekula’s fifteenth production with Studios Kabako, dedicates itself to the memory, desire and dreams of lost friends, according to the play description. As Linyekula said, the play is a grave for the fellow artists he has lost upon the way.

The show begins with Linyekula in convulsions, chanting against a deafening rampage of noise, a mix of instrumental, electronica and human screams at a hair-raising volume. From then on, the actors dance as a form of mourning as well as celebration and contemplation. Dance becomes an expression of all human emotion, Linyekula said.

A group of the Congo’s premier artists accompanied Linyekula as they performed “Sur les traces de Dinozord,” according to Studio Kabuki’s website. The three dancers — Jeannot Kumbonyeki, Papy Ebotani and Yves Mwamba — have flourished immensely with Studios Kabako and beyond. Papy Maurice Mbwiti, an actor and narrator of the store, received a writing residency at Maison des auteurs in France in 2012. Serge Kakudji, the play’s musical voice, has sung with the Paris Opera and embarked on a major world tour in 2008.

One Kabako member could not be on stage: Antoine Vumilia Muhindo lives as a political exile in Sweden and recounted his story via a mid-performance Skype call.

Muhindo described the torture and cruelty that he witnessed inside Kinshasa’s Makala Prison, serving nearly 10 years as a political prisoner. He recounted the horrors of a barbaric regime through the medium of the world’s latest technology, setting up a surreal contrast between modern and medieval.

A further contrast, this one between death and rebirth, presents itself throughout the piece. Serge Kakudji, the countertenor, delivered snippets of Mozart’s “Requiem,” which Mozart composed while on his deathbed. Just as “Requiem” was the last work of a master, those at Studios Kabako, Linyekula said, are the last of a tribe —remnants of Congolese art and expression.

Muhindo explained how the terrible acts of genocide, death and ruin that he, Linyekula and the others have witnessed have influenced their work.

“That’s why the theme of death and resurrection or life is omnipresent,” Muhindo said via email. “Death not as the end of everything, but death as liminality. One can see death and life in the white mask on our faces: in fact, white color in Batu semiotics symbolizes life after death, it is the colors of the spiritual body we get after death.”

Kajudji said that in the face of death, the artists have learned to focus on the joys of the present.

“I learned to be joyful of what I am. In Congo, people don’t dream much about the future, so they try to be happier in the present moments,” Kakudji said via direct message. “But when the suffering is strong, we laugh with the tears and we weep with a smile.”

Yet, beyond just a story of the present, “Sur les traces de Dinozord” reflects upon what might be in store for the Linyekula.

“Both pieces are built around a journey, this journey back to Kisangani after many years away, to see what has become of Faustin’s childhood friends,” Virginie Dupray, the studio’s manager, said via email. “It’s also a journey to the future, to what’s next.”

Through it all, dance remains the chosen form of expression.

“Dance is the magic of joy that invades and tickles your veins,” Mbwiti said. “That sets your foot moving without your head thinking, that would move your head and your feet wouldn’t know.”