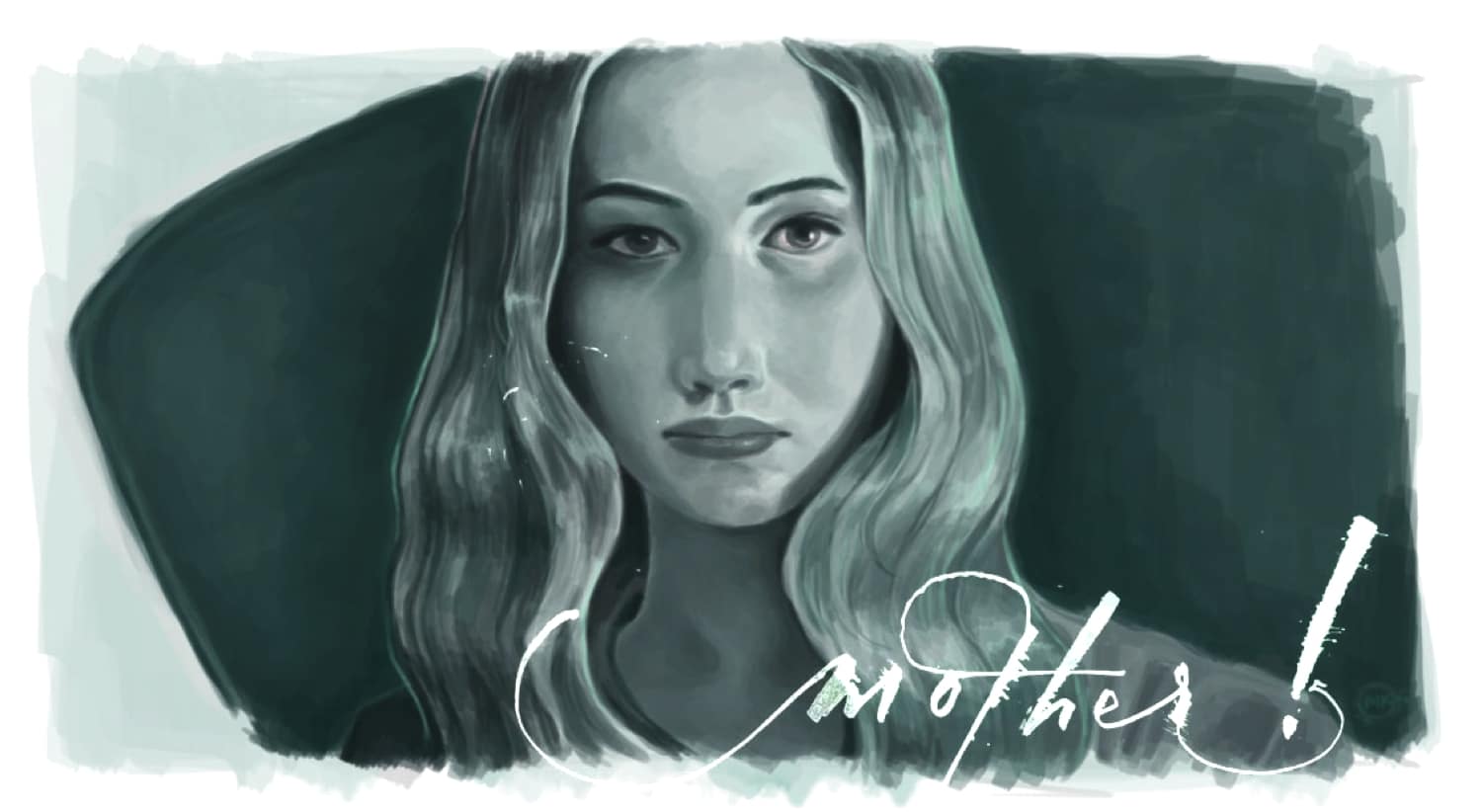 Written and directed by Darren Aronofsky, “mother!” is a psychological thriller starring Jennifer Lawrence and Javier Bardem as a couple living in peaceful isolation until a strange visitor unexpectedly arrives and begins to cause conflict. Before my viewing, I stayed away from any explanations and the abundance of discourse, looking to get an unbiased and genuine reaction to the film. This proved to be a challenge as “mother!,” if anything, is making people talk. Brace yourselves and your sinks, because this film made me more anxious than “Dunkirk” and more scared than “It;” Aronofsky needs a hug and I need a Xanax.

Before I delve into the flaws and larger issues that arose in the film, let’s talk about what “mother!” did right. Lawrence, Bardem and Michelle Pfeiffer gave amazing performances. Lawrence’s performance was especially emphasized through the cinematography; most of the film features close-ups of Lawrence, the back of her perfectly styled hair extensions or the camera following her every move. I found myself begging for a wide shot, but Aronofsky is a controlling sadist who wants you to suffer as much frustration and isolation as the protagonist.

Without spoiling the movie, there are moments in the film so graphic (some I had never before seen in a film) that they will leave your jaw dropped. This movie is hard to watch, despite its admittedly decent visuals and direction, and I can only imagine the difficulty of acting some of these scenes out. Y’all who know me know my intense hatred for J. Law (Lawrence), but she really earned a gold star. Also, she’s dating Aronofsky; imagine your man directing you to scream to the point that you tear your diaphragm.

I can understand how some hate the movie and why most are confused. This movie is not for everyone. The biggest thing we can take away from “mother!” is that while it leaves the audience perplexed, it brings to light questions on allegorical movie-making, audience reception and whether or not the ends justify the means.

After revisiting “mother!,” the themes felt incredibly heavy handed and I was left confused by how I did not pick up on such blatant references earlier. Perhaps my complete immersion and total captivation was due to the brilliant direction and storytelling, or maybe it was due to the sheer fact that I could not look away from this cinematic absurdity. Either way, hindsight is 20/20, and this had me thinking how drastically different my movie-going experience would have been if I had read even one of Aronofsky’s statements on how Lawrence represents mother earth and Bardem represents God. Regardless, the viewer is left wondering if subtext or a motif can be a spoiler.

What is so hard to understand is not “mother!’s” complexity, but its striking simplicity after further reviewing the film that leaves the viewer dumbfounded on how they missed the in-your-face brutal storytelling. Conversely, the conflicts of “mother!” are attached to multiple allegories that lead to a multivalency so ridiculous that the number of various viewer interpretations creates a messy dialogue on what “mother!” was even about. Nonetheless, Aronofsky wanted this movie to be polarizing; he wanted a ‘boo’ and a standing ovation. He wanted confusion and rage. It is up to the individual to decide if the auteur went too far.

The movie is polarizing due to how one would perceive the ridiculousness of some of the plot points. Some think the ridiculousness is justified for the sake of the allegories while others see these scenes as unnecessary, uncomfortable, with shock factor added to the movie to get a rise out of viewers. This leaves the casual movie-goer confused, wondering if their interpretation was completely wrong after reading Aronofsky’s straightforward intentions.

It is very obvious Aronofsky likes to break rules with this taboo-ridden filmmaking and knows how to use complex, dark motifs, but some would argue Aronofsky wouldn’t know subtle metaphors if they slapped him in the face. On another note, allegories are meant to be interpreted in different ways, regardless of artist’s intent.

I’ll leave you with some of my own questions to which I would love answers: What was the yellow medicine? How did Aronofsky know what it was like to do laundry at Oxy? Why am I so attracted to Domhnall Gleeson? Why did they cut bread with a serving spoon? Why can’t Ed Harris just leave people alone?