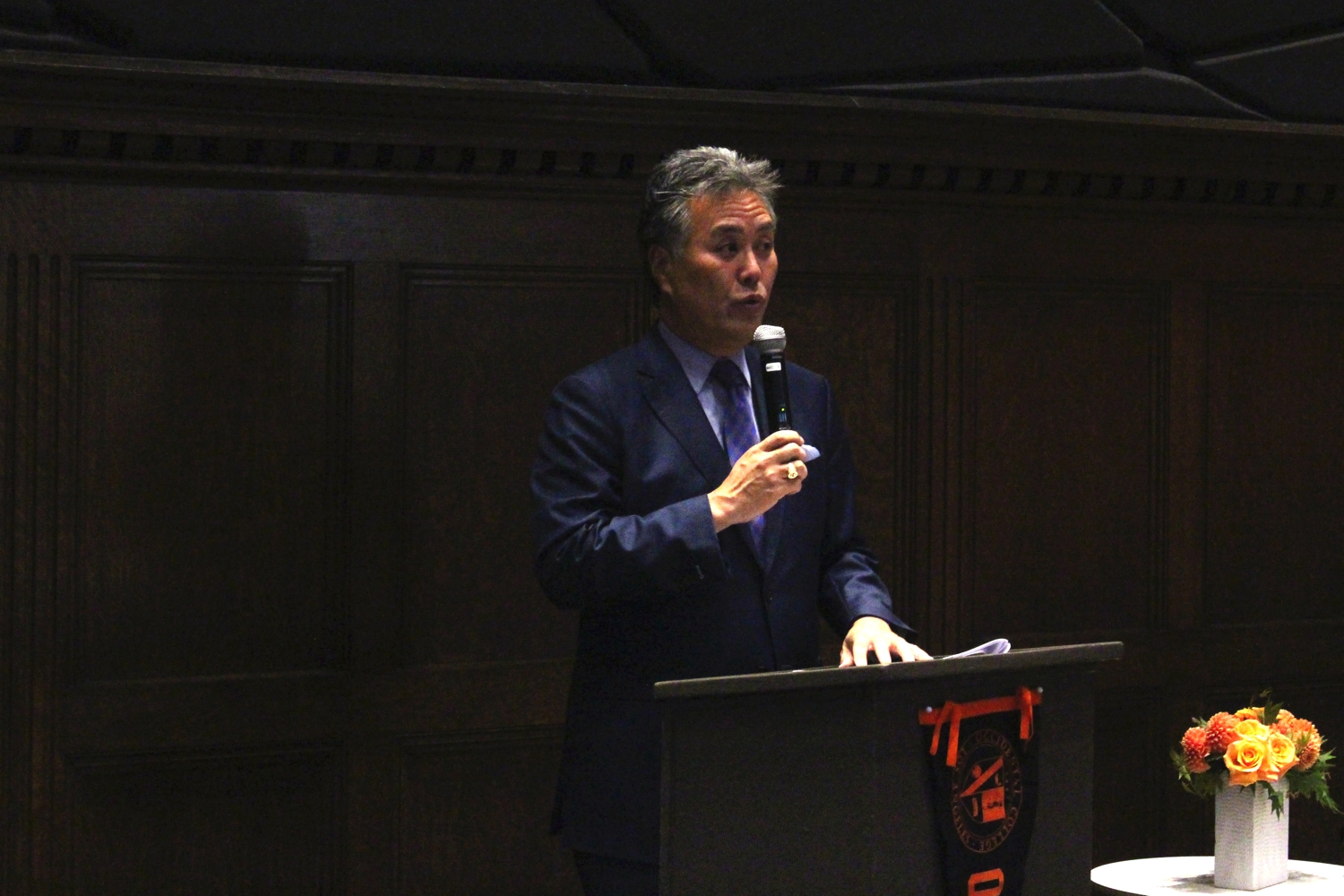 Never Again is the on-campus organization creating archive exhibits and inviting speakers like Takano to share their perspectives. Occidental has its own history of resistance with respect to Executive Order 9066: In 1942, Occidental President Remsen Bird created an initiative to transfer Occidental’s six Japanese-American students to other liberal arts colleges across the country to avoid incarceration. President Bird collected and preserved this history in the college archives.

Julie Kimiko Santos, associate director of IPO, invited Takano to campus because of his political expertise and personal connection to the internment camps. Santos explained that Takano’s talk would cover a wide range of relevant topics centered around nationalism, identity and human rights. According to Santos, Executive Order 9066 does not receive the same academic attention as other historical events, which she attributed to a cloud of shame that floats above the topic.

“It’s not something we’re proud of. If we hide and just put it under the rug and don’t address what our mistakes are, we don’t learn from them and we repeat them,” Santos said. “The fact that we can have this dialogue in a place like Occidental College, where people are willing to engage with these topics, shows that we’re the kind of country that wants to improve and make change happen.”

Takano delivered an address to the community of Occidental in a nearly-full Choi Auditorium. His opening remarks included high praise for Occidental as an academic institution and a community of courage that supports its students. Before discussing his family’s involvement in the internment camps, he acknowledged the relevance of Executive Order 9066 in our current political climate. He warned of the dangers of divisive political rhetoric and policies of ethnic isolation.

“We are living in a struggle over what it means to be an American,” Takano said. “America has always been a work in progress. What risks will we take to protect America?”

The crowd was a mix of Occidental students and older members of the Eagle Rock and greater Los Angeles community. During the Q&A segment of his talk, several crowd members revealed their personal connections to the camps. The Congressman addressed and evaluated the ripple effects of Executive Order 9066. Many Japanese-Americans lost their homes and jobs during this incarceration, leading to a time of poverty and struggle when released from the camps.

Takano also described in great detail the way in which Japanese-Americans were forced into prison camps across the country. They were told they could bring a total of 60 pounds of personal belongings then ushered on trains toward these concentration camps. These trains often included tinted windows so that passengers could not see out and on-lookers could not see in. With these narratives in mind, he urged the American people to come together to unite and educate against injustice.

“Ultimately it comes down to public sentiment. The camps are a lesson of history that needs to be thoroughly understood and re-taught. The role of young Japanese-Americans is to know your history and share your stories” Takano said.

Takano referenced Trump’s Muslim ban and the way recent immigration policy impacts the immigrant community in the U.S. He noted that the millions of people who are forced to live in a broken immigration system contribute to the collective cultural mix that is the American people.

Miki Konishi (senior) used the Q&A segment after Takano’s lecture to ask what role the younger generation of Japanese-Americans play in preserving their ethnic traditions. When asked how the story of Executive Order 9066 made him feel about being an American, Konishi delivered this answer:

“It makes me feel alienated because they didn’t care about us, but also resilient because we were able to push through it,” Konishi said. “It feels very empowering to know about this history.”