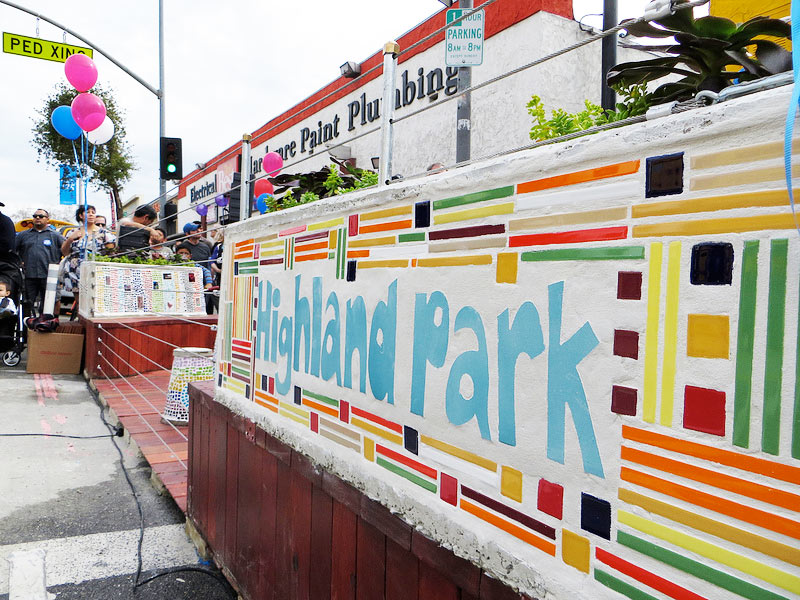 Renovations are underway at Occidental College’s newest off-campus property to turn the building into an extension of Oxy Arts. The college purchased the 5,400-square-foot building on the corner of Armadale Avenue and York Boulevard in 2015, according to Deena Selenow, Oxy Arts director and administrator for the new venue. Selenow explained that the space — formerly occupied by the liquor market, Ocxy Store — is intended to connect the arts program on campus with the larger Eagle Rock community.

The property is sectioned into seven individual units, according to Albina Ferreyra, special projects manager for the college. She said once renovated, four of the seven property units will be given over to Oxy Arts to use as a performance and lecture space. One part of the structure is designated as an art gallery similar to the one on campus in Weingart. Additionally, Ferreyra said the college has designated the other two units for commercial use.

Allegra Padilla, coordinator of community programs for Oxy Arts, the Center for Community-Based Learning (CCBL) and the Institute for the Study of Los Angeles (ISLA), explained that Occidental will be very selective when choosing tenants for the commercial units.

“Once the space is complete, the plan is for two eateries to be opened. They will not be national chains and will provide affordable options for the Oxy community and neighbors,” Padilla said via email.

While Occidental has many events that are free to the public, Selenow said it can be difficult to advertise them to people living off campus. The building on York is meant to make available Oxy Arts’ array of performances, lectures, workshops and exhibitions to the greater community.

“The college saw this as an opportunity to break the Oxy bubble and see how we can become a more open, community-facing place,” Selenow said.

The college is also responding to concerns about Occidental’s role in contributing to gentrification on York Boulevard. The building is close to campus, surrounded by homes and local businesses. The LA Metro bus route 83 to downtown LA stops directly in front of the venue, which may generate more traffic in the neighborhood once Oxy Arts begins hosting programs there.

Selenow explained how she, Padilla and other staff from the CCBL, ISLA and Oxy Arts went into the community over the summer to address concerns and engage in dialogue with existing residents. This included attending neighborhood council meetings and reaching out to K-12 schools in the LA Unified School District.

Also addressing the issues is the Principle Working Group — an on-campus group composed of faculty, members of the CCBL, the Urban and Environmental Policy Institute (UEPI), the Office of Community Engagement (OCE) and the Center for Digital Liberal Arts (CDLA), as well as a number of local community partners including Innovation LA and civic leaders of local government. The group is drafting a set of guidelines for how the college can ethically use a commercial space in the local community. They plan to submit the guidelines to the college’s board of trustees for approval, according to Selenow.

“Overall, the team I work with and the community members we have spoken with, both off and on campus, are very excited for this project. It is the first commercial property Oxy has purchased,” Padilla said. “We also acknowledge the complexity of being in an area that is experiencing displacement due to gentrification and working within an institution that has power and privilege.”

Another concern is disturbances caused by the construction. Susan Moss, a local artist who has owned the remaining building space since 1983, was particularly worried about the negative impact of noise.

“It is very quiet and there is no construction going on yet, so it’s very nice,” Moss said. “But I don’t know what it’s going to be like when they have this big entertainment complex. I don’t know if I’ll be able to work — that’s my concern.”

Renovations will continue throughout 2017 and are projected to finish by Fall 2018. According to Ferreyra and Selenow, the building requires a new roof and modifications to make it wheelchair accessible.

Moss was originally worried about how the construction would damage her part of the building.

“The landlord, prior to Oxy buying it, was a slum landlord,” Moss said. “He didn’t repair or fix anything until it was really bad news.”

Moss said after voicing her concern, the college offered to renovate part of her building to prevent damages that might occur during the construction.


In order to minimize disturbance to the closely surrounding area, signs have been placed on the sides of the building explaining the reason for construction and inviting anyone interested in learning more to attend the “Creative Exchange” fall workshops hosted by Oxy Arts to increase open communication between the college and curious locals.

“I want as much knowledge sharing as possible, like how do we do this right? How do we do this in a way that is beneficial for all? And it is really hard. It’s definitely what I think about all the time,” Selenow said.