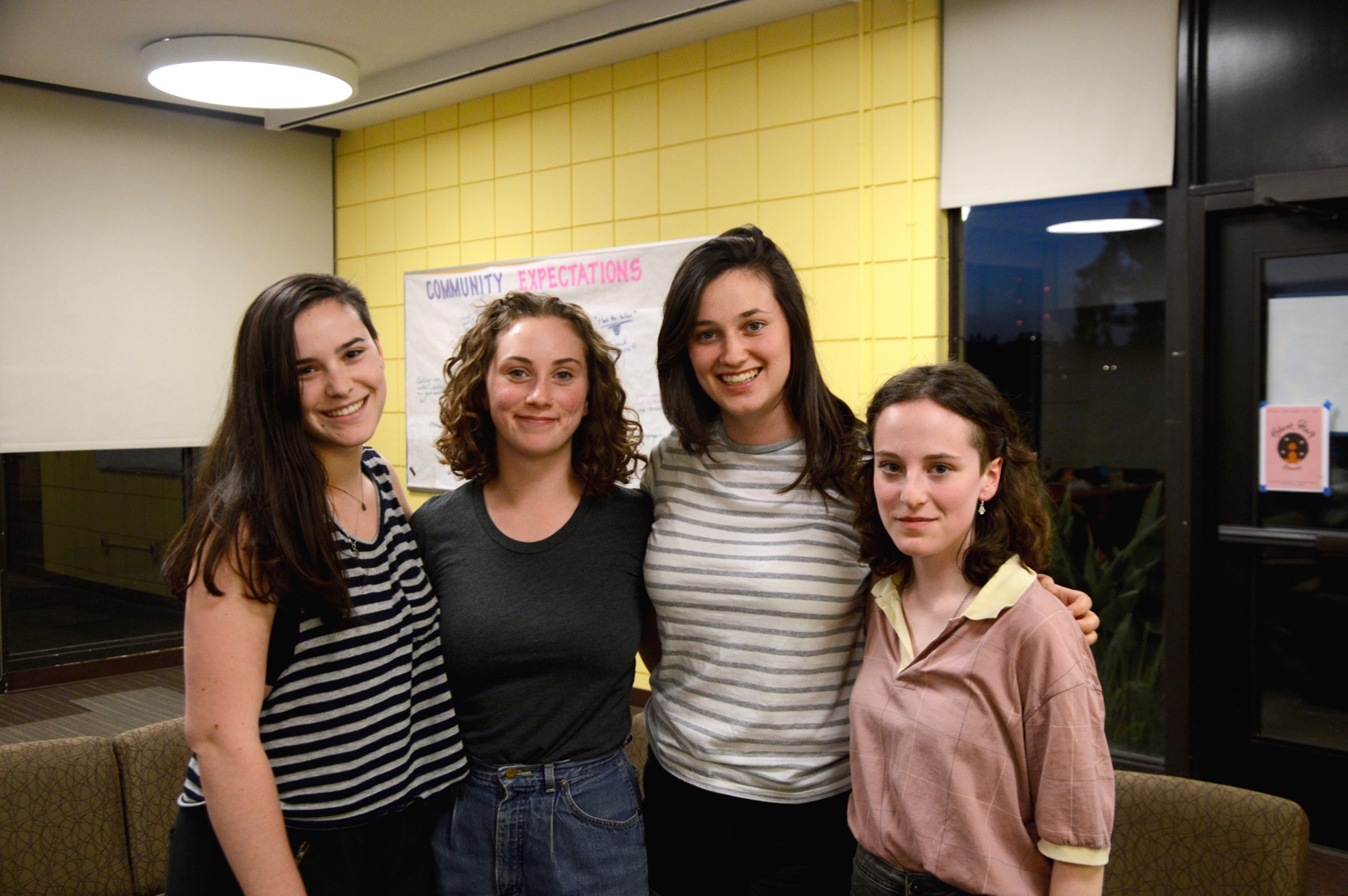 The Jewish Student Union (JSU), a new but not yet official club, merges Jewish identity with progressive politics to create a distinct space on Occidental’s campus. JSU’s executive board members, Claire Krelitz (sophomore), Sophia Kauffman (junior), Natalie El-Hai (first year) and Naomi Brauner* (sophomore), began hosting discussions and meet-and-greet events last fall to increase student interest in the new group. Kauffman said several members, who are now abroad, have also been working to organize JSU since the Spring 2016 semester. Kauffman, El-Hai, Brauner and other organizers involved hope to be officially recognized as a campus club by the end of this semester and plan to host teach-ins and more discussions, like the Shabbat they hosted March 31.

The club’s president, Krelitz, explained that JSU wants to create a club that embraces Jewish identity, progressive political action and an anti-occupation stance on the Israeli-Palestinian conflict, which differentiates the club from other Jewish organizations on campus.

“Israel is this issue that really drives a wedge between Jewish identity and being a leftist, progressive liberal so we wanted to find a space where we could bring these two [identities] together and have them work in unison versus being put in opposition,” Krelitz said.

In her personal experience, Krelitz has found the intersection of leftist politics and Jewish identity scarce.

“In a lot of other Jewish spaces I’ve been in — whether that’s temple or Jewish summer camp — the main common denominator is being Jewish, it’s not the politics,” Krelitz said.

As a cultural club, JSU will hold events like Shabbat and serve as a space for Jewish students to connect with cultural aspects of Judaism. This cultural focus also distinguishes JSU from J-Street, a larger organization with an Occidental chapter, that is solely focused on politics concerning the Israel-Palestine conflict.

Occidental’s other Jewish student group is Hillel. Sara Packer (junior), current Hillel member and prospective club president explained that Hillel is more focused on supporting and celebrating Jewish students on campus and they generally avoid politics in order to be welcoming to as many students as possible.

“I know that some Jewish students on campus wish Hillel also had more political events so I hope that JSU will help fill those needs,” Packer said via email.

Packer added that she is glad to see another Jewish student organization on campus.

“I hope that we will be able to collaborate with JSU in the future … I think that our clubs have the potential compliment each other well, meeting different needs of the Jewish community,” Packer said.

Krelitz, who said she sees Hillel as an apolitical group, stressed that JSU does not have any animosity toward Hillel, nor a desire to be in competition with their group. JSU’s goal is to be an additional Jewish-focused space that adds a liberal political element.

In the future, JSU hopes to collaborate with other organizations on and off campus.

“We want to be able to be a cultural club on campus like other cultural clubs in that we’re organizing horizontally and we’re all being allies for each other and working together to achieve collective liberation,” El-Hai said.

El-Hai also said she had been in touch with a nearby chapter of the national Jewish political group IfNotNow, a Jewish American group that opposes the Israeli occupation of Palestine, and was interested in partnering with them.

Kauffman added that she attended a student retreat organized by the national group Jewish Voice for Peace, a grassroots group that is also against Israel in the Israeli-Palestinian conflict. She felt that it was another potential partner.

“I think it very much aligns with what we as an organization at Oxy want to do,” Kauffman said.

JSU also plans to continue hosting Shabbat on Friday evenings to engage in discussion. The Shabbat held March 31 began as a casual gathering with food but transitioned into a more serious discussion in which members of the group discussed what it means to be Jewish, issues surrounding Israel and how anti-Semitism still exists and should be fought. El-Hai, who helped lead the Shabbat discussion, said this kind of education is important because some liberals do not recognize anti-Semitism as a current issue.

“We’re trying to address these problems in leftist spaces and educate people, and at the same time we’re trying to [leave space for] other pressing political issues. That’s hard to balance, but that’s what intersectionality is,” El-Hai said.

*Naomi Brauner is a staff writer for The Occidental Weekly.

Have a tip? Email us at Weekly.oxy.edu or Tweet us @OxyWeekly