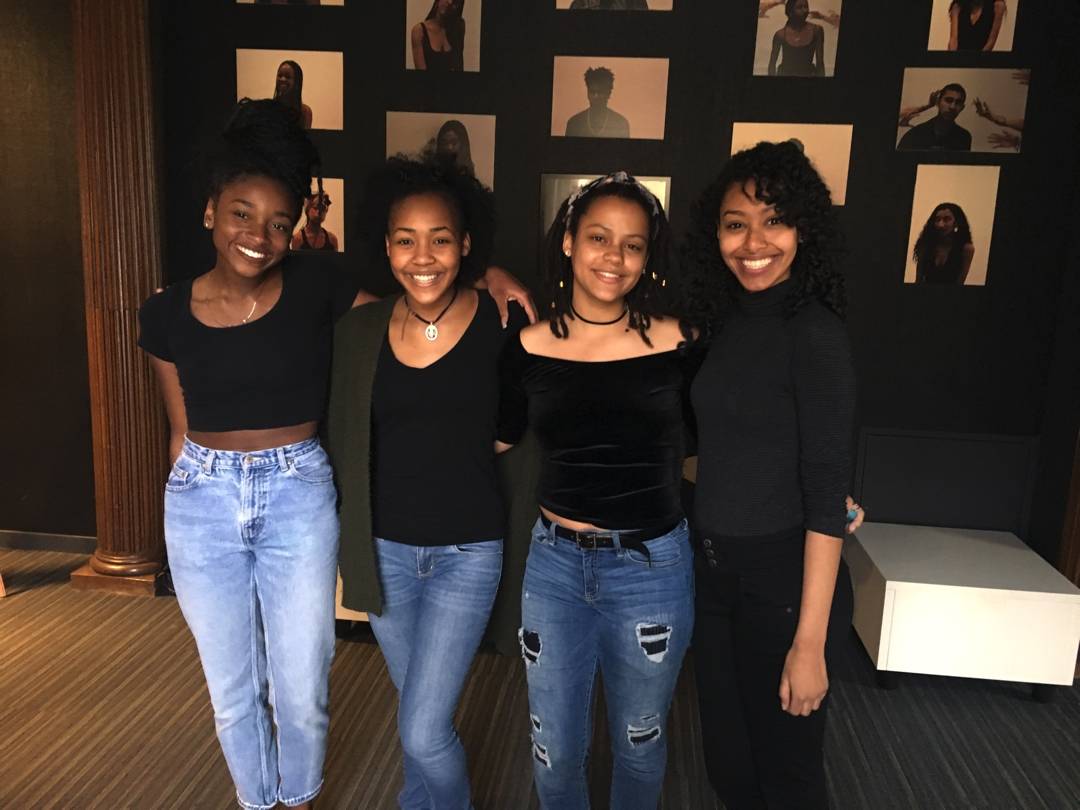 Four Occidental first-year women: Anastasia Cusack-Mercedez, Elena Daniel, Ronnie Doss and Darla Howell recently produced a documentary titled The Black Hair Project. The documentary is composed of interviews with sixteen black-identifying Occidental students about personal stories regarding their hair and how it has helped shape their identities. The film premiered at 5 p.m., Feb. 26 in a packed Choi auditorium of roughly 100 people. The premier also included a photo gallery of student work and spoken-word poetry performed by Howell.

Cusack-Mercedez, Daniel, Doss and Howell conceived the idea for this project sometime in November when they were sitting in their dorm room talking about their hair.

“We were all in our rooms talking about our black hair, our stories and struggles, and then we realized how important our hair was in constructing our identities,” Daniel said. “Then we basically came up with the idea for the Black Hair Project.”

The students were able to actualize their project by receiving funding from Diversity and Equity Board (DEB) and support with advertising from the Black Student Alliance (BSA). Aside from help from DEB and BSA, the students explained that they produced the event independently, out of the desire to recognize and celebrate black identities and experiences.

The original concept for the Black Hair Project was to produce a documentary. The women wanted the documentary to simulate the moment they had in their dorm room where people could have a space to share their individual stories. Cusack-Mercedez explained that she and the other event organizers posted in a number of Facebook groups to attract interviewees because they wanted individuals to voluntarily approach them in order to be featured in the film.

Doss took responsibility for organizing and producing pieces for the gallery. She recruited friends who were willing to be models and photographers. A few photos featured male students getting their haircut at a barbershop.

“One day they were going to go to a barbershop and we wanted to get a male perspective, too,” Daniel said.

“[We] thought of some songs that we like that have to do with self-love, our racial identities and our favorite artists: Erykah Badu, Jill Scott, Solange, just about black hair and empowerment,” Daniel said.

The organizers’ hope for the event was to offer a source of identification and affirmation for those who could relate and to provide an eye-opening experience for those who could not. Additionally, through the sharing of personal stories, they aimed to destroy stigmas behind black hair.

In the documentary, they asked interviewees how microaggressions have shaped their feelings towards their hair. Cusack-Mercedez said this section was particularly important as it aimed to educate people who were unaware of the impact their actions, such as touching hair or making insensitive comments, had on the psyche of those who wear their hair in a particular way.

The overall atmosphere of the event, with the music selection and the photo gallery matched the commemorative intent.

Given the responses they received after the event, they were successful in this regard. Doss was approached by numerous members of the Occidental community, including students she had never met, who told her how much they appreciated having an event like this take place.

“I think a lot of the time, the Oxy community can be very disengaged and not involved in certain issues so it was refreshing to hear that our project made a difference, or educated them or helped them to feel more comfortable,” Doss said.

The process of creating “The Black Hair Project” and honoring a crucial aspect of their own identities impacted the organizers as well.

“I think the whole project and in talking with my friends about my hair reassured the self-love about my own hair,” Daniel said. “Growing up I was taught that straight was great. I felt different, I just wanted to be like everybody else and so I was on this pursuit of this false sense of perfection: straightening my hair, manipulating it to get it as straight as possible and that’s not what love is, that’s not loving your hair.”

The documentary can be viewed here.