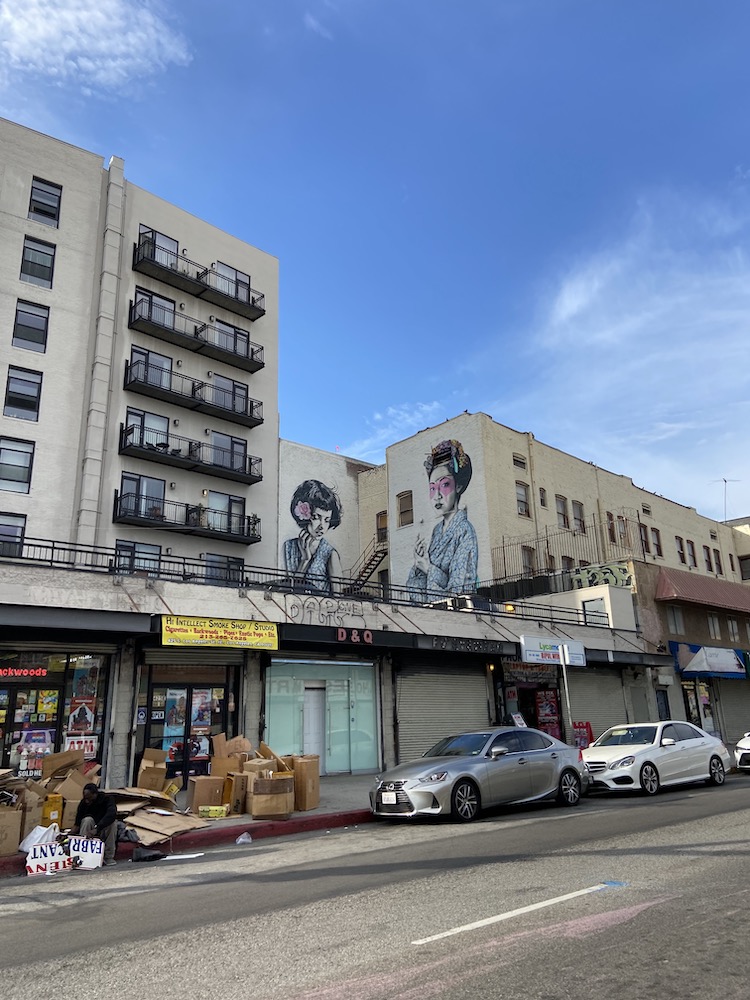 “As a Councilmember that represents significant numbers of Asian Americans, including Chinese, Korean, Filipinos, and Vietnamese, I am disgusted by these horrible acts of violence that have resulted in death and injuries,” Cedillo said in the statement. “These attacks, fueled by racism and xenophobia, have not only taken a physical toll on the victims but severe emotional impact on them and their loved ones.”

Cedillo initiated a multilingual educational campaign in response to the increase in anti-Asian American and Pacific Islander (AAPI) hate incidents by distributing flyers to seniors in Chinatown, Koreatown, Westlake, Pico-Union, Highland Park and Lincoln Heights. Through this campaign, Cedillo said he aims to identify who is being impacted by anti-Asian hate and where such events are taking place in order to provide better protection for those affected, as well as educational resources and policies that can put an end to these incidents.

“I knew it would escalate to Asian Americans getting hurt. I knew ultimately, it was just a matter of when it would involve guns and a mass shooting,” Porter said. “So for me, it was like living in a pressure cooker where you’re just waiting for that thing to pop and explode.”

Cyndi Otteson, former vice president of the Eagle Rock Neighborhood Council (ERNC) and 2020 city council candidate in CD-14, said she also anticipated the recent rise in anti-Asian hate, given the Trump administration’s handling of the pandemic.

“It’s no surprise to me. I think that we all were bracing for a tragedy or a moment like this,” Otteson said. “I’m deeply saddened and just disappointed because we knew that this was coming.”

Despite the fact that Trump’s anti-Asian rhetoric was directed at China, other Asian ethnic groups have been targeted in the recent hate crimes. According to sociology professor Jan Lin, this pan-ethnic umbrella category of Asian Americans can be damaging, as seen in the attacks on a wide range of Asian Americans.

“Perpetrators of racism can’t necessarily distinguish the difference between the Chinese, Japanese and Filipino,” Lin said. “So, it’s part of the challenge for standing up for the rights of Asian Americans.”

The owner of Leanna Lin’s Wonderland in Eagle Rock, Leanna Lin Fong, said she is still processing the recent hate crimes against the Asian American community.

“Honestly, I’ve been so overwhelmed with everything that’s been going on, I don’t even know if I’ve fully been able to process it,” Fong said. “I’ve been deeply saddened by it all.”

According to Lin, Eagle Rock has historically been supportive of the Asian American community. Lin cited Homer Lea, a general who attended Occidental College from 1896 to 1897, as a good example of such relations.

Lin said that Lea entered the military after he finished college and eventually supported the efforts of the Chinese revolutionary nationalists in China. Due to his affiliation with the Kuomintang Revolutionary Party of China, Lea helped train Chinese troops in Eagle Rock periodically from 1903 to 1909, showing that the region and the community surrounding Occidental had had friendlier relations with Asians in comparison to other parts of the city.

The 1942 Executive Order 9066 that called for the internment of Japanese Americans signaled another instance in which the Eagle Rock region, specifically Occidental, demonstrated friendly relations with the Asian American community.

According to Lin, at the time of this order, there were six Japanese American students attending the college and then-President Remsen Bird helped prevent the internment of these students. Bird personally organized a campaign in collaboration with presidents from other colleges in the country to relocate the students to other colleges so they would not be interned.

According to local NELA elder Nora Tomase, her life has not been significantly impacted by the recent rise in anti-Asian hate but recognizes there is a chance that what is happening to other Asian Americans could happen to her as well.

“We are all very disappointed and outraged, because what happened to them could happen to us,” Tomase said. “We really sympathize with their feelings.”

With the shooting in Atlanta as one example, Otteson said intersectionality adds a cultural layer of complexity as Asian American women are more vulnerable to both racialized and sexualized violence and discrimination.

“I think especially in the Atlanta killings there’s a lot of intersectional issues. There’s misogyny and racism as well as economic instability when we’re talking about the status of women or the tokenization of Asian women,” Otteson said.

According to Livas Porter, the model minority myth also plays an important role in the ways the Asian-American community has dealt with the rise in anti-Asian rhetoric.

“Asian Americans have been targets of othering, and because our culture is a model minority stereotype, where we don’t complain we just do the work, we work hard and we succeed, that has been used to weaponize against other oppressed populations,” Livas Porter said. “It’s unfortunate because essentially, we stopped speaking out about what was hurting us.”

Amid the recent rise in anti-Asian hate, community members have taken precautions in order to ensure their own safety. According to Livas Porter, she started taking Krav Maga classes to ease her worries about her own security.

Otteson said that people being able to tell what race she is in public has led to some anxiety, and she has taken precautions to make this aspect of her identity less obvious.

“I don’t feel safe walking by myself, and mostly have a full mask on and a hat, and people can’t tell what race I am, which has just added to my anxiety,” Otteson said.

“If you had a whistle on a chain, it would provide you with some sense of security that you could blow a whistle and make a noise,” Irwin said. “If somebody’s saying something to you, if nothing else, you could drown them out and call attention to this.”

To prevent hate crimes against the Asian American community in the future, Otteson said increasing policing is not the solution.

“Rising anti-Asian violence doesn’t necessarily mean that we want more policing,” Otteson said. “Something I want Asian American people to understand is that policing and anti-Asian violence and anti-Blackness is all interconnected to this framing and history of white supremacy in our history.”

Instead, Otteson said political leaders have an important role to play when dealing with these issues and supporting the Asian American community.

“I think it’s important for our elected leaders to not only be speaking up, but also talking about what they can do to step in and show up for us,” Otteson said. “We need to make sure that we have leaders that are actively working with people in our community to encourage them to speak out and to give us a platform.”