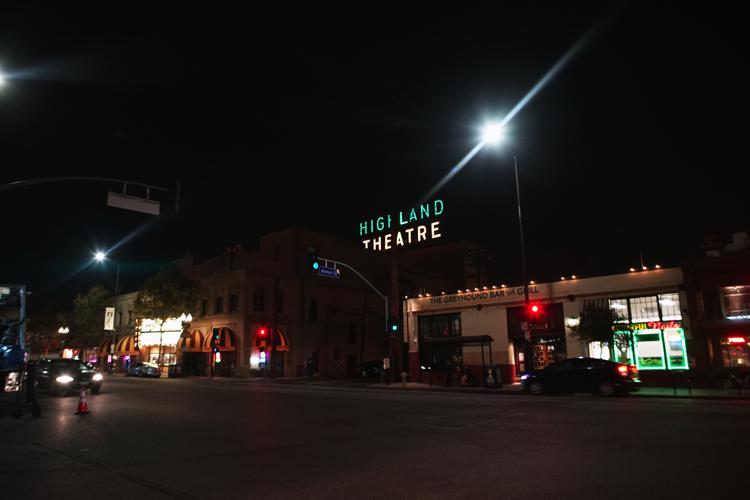 The old-fashioned decor of The Highland Theater brings my grandpa’s stories to mind. I envision him paying 25 cents to go see a movie when he was my age. One of the oldest movie theaters still standing in Los Angeles, The Highland Theater hosted The Highland Park Independent Film Festival, which took place Oct. 5-8. The theater was a perfect setting for watching unique, untold stories within the epicenter of the world’s entertainment industry.

According to Gentile, what makes Highland Park Film Festival so special is the emphasis he puts on the quality of the films showcased and the respect he gives to the filmmakers. Furthermore, the festival serves as a celebration and preservation of the diverse, artistic history of Highland Park and as a way to share new, untold stories.

“It brings people together in one of the oldest theaters in Los Angeles,” Gentile said. “The film festival is for the community. It’s built by artists and filmmakers, who want to share independent films with the community and that’s our goal. To bring unique, independent cinema to Highland Park.”

Occidental’s own Professor Broderick Fox of the Media Arts and Culture department was a judge for the documentary genre of the Highland Park Independent Film Festival. Gentile first reached out to Fox the year Gentile started the festival, looking for ways to include the Occidental community in the event. Since then, the two continue to collaborate on how Occidental students can engage with the festival.

This year there will be a follow-up showing on Occidental’s campus. Professor Fox, in conjunction with Alessandro Gentile, will be putting on an encore presentation of six short films that were showcased during the festival at 7 p.m., Oct. 20 in Choi Auditorium. Following the screening, there will be a Q&A session with some of the filmmakers.

Professor Fox once lived in Highland Park and, like Gentile, believes that the neighborhood fosters a unique community of artists. Fox concurs that the Highland Park Independent Film Festival is important to keeping that community alive.

“Highland Park has an incredible history of being a space where artists reside and produce and convene and collaborate and I still think that’s the case,” Fox said. “One of the questions [gentrification] raises is, is this still going to remain a space where artists can continue to exist and produce and collaborate. I think having a film festival is a really great way to continue to assert that there are distinctive creative art processes happening here and that the community where one lives matters,” Fox said.

Each film concluded with a Q&A session with the director of the film — an interactive end to another great year.

Love independent film and/or Brody Fox? Email us at weekly@oxy.edu or tweet us @OxyWeekly.

Letter from my tiny college apartment

Local artist Dorian Wood is a ‘vessel for change’