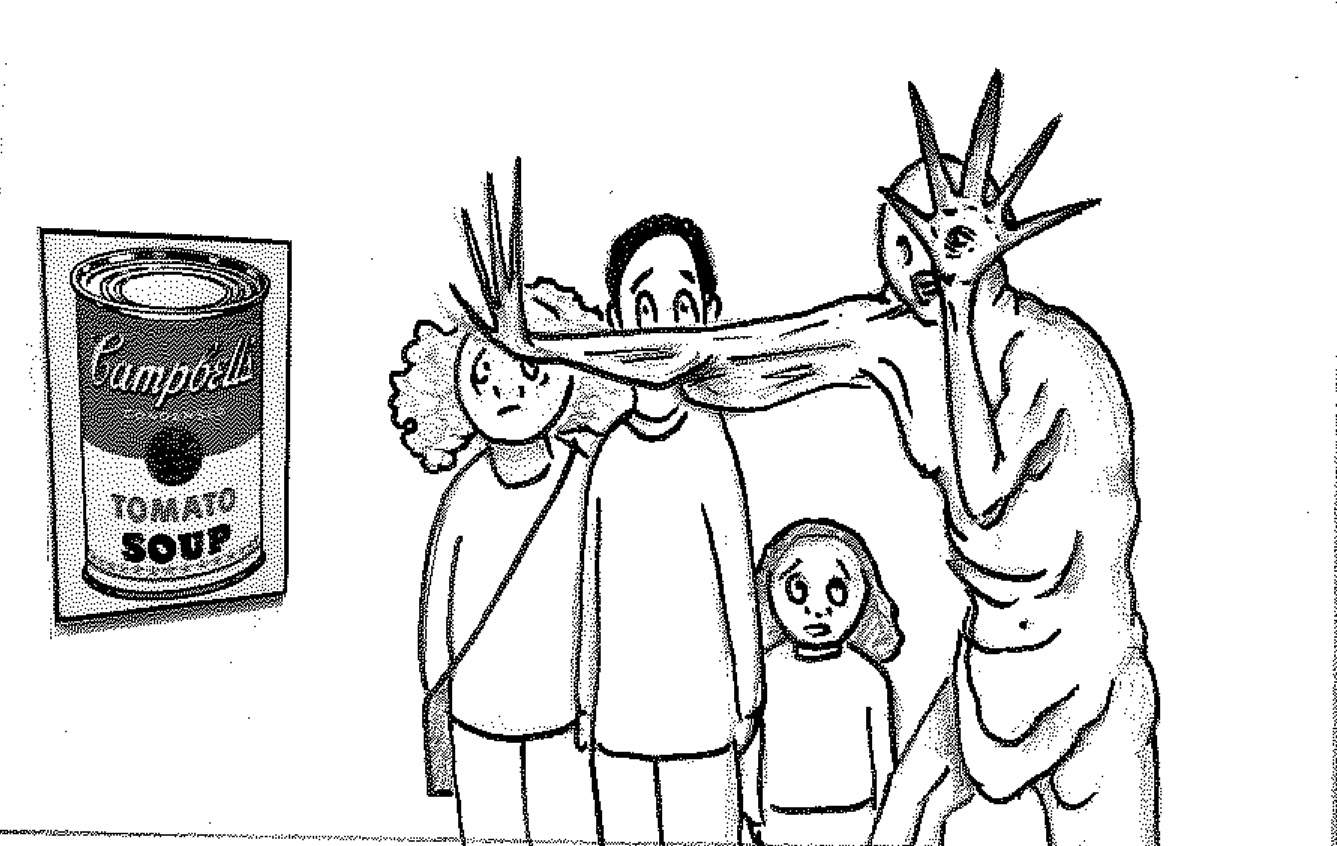 One does not enter into a space like LACMA with the expectation to be scared, but del Toro’s retrospective exhibit, full of his beautiful and monstrous creations, changes all of that.

Horror has found its home at the Los Angeles County Museum of Art (LACMA). LACMA is now featuring filmmaker Guillermo del Toro’s first museum retrospective,”Guillermo del Toro: At Home with Monsters.” The exhibit which displays approximately 500 objects of del Toro’s work and inspiration, is organized thematically — exploring eight themes, including “Childhood and Innocence” and “Death and the Afterlife.”

Del Toro’s inspirations are diverse and broad, reflected by the range of media throughout the museum exhibit. Sculptures stand scattered throughout the space, movie clips play at standing eye level and trinkets and pages from books litter the walls. The exhibit is both a celebration of del Toro’s art and a peek into the inner workings of the mind of a master of horror.

Del Toro was born in 1964 into a deeply Catholic household in Guadalajara, Mexico. He was intrigued with film at young age and kept a journal of drawings, ideas, phrases and images that he would later use as resources for his work. Del Toro has created art in various mediums but is most notably recognized for his films. He debuted his first movie, “Cronos,” in 1993, followed by The Devil’s Backbone (2001), “Hellboy” (2004), “Pan’s Labyrinth” (2006), “Pacific Rim” (2013) and “Crimson Peak” (2015). Del Toro now resides in a suburban Los Angeles home, which he calls “Bleak House.” The house — named after the Charles Dickens novel — is a real-life haunted mansion filled with his creations and collections.

Del Toro’s work is deeply haunting. The first thing visitors will notice about the exhibit is the Angel of Death looming overhead, and the last, a visual exploration of the afterlife. The horror weaved into the exhibit is at once enchanting and arresting. The exhibit is challenging, contemplative and beautiful, but it is also gut-wrenching and evokes a most primal fear and disgust of the grotesque.

Del Toro’s inspiration draws from the past, both from his own life and from the tales of his favorite authors and artists. The incorporation of his troubled upbringing in his films adds a level of intimacy to his work. His marred relationship with Catholicism and a childhood of repression are also integral to his art. Subjected to exorcisms by his grandmother as punishment for his fascination with monsters, del Toro was familiar with the themes of sin and death from a young age. Del Toro’s intimate connection with his influences permeates his films, setting his work apart from most horror films.

For Tiffany Goh (senior), a Media, Arts and Culture (MAC) major and student of photography, del Toro’s influences are what draws her to his films. While interning at the LACMA last year, she was able to see the exhibit come to life. Coming from a photography background, Goh was struck by del Toro’s range of influence and perspective, as well as the way he explores horror through film and blends the fantastical into his stories.

“What he is trying to say is so clear to him because he knows what he is being influenced by and what those influences mean,” Goh said. “He can bring those influences together and construct them in a way that is meaningful and there is an intellect about it.”

Del Toro’s work also draws from sources outside of his life. The dark styles of writers like Edgar Allen Poe and H.P. Lovecraft are evident in his productions. Furthermore, Victorian Era writer, Charles Dickens, intimately affected his work. The combination of fantasy and reality in Dickens’s novels pervades much of del Toro’s films.

The exhibit further explores the Victorian connection to science in the collection of insects and creatures. Pinned insects decorate the walls; they are not quite monstrous, but rather, freakish extensions of our natural world. Guillermo’s more human-like creatures blur the dichotomy of nature and the civilized world. His characters often posses reason and rationality, forced to make sacrifices and take responsibility for their destinies.

“What I find compelling about del Toro’s work is that it draws from diverse cultural and artistic sources, both high and low, including painting, comic books, b-grade films and fairy tales, while also bending genre through a combination of romance, horror, and fantasy elements,” Dr. de Fren said. “His films, like his monsters, are hybrid creations, which seem to draw equally from the Latin American tradition of magical realism, gothic horror and American pop culture.”

Dr. De Fren found that del Toro is exceptional in his development of character psychology. After attending a Q&A with del Toro for “Devil’s Backbone” (2001), she noticed his care in maintaining that his work was a coming-of-age story with a ghost rather than simply a ghost story. While del Toro’s images are arresting, his use of visual imagery comes secondary to the message.

However haunting it may be, del Toro’s art does not force the viewer to look away. Instead, his images draw in the audience. The detail is enchanting.

Del Toro’s thoughtful and unconventional methods of exploring the genre of horror challenge the audience to think critically about their perceptions of monsters and of terror. Viewers have the unique opportunity to accompany del Toro through a journey of his beautiful, complex and haunted imagination.

You can take part in this journey through Nov. 27. That is, if you dare.